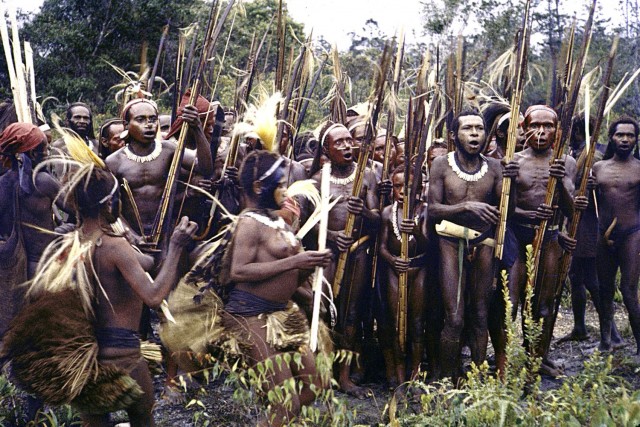 Last week two young men revealed their terrible history: they feared for their lives, thinking of being eaten by a tribe of cannibals in Papua New Guinea.

Briton Matthew Iovane and his American girlfriend Michelle Clemens, both 31, were finally able to go on their dream trip to Papua New Guinea to follow the Kokoda Trail, a path of 96 km through the jungle.

The dream, however, turned out to be a nightmare when they were kidnapped by an indigenous tribe.

They were completely stripped, blindfolded and were led into the jungle. Once there the blindfolds were taken off and the couple found themselves faced with hostile natives, some with masks made of feathers.

What scared them most was not the drawings of war painted on the faces of native Papuans, but machetes and spears with which they were armed.

The young couple remembers how the natives only communicated with grunts, but they knew enough English to tell them: “We will kill you.”

The threats were not only verbal, in fact Michelle was wounded by machetes and three of her fingers have a deep cut to the bone.

Matthew remembers how before the trip they were joking about the famous cannibals in the jungles of Papua New Guinea, but once they found themselves face to face with them it was no longer fun.

The boy recalled how the natives suddenly emerged from some bushes and they surrounded him and Michelle. They got closer and then they tore their clothes off. At first they thought that they wanted to rob them and they offered everything they had to them, but the tribe wanted more.

They were blindfolded and led naked in the jungle. It ‘was at that time that Matthew thought they might want to kill and eat them.

Matthew’s fear was not unfounded, the latest case of cannibalism on the island dates back to the most recent in 2014, not counting the traditional cannibalism, when the natives eat the brains of their relatives during funerals.

Was the local guide an accomplice? 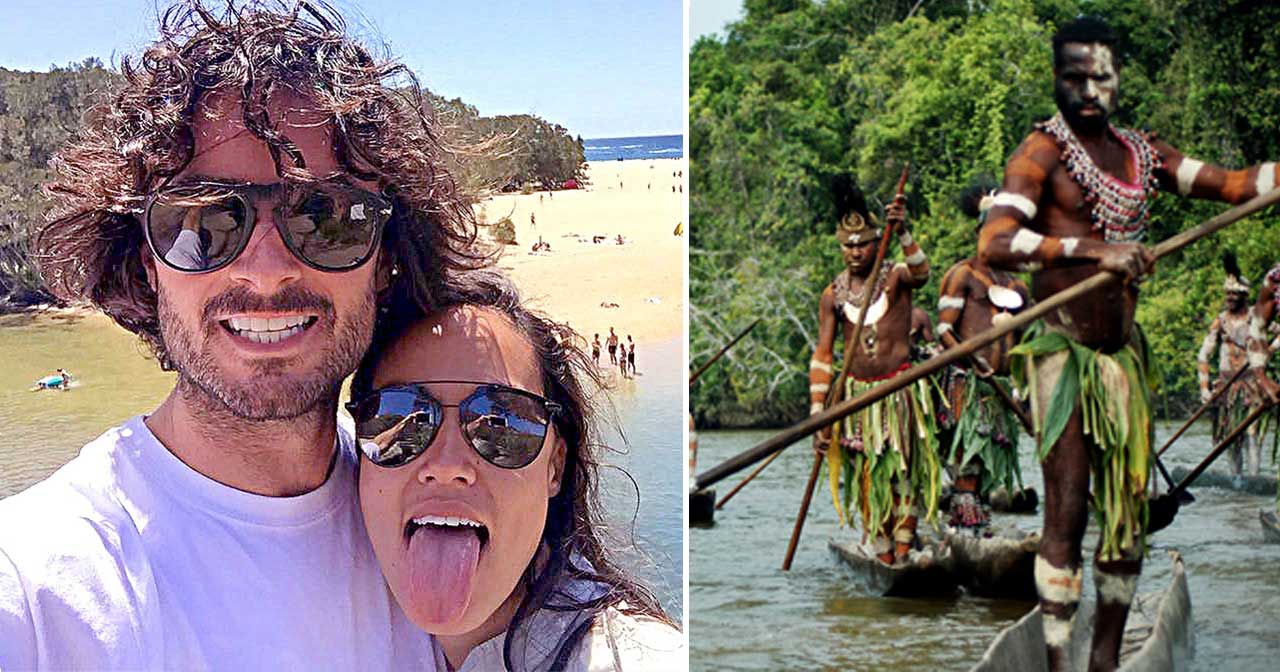 The journey had begun five days earlier and should have lasted one more day. At the beginning of the trip they had paid a local guide to carry a heavy bag, but on the eve of the last day the man disappeared, leaving them alone.

The next day, the last of their journey, they were kidnapped by the natives. Matthew has no doubt and thinks that their guide betrayed them.

After being taken to the village they tried to escape, but they didn’t go very far, remaining entangled in vines and immediately recaptured. After being tied up, the natives began to “play” with the two young people.

They separated them, Matthew was punched and a machete was put on his throat as he was repeatedly told “we will kill you, we will kill you!”.When he was brought to Michelle she saw that he was hurt and needed to go to hospital.

Fortunately while they were moved to another place they managed to escape. They ran until they met a man who was building a hut and rescued them.

During the flight they encountered wild dogs and been in contact with poison ivy. The villagers hosted them, gave them food and water and blankets while they called for help.

Despite the many cases of attacks suffered by tourists, the last in 2013 and 2014, Papua New Guinea remains a very popular destination.