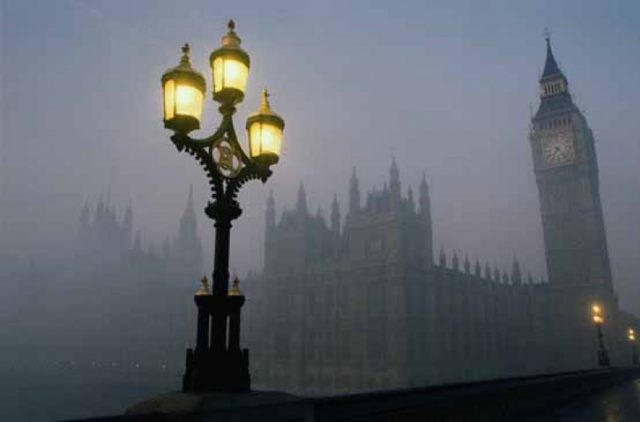 London is a city that for its mysterious enchantment has always excited the imagination of horror and noir writers. In this ghost tour of London we will go to visit those places that make this European capital so fascinating.

This ancient building built by William the Conqueror was erected around the year 1000. The district consists of 21 towers and other buildings that over time have been used as royal palace, fortress, prison and zoo.

The Tower of London is sadly famous for having been the place where many nobles, men of different religious faiths and opponents of the crown met a brutal death by means of unspeakable and inhuman torture.

The most sinister places in the London Tower are the White Tower, the oldest building in the complex, built in 1078 by William the Conqueror and famous for the little Ease, a cell so tiny that prisoners, having no room to stand or to lie down, had to crouch over for days at a time, in agony.

Another place on the left is the Bloody Tower, built by King Henry VIII and nicknamed so for the atrocious tortures that have been committed within its cells. Finally we find The Door of the Traitors through which all the prisoners sentenced to death passed.

Legend has it that within the London Tower area the souls of many nobles along with a group of crows, who are really there, are kept prisoner and can not escape.

Probably the tradition wants that the day when in the London Tower there will be no more crows will fall the monarchy because of the presence of these birds, which in popular imagination are carriers of misfortune.

The ghosts of the London Underground

This railway network is the longest and most extensive in Europe and is also the oldest in the world. According to popular belief, there is a ghost in all London subway stations.

There are many sightings of ghosts but here we will mention the most famous, such as the woman with long blond hair but no face who wanders the station Beacontree, or a figure not better identified photographed in a desert tunnel in King William Tunnel.

Other famous ghosts are Rebecca Griffith whose screams echo in the Liverpool street station area where the psychiatric hospital where she died was located, or Sara Whitehead, the black nun, who awaits the arrival of her brother near Central line, Bank station.

Other famous appearances are those of Anne Naylon, a 13-year-old girl killed by her employer, whose distressing screams were heard in Farringdon station. Or the ghost of a monk seen crossing the tracks in Jubilee line.

Other ghosts such as William Terris, a 19th century actor who was stabbed as he was leaving the theatre by a rival in the Convent garden station, or an actress who died of suicide in the abandoned station of Aldwich, have been spotted by Londoners.

Finally, it is said that the ghost of an Egyptian mummy is wandering in the tunnels of the abandoned station of the British Museum.

This gothic cemetery designed by architect Stephen Geary is located in the Highgate district and is considered the most striking Victorian work in London, especially famous for housing the remains of Karl Marx.

Among the many legends that circulate on the cemetery the most famous is certainly that of the vampire, which originated in 1862 when exhuming the body of Elizabhet Siddal, who died seven years earlier, the body was intact and the woman seemed to sleep.

The case aroused so much outcry that even his newspapers talked about it until the news was over, but 100 years later the legend of the vampire returned to the fore when two girls passing through Swain’s Lane said they had seen the bodies come out of the coffins.

From that moment on, the sightings of ghosts and the vampire, a figure described as tall and dressed in grey, continued until the beginning of the nineties.

Founded by Sir Hans Sloane in 1753, the British Museum is certainly the largest and most famous history museum in the world with its collection of 30 million objects.

The history that allows us to include in this mystery tour of London also the British Museum is that of the most famous Egyptologist of the 900, Doroty Louise Eady.

Doroty Louise Eady herself had said that at the age of two she had had a post-mortem experience and was able to recover memories of her past life. She told that she was the lover of Pharaoh Sety.

In this cave of horrors located in Tooley Steet, with a team of actors and the help of special effects, the most macabre events in London are interactively reconstructed.

Visiting it we can see representations of the barbershop of Sweeney Todd, the torture in the Tower of London, the murders of Jack the Ripper and more.

We have reached the end of this mystery tour of London, a city really rich in mysteries and very fascinating that definitely deserves to be visited.