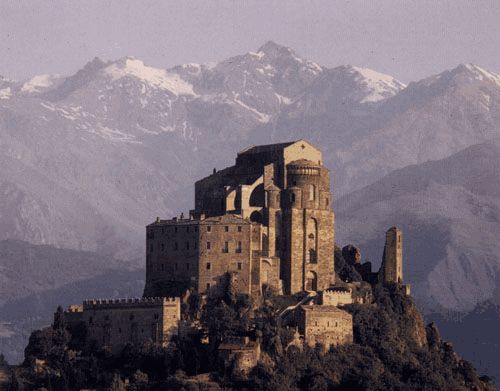 The exact date on which the Saint Michael’s Abbey was built is very uncertain, but some writings place the construction around the year 996 while others speak of a date between the year 999 and 1003.

The building is formed by the abbey to which in the following centuries were added the guest quarters, the new monastery, the new church and the tower of Bell’Alda.

The legend of Via Michelita or Via Angelica

The Via Michelita or Via Angelica is a street that joins the Basilicas of Mont Saint Michael in Normandy, the Saint Michael’s Abbey in Piedmont and Monte Sant’Angelo in Apulia, this route was the pilgrimage route that the faithful followed in the Middle Ages.

According to the legend, this route was traced by St. Michael with his sword as he fought against the devil, creating a rift, still present today but invisible, which connects the three basilicas dedicated to the saint.

The legend of Bell’Alda, the beautiful Alda 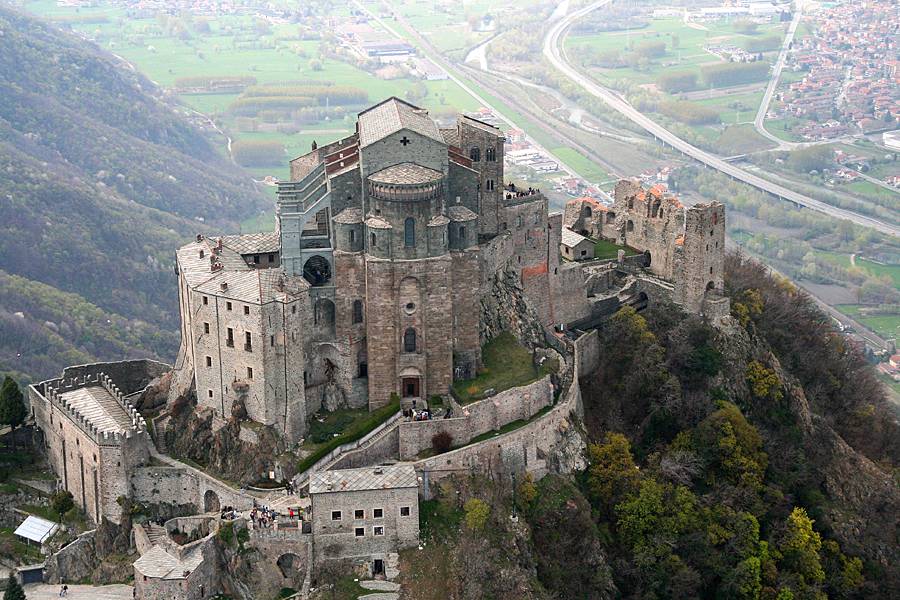 It is said that Alda was a very beautiful girl and just as devout and pious. One day, while she was going to the sanctuary to pray, she was attacked by a handful of soldiers and to escape the violence she threw herself from the tower of the monastery.

The girl fell into the void and her death seemed inevitable, but that gesture of sacrifice and purity was mercilessly saved by the angels and Our Lady, so Alda arrived in the valley safe and sound.

That miraculous episode made Alda superb and told everyone how she had been saved by the angels and protected from heaven. Unfortunately no one wanted to believe her and so by vanity Beautiful Alda returned to the tower and threw herself into the void.

Since in that circumstance the girl had thrown herself into the void for a futile reason, she did not receive any divine help and crumbled to the ground.

The legend of the Saint Michael’s Abbey

It is said that in the tenth century, St. John Carpasio wanted to build an abbey on Mount Caprasio but that the work could not go on and be completed, because every day the first stones were laid but during the night they disappeared.

St. John, to be able to unravel the mystery, decided to stay awake and watch over the site, what he discovered was a real surprise, to take away the stones were not thieves of material but angels who with the favor of the ox transported the stones on Mount Pirchiriano.

So St. John decided to build the abbey on Mount Pirchiriano, where it is still located today, and from that day there were no more thefts and the construction was completed.

The Sacra di San Michele is an evocative place, full of charm and history, even without necessarily wanting to believe these legends certainly deserves to be visited, is located only half an hour from Turin.