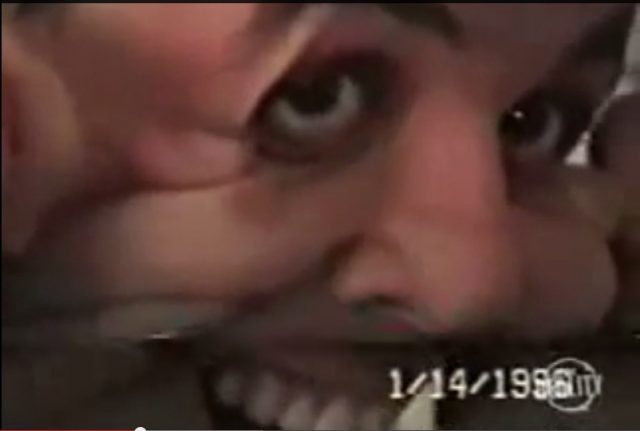 These words open the video-diary of Ricardo López, who went on to become one of the most famous stalkers in American history. A native of Montevideo (Uruguay), he moved to the United States as a child with his family. Georgia first, then Florida. Ricardo’s childhood and youth are unhappy moments. Young Ricardo, in fact, is diagnosed with Klinefelter syndrome, a genetic disease that causes, among the most macroscopic symptoms, hypogonadism (insufficient secretion of sexual hormones), testicular atrophy and gynecomastia. Evident is the physical and existential discomfort, matured and brooded by Ricardo.

Fear and a sense of inadequacy do not allow the young Ricardo to undertake an adequate course of study or an equally satisfactory working life, although he shows, since childhood, excellent intellectual qualities. He has no social and emotional life: no friends, no relationship with the opposite sex, no girlfriend. Ricardo is alone. He starts working, at the age of eighteen, in the pest control company run by his brother. Economic independence makes Ricardo go and live alone: a small rented house. Alone and without affection. Ricardo, inevitably, undertakes an inner process of detachment as gradual as total and irreversible from reality. He takes refuge in gossip, in the lives of actors and stars of international music. He begins to obsess over some famous people. He establishes an intricate, but virtual and sick, love-hate relationship with celebrities.

The obsession with Bjork

1993 will forever mark the life of Ricardo López. He developed an obsessive and insane passion for Björk, an Icelandic singer-songwriter, who in the 1990s was at the peak of her success.

A sick, pounding, suffocating infatuation: Ricardo is turning into a stalker. And a veryovery dangerous one, too.

In this phase, Ricardo López dedicates himself to the writing of a diary: it will have 800 pages. In his writings, Ricardo externalized weaknesses, frustrations, disappointments, anger, hatred, insane love. He refers to suicide and murder. Björk, however, is at the centre of Ricardo’s thoughts. An authentic obsession. When Björk and DJ Goldie (the stage name of Clifford Joseph Price) establish a sentimental relationship (the two, ironically, will leave in September 1996…), Ricardo López’s murderous drift finds a natural outlet. It is the classic straw that broke the camel’s back, the switch that definitively turns on the psychopathic Ricardo López.

In Ricardo, a feeling of revenge was born against the Icelandic artist. Traitor, guilty. A homicidal jealousy takes possession of Ricardo. Björk should be punished. Killed.

And here we are, then, to that fateful 14 January 1996, the day of the 21st birthday of Ricardo López. He stops writing: the video diary begins. It is a document, despite the vindictive and murderous delirium that distinguishes him, of rare importance, both at a psychological and criminological levels. The videos, available on the net in their integral form, count hours and hours of recording. The contents do not differ from what we can read in the previous diary: frustration, self-harm, anger, revenge, inadequacy in every form and aspect. Ricardo does not want to punish only and exclusively Björk, but also himself, protagonist of an insignificant life. At the same time, Ricardo López aims to become the most important person in the life of the Icelandic singer-songwriter. How? By killing her.

Ricardo López’s plan is as crazy as it is conceived in every detail. At first, in fact, López creates the following plan: to make a bomb that, at the moment of the explosion, would have ejected needles infected by the HIV virus, AIDS. A difficult plan to implement which, in fact, López will soon abandon. So he decides to send a bomb “in disguise” to the record company of Björk, Electra Records: a book as the shell of a device based on sulphuric acid. Once the package had been sent and the singer-songwriter’s death had been learned, Ricardo López would have killed himself. The videos take and document in detail the construction of the device intended for Björk. In the background, music, TV and López’s monologues.

On September 12th, 1996, Ricardo López began shooting what would be his last video. “The Last Day”. Prey to nervousness and an obvious ill-concealed panic, he sends the package. Then, back at home, he shaves his head, strips completely naked (as usual) and begins to paint his face with green and red colors. He carefully prepares the set of the last act of his life: a mirror, the inscription “The Best Of Me” behind the chair. Below, under the writing, the date. The television on, the music as a soundtrack to the last, programmed minutes of life of the young Uruguayan. Elton John’s “Crocodile Rock” clashes with the dramatic moments. Ricardo López does not betray an emotional state that is clearly high, as if to distract the destiny that awaits him and that he wanted to write for himself: he sways his head, appearing almost arrogant. The camera then reads: “The 8mm Tapes Are A Documentation Of A Crime. Terrorist Material. They Are For The F.B.I”. 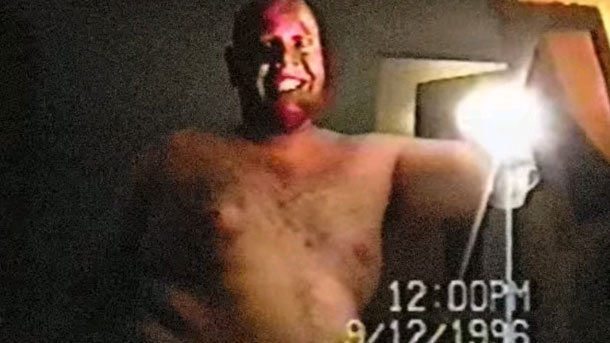 “Ok it’s time, ok it’s time,” before Ricardo López’s last dragged monologue. “I remember you” by Björk as a background to the imminent suicide. Ricardo’s nervousness now emerges in all its strength. Sitting down, the gun is already in his hand. He gets up several times from his chair, agitated. He resides, definitively. He silently mentions some verses from Björk’s passage. On the TV screen, a still image of the singer’s face. Deep and anguished breaths precede the shot. Ricardo López pronounces one last sentence: “This Is For you!”, he seems to be bawdy. The dull sound of the gunshot in the mouth, a wheeze, the lifeless body that falls on the floor. The words “The Best Of Me” on a white background remain clamorously intoned: in Ricardo’s intentions, it should have been stained with blood, splashed after the mortal blow. But Ricardo’s head cap remains intact: the caliber of the gun is too small to inflict such damage. The clock on the camera marks 2:53PM.

Four days later, thanks to the nauseous smell from the house and the blood leaking through the ceiling, the body of Ricardo López will be found by the police. The reconstruction of the facts will lead to the detection of the parcel bomb, fortunately still undelivered and stopped in a post office in London.

No one in Ricardo’s family had noticed the serious illness that afflicted the boy. Although they were aware of his obsession with Björk, they considered Ricardo incapable of making extreme gestures, such as murder or suicide. Inscrutable mysteries and backstage of an event, still today, dramatically relevant.