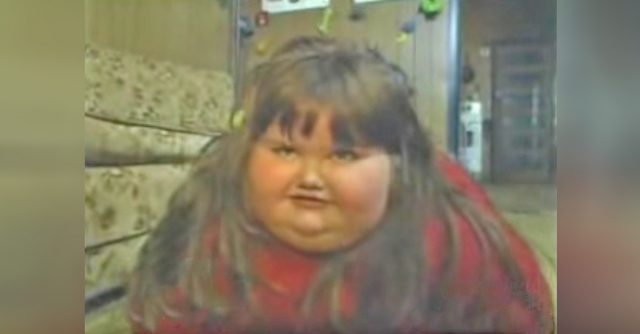 I’m sure you’ve happened to see a gif with this kid somewhere on the web. What you may not know is that the protagonist of that video is Jessica Leonard who was the world’s fattest girl, weighing 420 pounds (190 kg) when she was only 8 years old.

The child has come to weigh so much by eating about 10,000 calories a day. Her meals consisted mainly of junk food bought in fast food outlets and she asked to eat every two hours. She didn’t want snacks, she wanted full meals.

Many people who saw Jessica on the street called social services, worried about her health. The girl’s mother says that the first visit by the social services came when Jessica was only two years old. But when they saw that the house was clean and tidy and that the family provided everything for the girl, they left.

At the age of six she was no longer able to walk and preferred to crawl on her butt or to roll from one side of the room to the other, while when she left the house she used a wheelchair. His weight was so excessive that her legs could no longer support her, deforming permanently and taking the form of an arch.

Jessica had also been a guest on some television programs in the United States that had raised criticism and indignation among the public for her condition.

But it was only after Jessica turned eight that something changed. In that year she suffered a respiratory crisis. She was rushed to the hospital, where the doctors, alarmed by her weight, call the social services.

Subsequently, Jessica was taken to a clinic for children suffering from obesity and was subjected to a strict diet and constant exercise.

When she returned home, things didn’t go immediately well. Jessica continued to be constantly hungry and constantly asking for food, going back to having a tantrum when she didn’t get what she wanted. But her mother, fortunately, stopped giving in to her requests and continued to make her follow her diet and her workouts. 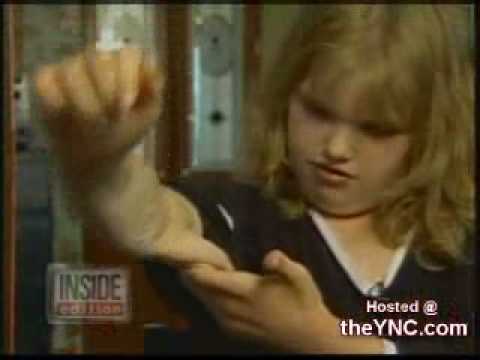 In 2006 Jessica underwent an operation to straighten her legs and was waiting for the surgery to remove the excess skin.

Here is a video of how she was before

And how she became