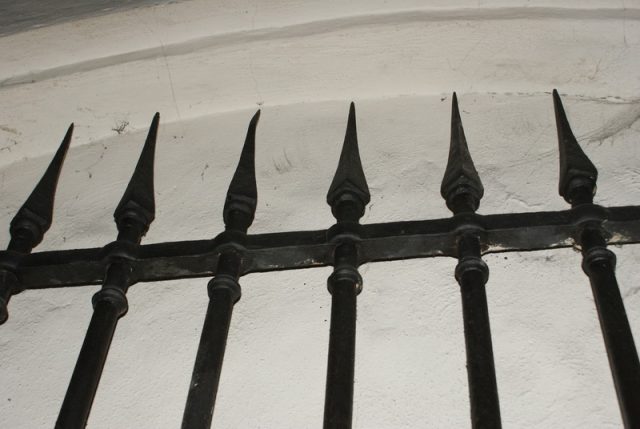 When we speak of impalement we think of a torture method used in various periods of history, but it is possible that someone is impaled in an accident. Here are 5 real cases of ” modern impalement”. This article presents explicit and very strong pictures, therefore it is not recommended for a particularly sensitive audience.

This photo comes from an emergency room in Arkansas. Although on the net it is often accompanied by a text explaining that the individual was the victim of a motorcycle accident, and then saved, in reality it is not so: we don’t have any news regarding how the accident occurred, but the ‘best guess is that the victim was a truck driver.

He had an accident and while he crashed into a wooden palisade one of the poles went through the engine ending up to under the driver’s seat and then into his body.

Even though he was taken to the hospital while still alive, he died as a result of infections.

Peter Langdown was still a novice driver when he was driving his car. While at the wheelhe decided to overtake a motorcycle, but something went wrong and his car crashed into a fence and off the road, into a ditch. When two passing motorists saw an engine in the middle of the road they stopped and sawPeter’s car of in a ditch; they couldn’t believe their eyes when they saw that

the driver had a stake in his chest that locked him to the seat. A fire started in the car and it was a matter of minutes before it would explode.

The two passers-freed Peter from the seat and dragged him off a few seconds before the car blew up. Peter survived but his arm had to be amputated.

In 2008 Siyana Pasiwe was running away from a museum in South Africa after having triggered the alarm.

In the rush to escape he climbed a tree but he slipped and fell on the gate of the museum, impaled.

His screams attracted the attention of some passers-by who called an ambulance. Fire fighterswere also called who took the gate down and released him. After being recovered, he was called to court to defend himself from the charge of attempted theft.

Josh Hassan was 12 when, in 2013, was playing with a ball. While he was playing the ball flew behind a gate and Josh decides to climb over it to retrieve it.

Unfortunately he fell and one of the iron spikes stabbed him in the chest.

The neighbours rushed after hearing the screamings, and supportedhim so that his weight wouldn’t push the tip even deeper. After being taken to hospital, the tip was removed and it was revealed that it got only a few centimetresaway from the heart.

Ceyda Oruk is a Turkish woman who in 2014 was walking when she noticed blackberries beyond a gate. She decided to climb over to take some, but unfortunately

she slipped, and the spikes of the gate went through her shoulder.

She kept calm and pulled out her mobile phone to call for help. She remained stuck for 20 minutes before an ambulance arrived and the woman was taken to hospital with the gate still in her arm. Shedidn’tsuffer any severe damage and was released after 24 hours.