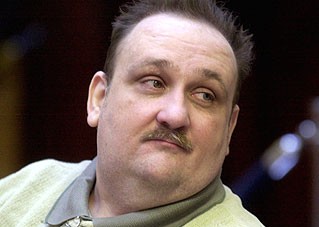 Levi Benjamin Nathaniel Bar-Jonah was an American children serial killer, pedophile and cannibal sentenced to 130 years in prison for his heinous crimes.

The first offense by Nathaniel Bar-Jonah

Nathaniel was born under the name of David Paul Brown, but then he legally changed it to Nathaniel Bar-Jonah.

Nathaniel tried to kill when he was only a child, just as Godino or Pomeroy.

At six he persuaded the daughter of his neighbors, five years old, to follow him in his basement. He had told her he received an Ouija board for his birthday and that it could predict the future. Once in the basement though Nathaniel tried to strangle the girl.

Her screams alerted Nathaniel’s mother who got there and separated the two, thinking of a normal quarrel between children.

At the age of twelve he was able to convince a child of six to follow him, promising to take him sledding. Once they got to a hill, Nathaniel attacked him sexually.

Shortly after he tried to convince two children to follow him in a cemetery, with the intent to kill them. One of them, however, began to have suspicions and convinced his friend not to follow Nathaniel.

When he was 17 he dressed as a policeman and kidnapped a six-year-old boy and strangled him, but did not kill him.

A few days later the little victim recognized the perpetrator, which at that time was working in a Mac Donald’s. He told his parents who called the police and Nathaniel was arrested and sentenced to one-year probation.

Three years later he kidnapped two children, again being disguised as a cop. Once he brought them in his car he made them undress, beat them and strangled them. One lost consciousness while the other managed to escape and alerted the police who managed to locate and save the other boy.

For this crime he was sentenced to 18 years in prison. 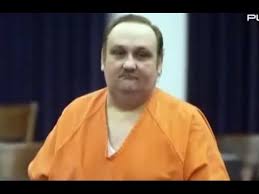 While in prison Nathaniel saw a psychiatrist to whom he confessed his fantasies of murder, cannibalism and dissection.

He expressed in fact a curiosity about the taste of human flesh. As a child, when he got a few bruises, he peeled off the scabs on purpose to suck the blood oozing from the wound.

This behavior was also noticed in prison. For this reason he was transferred to the prison’s psychiatric hospital and that is where he decided to change his name. He said he wanted to change it because he was Jewish and wanted a name that expressed his heritage. In addition, he said he wanted to know what it felt like to be discriminated against for one’s name.

He remained in the psychiatric hospital until 1991, when he was released because judged not dangerous.

Three weeks after his release he attacked another child. He was arrested but soon released with two years probation and his family had to promise that they would move to the state of Montana.

The years in Montana

Once he moved Nathaniel had no trouble with the law until 1999 when he was arrested near an elementary school. Again he was pretending to be a police officer and was carrying pepper spray and a stun gun.

After his arrest, his house was searched. Inside several photos of children and a list with names of minors were found.

Later encrypted messages were found that included these words: “Child Stew “, “Baby Pie” and “Lunch is served on the patio with roasted child.”

The list also had the name “Zachary Ramsay” and this led the Police to think that Nathaniel was responsible for the kidnapping of Zachary Ramsay, who disappeared in 1996 on his way to school.

It is thought that the kidnapped child was killed, cooked, and served to unsuspecting guests during a barbeque.

It was found that immediately after the abduction of Zachary, Nathaniel made no significant food shopping for at least one month,  strange detail when you consider that the man weighed about 310 pounds.

Also in the same period he organized various barbeques where he invited friends and neighbors and served meat pies, burgers and other meat dishes. Many of the participants recall that the meat had a special flavor.

When they asked the reason for the strange taste, Nathaniel replied that it was deer meat. He had gone hunting and had personally captured, killed and slaughtered the animal. Nevertheless, the man did not have a license to hunt nor a shotgun, and he had never been seen participating in any hunting during that period.

In his basement a meat grinder with human hair inside was found.

DNA testing established that those were not Zachary’s. In the garage fragments of human bones were found, those too did not belong to Zach nor to the person linked to the hair.

For his latest crime in 1999 he was sentenced to 130 years in prison. He died in prison in 2008 while maintaining his innocence.

The complete life of Nathaniel Bar Jonah can be found in this book: “Eat the Evidence: A Journey Through The Dark Boroughs Of A Pedophilic Cannibal’s Mind”, first of a trilogy of books, which follows the life of Bar Jonah from birth to death. The book was based on hundreds of hour of interviews with the cannibal killer and on court documents.