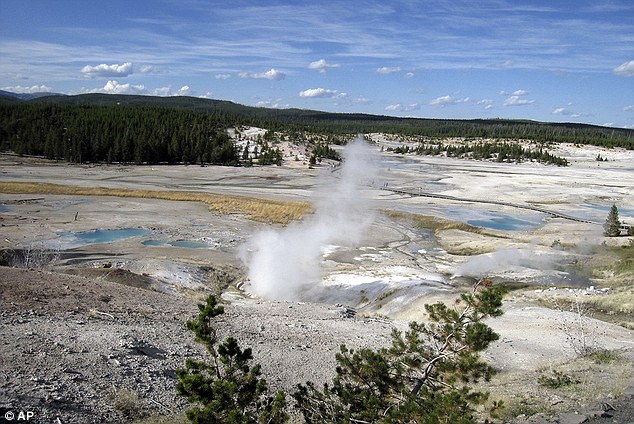 In May 2016 Colin Scott graduated in psychology. A month later he decides to go and visit the famous Yellowstone Park with his sister Sable, but something goes wrong. He falls into a hot spring and dies boiled alive.

Colin Scott and his sister Sable decided to visit Yellowston Park, United States, last June. The park covers almost 9,000 square meters and is the oldest national park in the world. Every year, millions of tourists decide to explore the park’s natural beauty, including its colourful thermal springs. And it is in one of these springs that Colin found his death.

The man and his sister have recklessly decided to leave the trail specifically designed to show tourists all the nature of the park, heading to a prohibited area. Their goal was to find a spa where they could relax a little. The two, however, perhaps did not know of the dangers of that territory.

Very often, in fact, the soil around the thermal pools is composed of a thin crust of mud, which would not withstand the weight of an adult man.

Falling into the thermal spring

And just as Colin was approaching a hot spring, the tragedy began. While his sister was filming him on his smartphone, the boy headed unknowingly over a thin crust of mud.

While bending down to control the temperature of the water, he fell into the spring, which can reach 198 F degrees (92 C°). The sister immediately alerted the rescuers and tried to save her brother, in vain.

The video she was shooting captured the moment when Colin Scott fell into the thermal pool and his sister’s rescue attempts. Because of the delicate content however, it was not made public.

Rescue workers saw Colin’s body floating on the water, but the arrival of a blizzard slowed down recovery operations. By the second attempt, the next day, the boy’s body had disappeared. The boiling, acidic waters of the thermal spring had completely dissolved it. The recovery operations were so suspended because they were considered useless: there was no body to recover, just some personal effect worn by the boy.

The park managers stressed that the entire surface of the park is full of signs that prohibit access to areas not covered by the paths, indicating the danger of the area because of its geothermal activity.

Only a day earlier, a group of people had been denounced for having left one of the paths. A week later, a Chinese tourist had to pay a fine of $1,000 for approaching a spring. The man said he wanted to collect water for medicinal purposes.

A similar incident had occurred in Bolivia, where a man had fallen into a geyser, dying boiled alive.