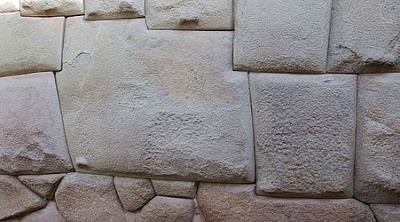 Ollantaytambo is a small city in Peru, located 75 km from Cusco and from where you can get to Machu Picchu by train.

Machu Picchu is the most famous place in the country, full of history and mystery since its discovery in 1911 (you can find the details of his discovery: “Machu Picchu: The History and Mystery of the Incan City“).

But not everyone knows that Ollantaytambo is shrouded in mystery. This location is not only famous for being the scene of one of the battles between the Incas and the Spanish, but to guard one of the largest architectural mysteries of the world.

The mysterious construction of Ollantaytambo

The construction of Ollantaytambo is traced back to the Inca Emperor Pachacuti, in 1400 AD, but many scholars argue that in fact the city is much older and that the oldest parts date back to 12,000 years ago.

The mystery lies in the architectural grandeur of the city: in fact there are many stone structures, irrigation systems still functional and megalithic stones perfectly carved and polished.

But was it really possible to achieve all this with primitive tools?

One of the things that amaze everyone, and that is also present in neighboring Cusco, is the manner in which some buildings were realized.

They are made in dry stones, perfectly combined with each other, and the measurements are so precise that between a stone and the other not even a glimmer of light can pass through.

It ‘s almost as if they were merged together. This is even more incredible when you consider that the blocks weighed several tons.

In this regard, on the highest part of the mountain there are six gigantic granite blocks, arranged in a row. These blocks were cut elsewhere and then transported up the mountain, but how could this be done, when a single block weighs about 50 tons?

Even using the most modern technologies it would be a serious challenge to reach such a result.

The Temple of the Condor 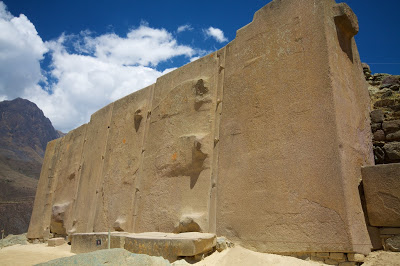 Another mystery concerns the so-called “Temple of the Condor” where huge slabs of andesite were extracted from “The Wall of Alive Rock “.

This work was done with such skill that the cuts are perfect and the rock doesn’t look rough but smooth and polished, almost as if it had been subjected to a vitrification process.

How was this possible? What technologies were used to cut, transport, set and polish the stones?

This mystery deepens more if you think that no tool was found near the site of rocks construction or extraction.

Supporters of the ancient alien theory argue that all this is made possible by alien technology. Inca legend, in fact, tells how the Sun God sent his two sons to the earth with a golden wedge.

Could this legend explain this ancient architectural perfection? Can the golden wedge be the solution to the mystery?