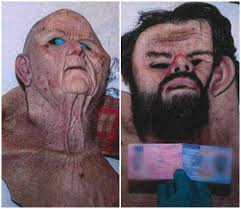 A few days ago a woman went to the police, in a state of shock and telling them an unconvincing story.

The woman, thirty and Swede, had told them to be all right but the police realized that something was wrong and after various questions she finally told them her terrible story.

The bunker of horror

A doctor had visited the woman in September. Unfortunately for her that doctor was a monster. On a second occasion, in fact, the man had come to visit her at her home in Stockholm bringing her chocolate-covered strawberries.

The woman accepted his kindness and tasted some not knowing what the doctor had done:

he had put a powerful sleeping drug in the chocolate, the Rohypnol, also known as a ” rape drug”.

Once the drug had done its effect, the doctor had raped the poor woman and then had carried her in his car near the town of Kristianstad, in southern Sweden, more than five hundred kilometers away from Stockholm.

Once they had arrived at destination the doctor had brought the woman in a bunker that he had built himself during five years of work.

The bunker was about 60 square meters big and the woman there remained locked up for six days. After a week of hell, spent between torture and rapes, the woman was freed by her captor and tormentor and was taken to a police station 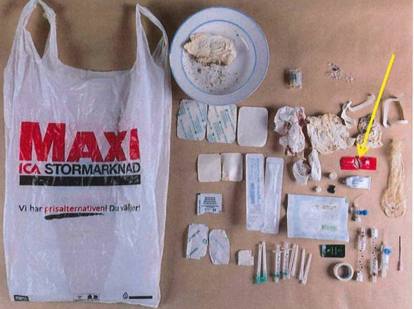 Once at the police station the woman told her story and searches started. The doctor was traced and arrested, after a search of his home the bunker was also inspected.

In this prison, in addition to various latex masks used for the kidnapping, there were a large amount of food, basic goods and medicines, including the birth control pills that a woman would have to take to avoid unwanted pregnancies.

This would think that the sadistic doctor had initially planned to hold the woman segregated there for years, as his slave, as in the infamous case of Elisabeth Fritzl and Natascha Kampush.

Perhaps, after learning from the news that the police were looking for the woman he had become frightened and decided to release his victim.

The doctor, a man of thirty-eight, confessed to the kidnapping but not to rape and was arrested but his identity, as well as that of his victim, has not yet been announced.