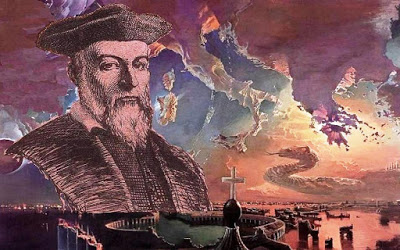 After the events in Paris – the bombs, the Kalashnikovs blows and dozens of deaths – and after France had bombarded Raqqa, the headquarters of Isis, there are those who fear a Third World War. This hypothetical eventuality has scared us on several occasions in recent years, and some say that this time we should take it seriously.

There are those who say that the events of recent hours have already been predicted, along with the next imminent World War, by Nostradamus.

The quatrains of the French astrologer had already become famous in 2001 when there were those who claimed that one of them had planned the attack on the Twin Towers:

The heaven shall burn at five and forty degrees,
The fire shall come near the great new city…
when they shall make a trial of the Normans

Many people think that they are just coincidences, others that are forced translations, the fact is that even for this terrible event someone found correspondence in one of the quatrains of Nostradamus:

The Great War will start in France and then all Europe will be struck, long and terrible the war will be for everyone. Then finally peace will come but few will enjoy it.

These words make one shiver, but it is not over. After France, attacks are feared across Europe, including Rome and here these terrible verses, suddenly, assume meaning:

Cossack horses will drink water in the roman fountains

It will be invaded and it will end in a giang seaquake:
Oh, great Rome, your downfall is approaching.
Your ill is near.
You will be taken more than four times.
I cry for Italy. It will be destroyed by an earthquake and bombs:
fire from the center of the earth…
will make it shake.
Untill two powers will fight
for a long time.
The sky will burn at 45 degrees.
The fire is near…
the great flame will explode immediately

Obviously I do not want to create alarm, these are just predictions and there are those who believe and those who don’t. But reading these words these days, if anything, make us think about the serious situation in which the world has been for too long and makes us wonder whether enough is being done to find a solution.

I would like to point out however, that despite many prophecies of Nostradamus have come true, many facts he described never happened. One of them was the outbreak of a great war in 1999. 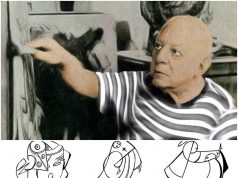 Solari Parravicini: Nostradamus of the Americas