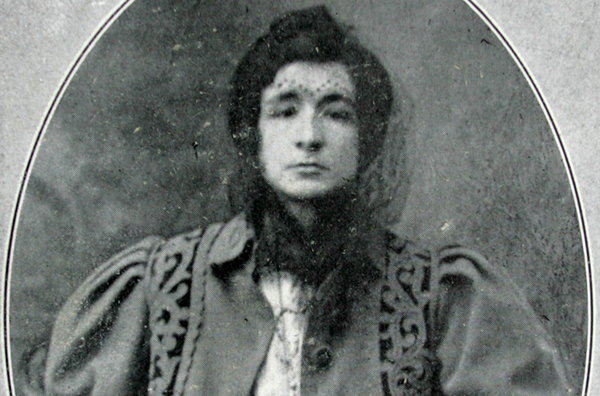 Enriqueta Martí was a Spanish child kidnapper and murderer, who lived at the beginning of the last century. She used the remains of the children whom she had killed to prepare magic potions and miraculous ointments that she sold to the wealthy of Barcelona.

Enriqueta was born into a poor family and at 16 she changed city to become a prostitute and make some money. At the age of 28 she met and married a painter of little success, Joan Pujalò, but

the marriage did not last long and Joan left Enriqueta due to her temper and for her tendency to visit brothels and seedy places.

Despite this, Joan went back to her, but they kept getting together and splitting for six times and by the date of the vampire’s capture, the couple had been separated for five years.

The double life of Enriqueta Martí

Enriqueta used to lead a double life: by day begging in the streets of Barcelona in rags and in the evening attended the most renowned theaters and premises wearing luxury clothes, hats and wigs. It was probably there that she sold the children she had kidnapped in exchange for sexual favors.

In 1909 she was arrested for child prostitution, and it was discovered that she forced various children aged 3 to 14 years into prostitution.

In the order, however, the son of a very influential person was also implicated and Enriqueta, thanks to this and other powerful connections, never went to jail.

As well as introducing children to prostitute, Martí was also a witch: in fact she made magic potions and ointments that she sold at exorbitant prices.

But these ointments, many of which sold as remedies for tuberculosis, were made from bones, blood and fat of children whom she had kidnapped and killed.

The last kidnapping and arrest 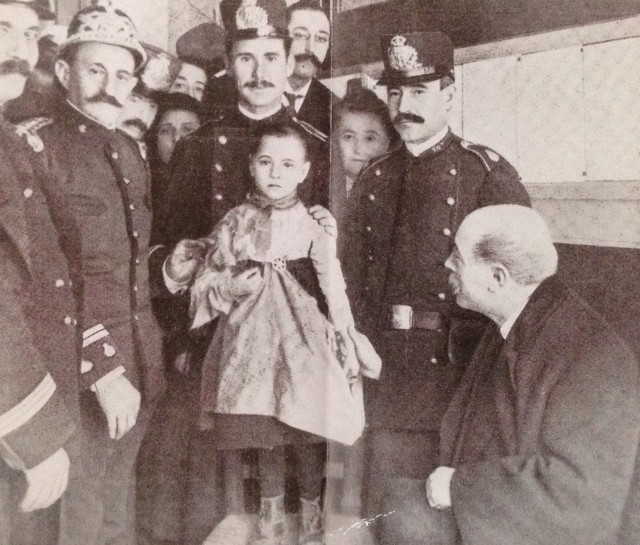 On February 10th, 1912 she seized her last victim, Teresita Guitart Congost. Taking advantage of a moment when her mother got distracted, she took her by the hand, promising to give her candy, but as soon as Terisita noticed they were getting too far from her neighborhood, she asked to be brought back.

Enriqueta therefore covered her with a black cape and carried her to her flat to cut her hair and changed her name, telling her she had no parents, and she was her stepmother.

In the apartment the girl met another girl, Angelita. Both were poorly fed and one day, browsing in a room in which they had been prohibited from entering, they found a bag with dirty children clothes stained with blood and a knife.

Seven days after the kidnapping of the little girl a neighbor, Claudia Elias, saw a young child looking out of the window of Enriqueta’s apartment and asked the latter who that girl was.

The vampire quickly closed the window without answering the question, and this made the neighbor suspicious who told what happened to a friend.

Teresita’s disappearance was all over the papers and people were extremely frightened by the disappearance of so many children. This led Claudia’s friend to tell a policeman who in turn informed his boss. The police went to the apartment of Enriqueta where they found the two girls healthy and safe.

Teresita was recognized and the police brought all three to the police station. Teresita explained how she had been taken by the vampire and was given back to her parents.

Angelita was also interrogated and she told that not long before there was another child, Pepito, in the apartment.

One day she saw Enriqueta taking him and killing him in the kitchen and the little girl, out of fear, raced to her room and pretended to sleep.

It was very difficult to trace the identity of Angelita since Enriqueta claimed she was her daughter and the child could not say her last name. Joan was then called, who denied being the father of Angelita and to have had any contact with his wife for the past five years.

Eventually Enriqueta confessed to have taken the girl from her sister in law when she was still a newborn, and the woman was led to believe that the child had been born dead.

The discovery of the victims’ remains 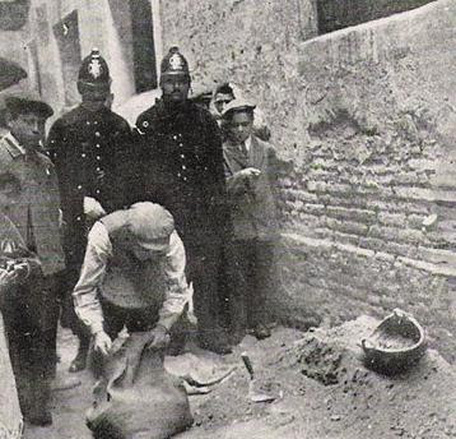 The police searched Enriqueta’s apartment and found, in addition to the bag with clothes and the knife used to cut bones mentioned by the girls, another bag containing small bones, but this was just the beginning.

Interrogated, Enriqueta, now without any way out, confessed everything. The police checked the apartments where the woman had previously stayed and even there they found the remains of many children, hidden in the walls, in the ceiling or buried in the garden.

They later also found notebooks with coded notes, recipes for magic potions and a list of wealthy families in Barcelona and it was thought that they were the names of the vampire’s customers.

The public became angry, knowing that if highly placed and powerful people had been involved, no one would be jailed. The police did publish an article in newspapers saying that the names on the list were only families Enriqueta had been begging for money, and that they had nothing to do with the dead children.

On the other hand Enriqueta never told the names of her clients and there was no evidence to accuse anyone other than her.

Enriqueta was arrested and taken to jail awaiting sentencing. However, that judgment never came since only

a year after her imprisonment she was lynched by other inmates. She was buried in a common grave in the cemetery of Montjuic, Barcelona.