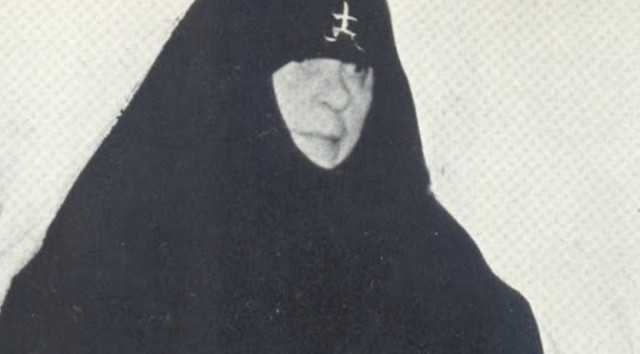 Mariam Soulakiotis was a greek nun and criminal, famous for being one of the most prolific serial killers.

The history of Mariam Soulakiotis

Mariam was born in 1900 in Greece but little is known about her childhood. The scarce accounts tell us that she grew up in a poor family and worked in a farm until the age of 23.

Mariam joined the sect and thanks to her strong character she quickly climbed its ranks, managing to exercise control over it. After the founder’s death, in 1939, she officially took the lead.

Once in charge she started an aggressive recruitment policy and pushed her followers to scout for new proselytes, preferably wealthy women willing to donate their assets to the sect.

Once recruited, the new members would begin a life of imprisonment and penances. They had to endure lengthy fasting and penances to drive away the devil and earn themselves paradise.

Sometimes Mariam herself took part in their flagellations, effectively turning them into tortures.

The nun’s strong personality forced everyone into silence and any contact with the world outside the monastery was forbidden.

Because of this treatment many followers died of malnutrition, the hard manual labor to which they were forced and the tortures.

Mariam’s power endured throughout the 40s of last century, but toward the end of the decade something began to crack. 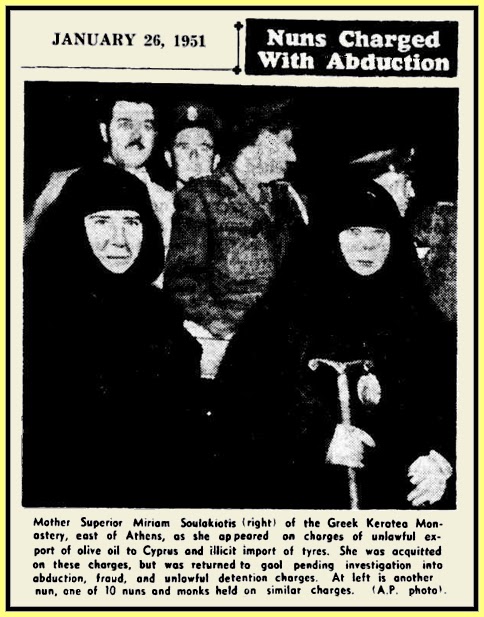 The police received many reports of horrible cries coming from the monastery and following the complaint of a follower’s daughter they decided to check on the monastery.

They discovered people in inhuman conditions and even a girl who had been made to believe she was an orphan.

A process ensued and in 1951 the nun, nicknamed “The Woman Rasputin”, was sentenced to 26 months in prison for the illegal custody of the girl found in the monastery.

Unfortunately there was no evidence that could demonstrate her murders, but the authorities later confirmed the death of 177 people.

In 1952 Mariam, eight nuns and a phony bishop were accused of not having provided food and medicines to a monk and three nuns, making them die and stealing their belongings.

Mariam was one of the most prolific serial killers in history, using her great personality to manipulate and lead to death her followers.