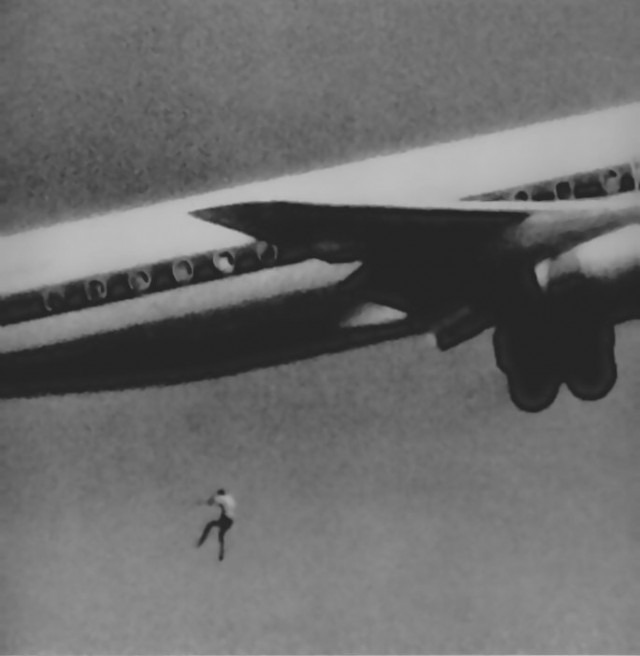 Keith Sapsford, an Australian 14 year old boy wants to know the world. He is restless and often runs away from home, so much so that his parents ask for help from an association for troubled kids.Keith escapes even from this place and on February 24, 1970 he decides to go see the world alone.

But he has no money how can he do that? Simple, he decides to hide in the wheel compartment of a plane bound for Tokyo.

How did it happen?

Keith is said to have run away on February 21th and the association reported him missing the next day.

Then on February 24th he sneaked into Sydney airport, climbed on a plane’s wheel and entered the compartment that serves to store the wheel during the flight.

The technicians think that Keith was hiding there for a long time before takeoff. The boy remained hidden until the airplane took off, but after leaving the ground the aircraft got the wheels in.

It’s at this point that Keith fell from a height of about 60 meters, finding his death.

Doctors have however reported that he would have died regardless due to very low temperatures or lack of oxygen.

The most amazing thing is that a person was taking a photo of the plane and managed to capture the boy’s fall unintentionally.

Who was Keith Sapsford?

Keith’s father, CM Sapsford, remembers him as a boy full of life who wanted to see the world. He was very restless and had escaped many times from home to satiate his curiosity.

The parents had decided to take a trip around the world to meet the child’s needs.

On their return, however, Keith had once again run away from home and the parents, not knowing what to do, relied on an organization that deals with troubled children in the hope that they might be able to calm him down.

Unfortunately this did not happen, and on February 21, 1970 Keith managed to escape, going to his death.

If what this kid did seems strange to you, you should know that he was not the only one in history to hide in the wheel compartment of an airplane.

Someone was even luckier than him and even survived the flight.