Forget the fires in the textile factories and mimosa flowers as a symbol of fire.

The answer may surprise you.

But why is it celebrated on March 8th?

The fire in a textile factory

You have probably heard various versions that explain why March 8th is the International Women’s Day, but unfortunately many of these stories are just urban legends.

The best known, the one to which I believed to many years ago, is the one that tells of a fire in a textile factory in New York, called Cotton or Cottons, in 1908. In the incident a hundred female workers are said to have died.

In reality, an accident like thatnever happened in New York in 1908 and the Cotton Factory never existed.

But perhaps those who invented this legend were inspired by another similar incident, which occurred in a factory in New York in 1911. In the fire a hundred workers died, both men and women.

Another fairly common version tells of the repression of a mysterious protest held by the workers of a textile factory. This event should have taken place in 1857 in New York and was said to have been violently repressed, leading to the deaths of hundreds of women fighting for their rights.

This version, too, is false.

But then what is the true origin of the Women’s Day?

The truth is that the real origins of International Women’s Day are social and political and have gradually been forgotten.

The first “Women’s Day” was celebrated in the United States in 1909, to understand it, however, we need to step back a year.

Brown disagreed and asserted that Congress had no right to tell women with whom they should and should not collaborate.

All the women had been invited to conference on the 3rd May and it was therefore named “Women’s Day”. They talked about sexual discrimination, the right to vote and women’s working conditions.

Following this “Women’s Day”, the US Socialist Party reserved the last Sunday of February 1909 to the organization of a demonstration in support for the right for women to vote.

March 8th, and the Russian Revolution

In St. Petersburg March 8th, 1917 (which according to the calendar then in use in Russia corresponded with February 23rd), there was a demonstration of women who asked for the end of the war. As this protest was not repressed, they organized other events that then led to the collapse of tsarism.

March 8th, 1917 thus remains in history as the beginning of the February Revolution.

In 1921 in Moscow, during the Second International Conference of Communist women, it was determined that March 8th was going to be the International Day of female workers.

In Italy Women’s Day was held for the first time in 1922 upon the initiative of the Italian Communist Party, which however, celebrated it on March 12th, the Sunday after the8th.

In 1925 an article by Lenin was reported where he marked on March 8th as International Women’s Day for its active part in social fight and the overthrow of tsarism. 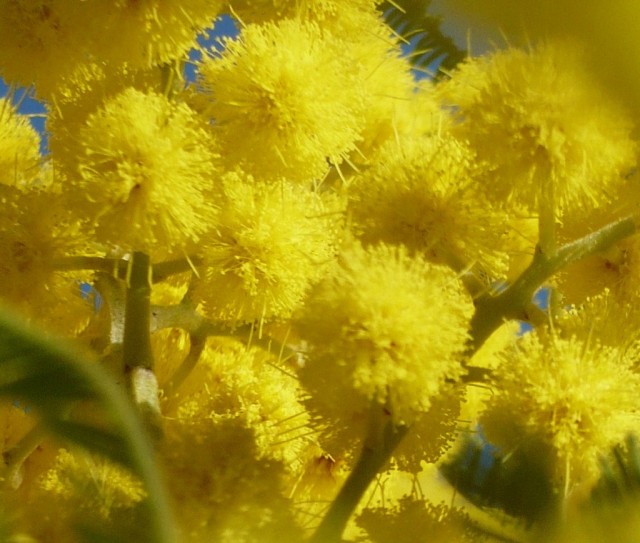 In 1944 The Union of Women in Italy was created in Rome, and it was this organization thattook the initiative to celebrate on March 8th 1945 the first Women’s day in all the areas of free Italy.

In the same year in London a woman’s legislation was approved, and then sent to the UN, containing demands for equal rights and work.

March 8th, 1946 was the day when this festival celebrated for the first time in Italy and in this year the mimosa made its first appearance, a flower that blooms just the first few days of March.

The idea of this symbol came to Teresa Noce, Rita Montagnana and Teresa Mattei, three Italian partisans and politicians.

In conclusion, the day to celebratewomen was born for both political and social reasons that people tend to forget more and more.

For men who complain that there is no “Men’s day “, remember that it does exist, and it’s celebrated on November 19th, inaugurated in 1999 in Trinidad and Tobago