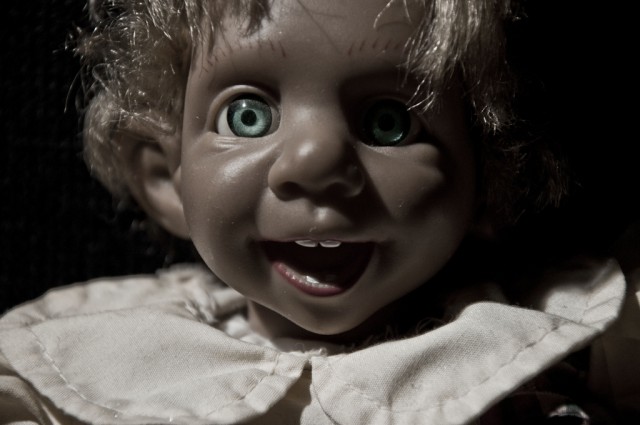 The pediophobia is an irrational fear of dolls. Not just the horror ones, but all of them. This phobia is part of the automatonophobia, which is the irrational fear of any object representing a human being: dolls, mannequins, humanoid robots, puppets and so on.

This phobia is an irrational fear of any kind of doll. It is usually suffered by children, but in some cases it can also be found in adults.

Dolls have in fact always been used horror movies and literature,

Just think of Chucky in “Child’s Play” or Annabelle, or the mechanical puppet in “Deep Red”.

There are also many stories and urban legends about evil dolls, find out more visiting our section “cursed dolls”.

The dolls are also often associated with witchcraft, just think of voodoo practices

Where the dolls can cause pain and torment to the people they represent.

Those who suffer from pediophobia, the pediophobic, have reactions when they see dolls, which may include:

The sight of any doll would then lead the subject, at worst, to have real anxiety or panic attacks.

If that’s not your case and you just love creepy dolls, look at this terrifying doll. Wouldn’t it look amazing in your bedroom? 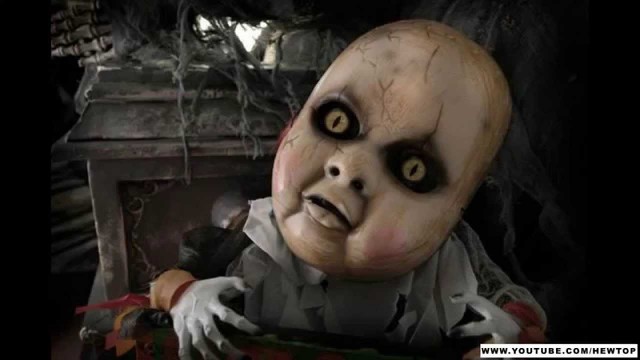 The causes are multiple.

Sometimes there can be traumatic episodes or just bad childhood memories, or belonging to the past in general,

Which may just vaguely have to do with a doll.

But this is enough to connect the puppet with negative feelings, which emerge at the sight of a doll and can sparkle a negative reaction.

In other cases, the stories told by adults or older siblings to frighten a child, where the dolls would take life overnight, play a fundamental role.

The pediophobic say that one of the scariest elements are the eyes of the dolls, fixed and expressionless.

The dolls that have buttons for eyes, then, would seem particularly “soulless.”

How to overcome the fear of dolls?

The two most used practices to combat this phobia are hypnosis and desensitization to dolls.

Desensitization involves exposing the patient to various dolls, until using those the person fears the most.

The therapy would then proceeds to constant exposure to the object that causes the phobia until the patient is able to remain calm in its presence.

Hypnosis or cognitive behavioral therapy instead help the patient to rationalize the thoughts that create this fear, helping them to understand their true origin and to not associate them with object anymore.