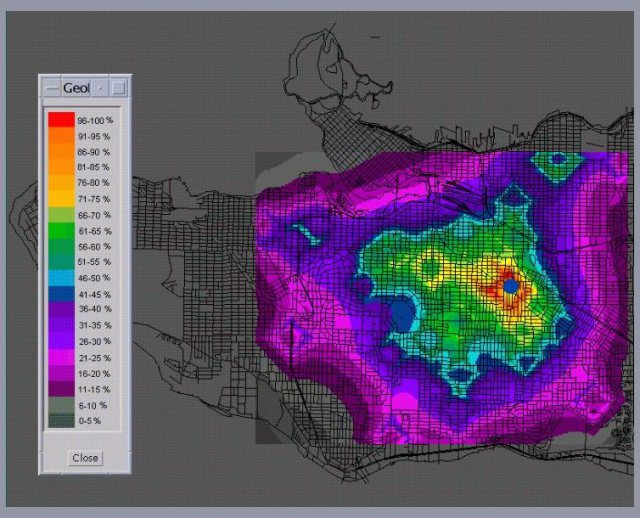 Can you use mathematics to find serial killers? It seems so, and there is an equation that can track down serial killers, invented by Canadian criminologist Kim Rossmo.

Rossmo developed an equation by which, using the geographic data of the crimes already committed, it is possible to trace the area of residence of the criminal. How is that possible?

The equation takes into account several factors, including the habit of a killer or a criminal to act not too far from his or her home but also far enough away to avoid being connected to the crimes committed.

Putting all the data in a computer and using the equation,he geographical map is divided into different colored areas and each colour corresponds to a much higher degree of probability that the criminal actually resides there.

In the picture above you can see an example: the red areas are those with the highest probability of being the resident area of the criminal.

Once you find the most probable areas a cross check is done by the police, in which t non-geographical data of the criminal are considered, such as sex and age, and a more detailed check is carried out.

This equation, although it was not taken seriously when it was first proposed by Rossmo, was instrumental in the capture of a serial rapist in Lafayette, who ended up being a deputy sheriff in the area.

Despite this success, however, this equation does not work so well in all cases because of the many variables involved, but it is always being improved.

The first episode of the show “Numb3rs” takes its cue from this equation, as shown here below.