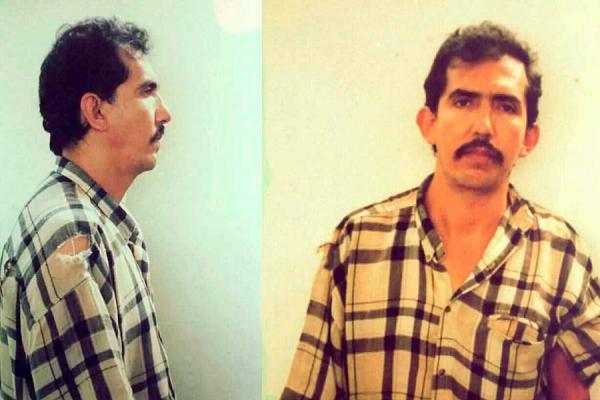 Luis Alfredo Garavito is one of the most brutal and prolific serial killer in history. He confessed to have killed 140 children, all male and aged between 6 and 13 years of age (with the exception of a 16 years old victim), but the killings could be many more.

Luis Alfredo Garavito was born in Colombia in 1957 in a poor family. First of seven children, he went to school only up until fifth grade and with little profit. Although he was eager to learn, classmates often mocked him because of his name, much like garabato (doodle) and so Luis became more and more isolated.

He also told of growing up in a violent home, remembering the screams and insults and especially the father’s violence toward his mother.

In particular, he recalls an incident in which his father wounded his mother with a knife: he said he could never forget that scene that, which was fixed in his memory forever. His dad beat her so hard that once, because of the beating, she started limping.

Luis also said that his father was not sleeping with his mother, but with him. He also remembered that he would bathe him and that one night he touched his private parts. Luis hated him with all his heart.

To make matters worse when he was 12 a friend of his father beat and tortured him, burning him with candles and biting his the private parts. Luis, during his interrogation, would say that he was tied to the bed and made do “things” so terrible that even at a distance of 40 years he didn’t have the courage to say them out loud.

The violence continued for two years, but Luis did not say anything to his father for fear that he would believed his friend and not him.

Because of all these problems he become an alcoholic as a teenager.

Luis got a job in a supermarket where he also met Claudia, a woman with two children, with whom he had a relationship. This relationship however was only sentimental because Luis seemed to be impotent.

It is this condition that, in 1980, made him feel an “impulse”. Whenever he saw children he had the desire to touch them and rape them, so he took advantage of the two-hour lunch break to go to a nearby village and lure children, then bind, undress and rape them.

The following year, however, raping children was not enough anymore. One day he brought a child in the city of Sevilla but this time he had with him knives and candles. Luis took pleasure in biting, cutting his arms and burning his buttocks with candles.

With this torture he could finally experience orgasm and more atrocious the tortures were, the greater was his pleasure.

At night, however, he felt remorse and would wake in the middle of the night thinking of all his victims and wept in despair. Because of this conflict he entered a mental hospital from which he was released 33 days later, labeling him as cured.

But the doctors were wrong and as soon as he was out he started molesting other children. 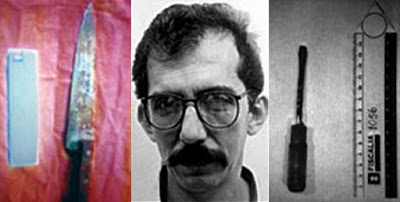 In 1992 he carried out his first murder: he saw a child in a park and, moved by an impulse, bought a knife, a rope and alcohol and then approached the child.

With the promises of money the little one followed him in an isolated place where not only he tortured and raped him, this time he heard a voice telling him to kill him. He proceeded to do so.

He then decided to go home to visit the only sister with whom he still had a tie, but on the way he met another child and killed him.

In 1993 the burning by candles and bites are not enough anymore, so he began to cut the belly of the children while they were still alive, enjoying seeing their intestines coming out.

Using this method he killed more than 100 children.

In 1999 he was arrested when, as he was about to rape a child, he was discovered by a man who threw stones at him making him flee. The child called the police who started a manhunt that ended with Luis’ capture.

After the arrest he confessed his crimes but was tried only for the aggression of his last victim and the murder of a child because the other murders could not be linked to him without evidence.

He was sentenced to 40 years in prison, the highest penalty in Colombia. While capital punishment is not practiced in Colombia, many Colombians asked for an exception to be made in this case, given the gravity of his crimes. This request, however, was not accepted.

He is now in prison, in isolation, to prevent other prisoners kill him. For this same reason he has been transferred to many different prisons.