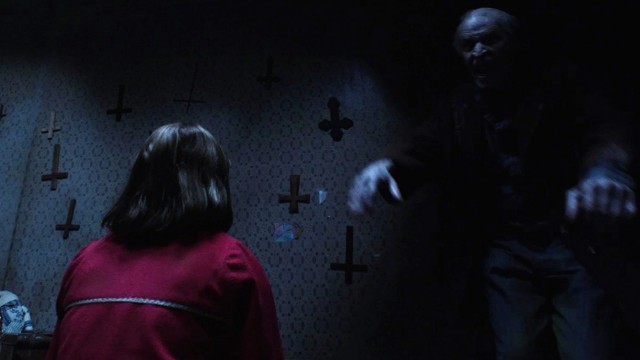 The Smurl family was haunted by some evil presences that infested their home in the 70s and 80s.

The story of the Smurl family

After Hurricane Agnes in 1972 Jack and Janet Smurl moved into a new home with their parents, John and Mary. It was a house fit for two families so Jack, Janet and their two daughters Down and Heather could live in an apartment and the grandparents in the other.

The Smurl family had bought the house at a great price, however, it had to be refurbished and the first 18 months were spent full of work but all in all happy.

The problems came in 1974 when some strange things began to happen.

The first event that the family remembers was the appearance of a stain on the carpet. In the same year some pipes they began to leak water, the TV exploded and deep scratches appeared on the new bathtub and on the floor.

The following year was no better and the older daughter said she sawsome “people” near her bedroom.

They tried to somehow explain these strange events, after all it is very easy to stain the carpet and the floor can be easily scratched. As for the TV,they thought it must have been a short cut or a factory defect.

In 1977, however, the Smurl family had to think again and began to realise that the house could be haunted.

That year new phenomena started to appear, such as drawers that opened and closed by themselves, the radio playing even when unplugged, footsteps heard on the stairs and in the hallways, and a nauseating smell began to permeate the house.

In the same year twins Shannon and Carin were born, and the strange phenomena continued. It was only in 1985, however, that their frequency and intensity suddenly increased.

The temperature in the house was always very low and voices could be heard even when someone was alone in the house.

In February, Janet saw a human shadow entering the kitchen and disappearing through the wall that separated them from the grandparents’ house. Once past the wall Mary also said that she saw a shadow coming into the house. On another occasion, a fan fell from the ceiling and almost killed the little Shannon.

But the scariest part is this: the Smurl spouses began to levitate and Janet was once thrown out of bed while Jack was paralyzed. All these noises did not go unnoticed even with the neighbors, who heard strange voices and noises even when the Smurls were not at home.

In January 1986 Janet heard of the Warrens, a couple of researchers and experts in demonology. She contacted them, explained the situation and they decided to go see the house.

After months of investigation they came to the conclusion that it was infested with three entities and a demon.

They tried to drive out these presences with prayers and holy water and this ritual seemed to work.

Unfortunately, shortly after, Jack claimed to have been raped by a demon.

The story became famous and the family was interviewed by several newspapers and TV stations where they asked for help. Soon the house turned into a real attraction, attracting many visitors. But some suspect that the whole thing was a stunt made up by the to try and gain something.

In 1986 another medium, Mary Alice Rinkman, visited the house and agreed with the Warrens that there were indeed a demon and 3 entities.

Rinkman discovered that one of the spirits was an elderly woman named Abigail and the other was a black man, Patrick, who had killed his wife and her lover, but was not able to recognize the third.

Also in the same period a priest spent two nights in the haunted house, but didn’t experience anything strange or unusual.

Given the great media pressure Father McKenna performed a third exorcism, also to no avail.

Tired of these evil entities, the Smurls decided to move house in 1987.The house was sold and the following owner never experienced any abnormality.

This story inspired a book, “The Haunted” which was later made into a television movie in 1991, “The house of lost souls.”