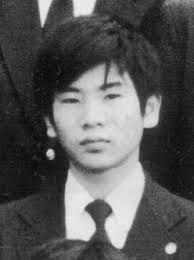 Seito Sakakibara is the nickname used by a fourteen year old Japanese boy, guilty of having tortured and killed two children in elementary school. During the trial and in the media his name was not disclosed and he was referred to, as customary in Japan, only as”A boy”.

On May 27ththe head of Jun Hase, a school pupil who was attending classes for children with disabilities, was found on the stick of the gate at the elementary school Tainohata.

The eyes had been gouged out and his mouth cut in the corners as to form big smile on his cheeks. Tests revealed that it had been cut with a hand saw.

Inside the mouth there was a piece of paper with a note written in red pen, signed with the name Sakakibara, saying:

“This is the beginning of the game… Try to stop me if you can you stupid police… I desperately want to see people die, it is a thrill for me to commit murder. A bloody judgment is needed for my years of great bitterness.”

It also bore the inscription in English “shooll kill”, with the word “school” wrongly spelt.

On the 6th June 1997 Sakakibara sent a letter to the newspaper “Kobe Shinbun” in which he claimed to be responsible for the murder and the beheading of little Jun.  He also announced that he would kill again.

The police noticed that the style of this killer was similar to the one of the Zodiac, the killer who terrorized San Francisco in the 1960s and who sent letters to newspapers bragging about his murders and announcing other.

Later another three-page letter again written with red ink was delivered, and it featured the name Sakakibara Seito, the same name on the note found in the severed head of Jun.

“Now, it’s the beginning of a game”, the letter stated that “I am putting my life at stake for the sake of this game… If I’m caught, I’ll probably be hanged… police should be angrier and more tenacious in pursuing me…. It’s only when I kill that I am liberated from the constant hatred that I suffer and that I am able to attain peace. It is only when I give pain to people that I can ease my own pain.” 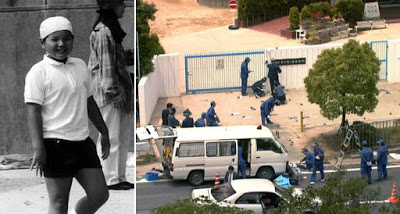 The letter also contained some criticism regarding the Japanese education system, which he said gave him a forced education from which he had been formed, as an invisible person.

The media, once they learnt of the name used and the associated ideograms, called the killer “The Devil’s rose” but Sakakibara insisted on being called by the name he had chosen.

He said it with another letter where he threatened them to pronounce  the name as he had suggested, otherwise he would get angry and would killed three people (adults) per week making it clear that he did not only killed children.

On June 28th, Sakakibara was arrested as one of the suspects of the murder of Jun and shortly after his arrest he confessed not only of this but also of the murder of a 10 year old girl, Ayaka Yamashita, made on March 16th,  and the aggression of three girls In the same period.

He wrote in his diary how he had killed her, hitting her in the face with a hammer.

Ayaka’s father had said to be able to recognize the culprit and had asked Sakakibara’s school to show him all their students, but the school declined the request.

Obviously this had a major impact on public opinion who blamed the violent movies, just like in the case of Tsutomu Miyazaki.

Due to this episode, the age of prosecution in Japan has fallen from 16 to 14. 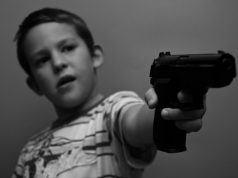