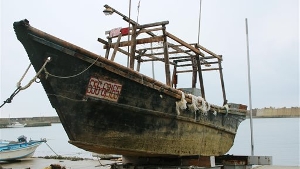 Since mid-October the Japanese have found of “ghost ships” off their coasts, these ships being full of rotting corpses, some of them beheaded. Others only contain skeletons.

The ships are old, made of heavy wood and very slow. On board, in addition to the bodies, were found fragments of a flag that looked Korean; on some boats Korean characters were found and these clues seem to lead to the conclusion that these boats are North Korean.

It has not yet been officially declared who the crew members are, if sailors who lost their way or desperate people trying to flee North Korea.

For now the vessels found are 8, but it is possible that in the coming weeks more will be found.