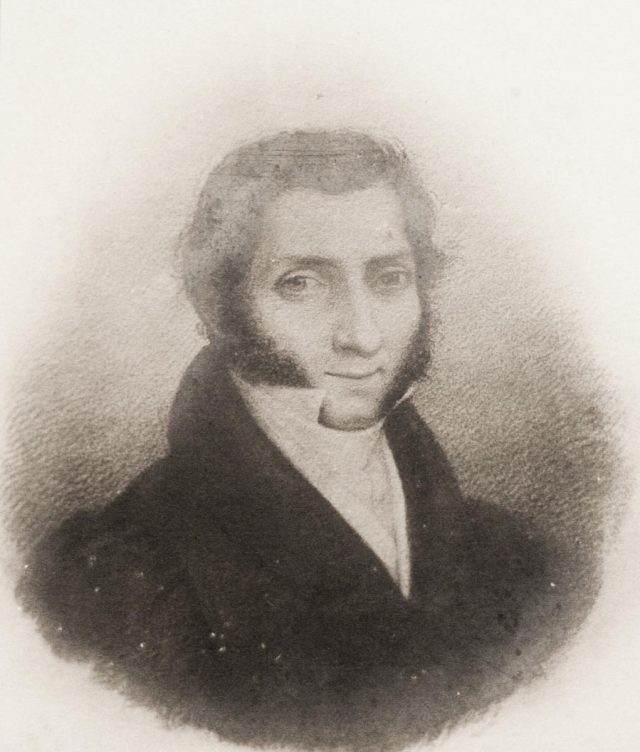 In Salò, a small village with 10.000 people in the italian provicne of Brescia, there are some italian mummies. They may not be as ancient and exotic as the Egyptian mummies, but they are very peculiar: they aren’t wrapped in linen bandages and they look like sculptures.

For this reason the method used for imbalming these bodies is called “petrification”, however that’s not a proper scientific definition.

The author of these spectacoular mummies was Giovan Battista Rini, also known as “The Salò petrifier”.

Giovan Battista Rini was an Italian surgeon, expert in embalming. Born in 1795 in Salò, he is famous for using a particular technique of embalming mistakenly called “petrification”.

He graduated in medicine in Pavia and worked in a hospital in Milan. Later he returned to Salò to perfect his technique of embalming along the footsteps of Girolamo Segato, of whom I have already talked about in another article.

The subjects of his experiments were bandits and members of the Carbonari Society, but his studies were not only limited to petrification.

Some people in fact were subjected to “corrosion”, IE eliminating some tissue to show others. In this way he could highlight particular anatomical details such as, for example, the muscles and veins.

At the time these studies were of tremendous help to medicine since the modern techniques of conservation did not exist yet and the bodies used for the studies would quickly decay.

Like his predecessor he never divulged the secrets of this technique, but a recent examination on the bodies brought to light some elements.

Rini used heavy metals such as arsenic and mercury to thicken the skin, and thus make it more resistant. Other materials found were silica, lime and sulfur.

In his will he left his findings to the hospital in Salo who recently has donated them to the municipality.

Now you can admire them at Palazzo Fantoni and, 200 years later, are still perfectly preserved.