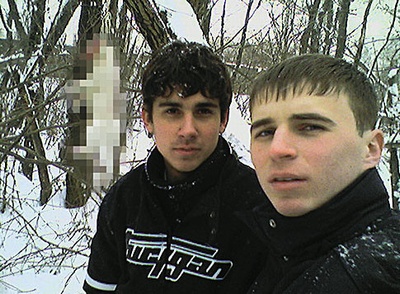 The Dnepropetrovsk maniacs are two young Ukrainians who killed 21 people in 2007 in just 21 days. (Technically they are spree killers and not serial killers)

They have become particularly famous because they have filmed the killing of some of their victims and the videos leaked online. They are stiil visibile today.

The maniacs started killing at the age of 19, but they met when they were 14, during high school.

The murderers are Viktor Sayenko and Igor Suprunyuk and were arrested along with a third young man, Alexander Hanza, who had not taken part in the murders.

The three of them immediately became friends and from the age of 14 they dedicated themselves to illegal activities, especially torturing animals. Alexander Hanza had a blood phobia and the two friends proposed him to overcome it by torturing stray dogs. The three of them began to capture stray dogs and torture them, gutting them and drawing swastikas with their blood, often taking pictures with their victims. Some of these photographs have become viral in social media.

Two years before the murders, Igor Suprunyuk beat up a young boy to steal his bike and sell it to his friend Viktor Sayenko. The two were arrested, but were released because they were under the age of 18. A few months before the murders, instead, the three boys had begun to rob people. Igor had a car with which he operated as an unauthorized taxi. The three had begun to assault the passengers, robbing them.

All three of them allegedly got away with the contacts their wealthy families had with influential people.

The murders of the Dnepropetrovsk maniacs 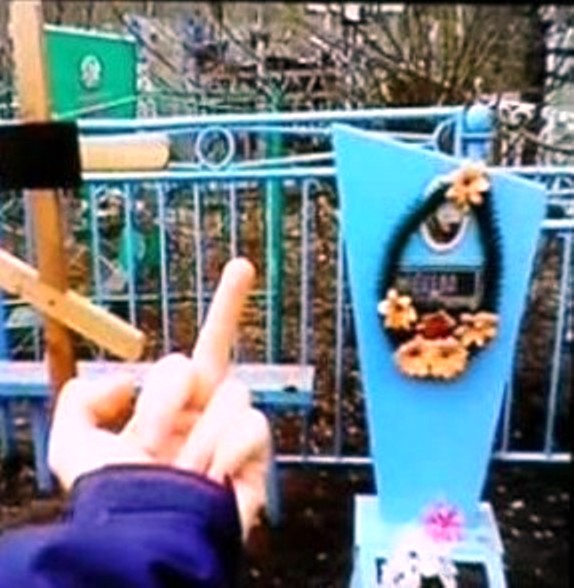 The murders began on 25 June 2007 and the first victim was 33-year-old Yekaterina Ilchenko. The woman was hit with a hammer to the head after visiting a friend.

Their second victim died only an hour after the attack on Yekaterina. Roman Tatarevich was on a bench when the two boys, Igor and Viktor, hammered him in the head. They hit him with such ferocity that the man was unrecognizable.

Two more victims died on July 1 and three more on July 6. The victims were a man and two women, one of whom had three children and a disabled husband.

The following day the two maniacs attacked two boys who were fishing, killing only one, Andrei Sidyuk, while the second, Vadim Lyakhov, managed to escape and alert the police.

On July 12, they kill a man who had survived cancer. Another 12 victims will follow, chosen among the weakest people: drunks, women, children and the elderly.

One victim in particular was pregnant and the two Dnepropetrovsk maniacs killed her, removing the fetus from her belly. The video of the attack leaked through the net.

Initially, as often happens, the murders were not connected to each other. It was only on 7 July that the police began to put together the pieces of the puzzle. That’s the day that Vadim manages to escape from their murderous fury. The police initially think that he killed his friend, then they realize that the boy is innocent and that the murder is linked to the long trail of blood that began on June 25.

A few days later a woman on a scooter is hammered and killed. However, there are several witnesses who manage to give a description of the attackers that matches the one given by Vadim. Some of the victims had been robbed of their mobile phones and the police decided to distribute the identikits of the young people in the pawnshops of the city. The strategy pays off and the two maniacs are arrested. 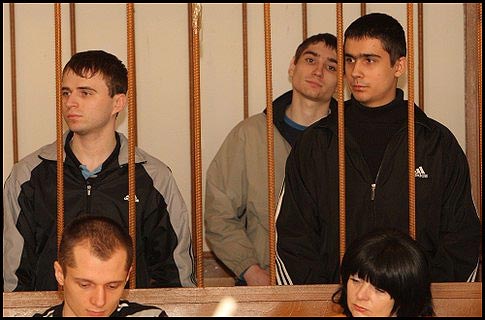 The three young people were arrested on 23 July 2007, 21 days after the first murder. For Igor and Viktor there are 29 counts, 21 counts of murder and 8 counts of assault. For Alexander there is only one charge for a robbery that took place before the murders.

The motive was never clarified, but the classmates of the two said that the maniacs were in contact with a “rich foreigner” owner of a website that would promise them a lot of money in exchange for 40 snuff movies. However, there is no evidence to support this hypothesis except the stories of the companions of the two maniacs.

Viktor decided to change his lawyer and get defended by his father. The defense argued that the investigations were conducted incorrectly, that the interrogations were not legal and that the guys in the videos were not the defendants. Viktor’s father also claimed that there were other perpetrators, but that they were covered by their influential families. All these assumptions were considered false by the judge.

During the trial, various photographs of the young people were shown posing with ripped-up animals and two videos of the murders. In one of the videos you could see the murder of Sergei Yatzenko, who was hammered and stabbed several times with a screwdriver, in the abdomen and eyes. The video lasts about 4 minutes in which the victim alternates fainting with moments of lucidity.

After the murder, the two boys comment on it laughing and washing the blood from their hands. The boys were also present at many of the funerals of the victims, sometimes taking pictures in front of the coffins or tombs showing the middle finger.

On 11 February 2009, the two maniacs were sentenced to life imprisonment, while Alexandr was sentenced to 9 years for robbery.

However, the parents of the boys continue to claim that their children are innocent and in 2009 they requested an appeal sentence which, however, confirmed the life sentence of the two Dnepropetrovsk maniacs.

Videos of the Dnepropretovsk maniacs are available on the web and I cannot post them here for obvious reasons. If you are interested in seeing them (but I strongly advise against it) you can search in a search engine for “3 guys 1 hammer“, “3 guys 1 screwdriver” and “liveleak killing the mother“. Needless to say, these films are raw and disturbing.