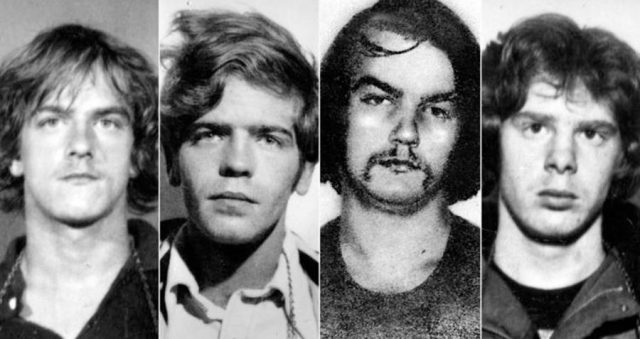 The United States of America has been the scene of heinous crimes for decades. A land that many legitimately dream of but which, however, has given birth and continues to give birth to serial killers, criminals cults, teen and young murderers.

The story we are going to illustrate fits perfectly into this picture of social and existential degradation. Conditions kept well hidden by the glittering American society, but which, often, emerge in all their destructive power.

What is a sect? What are the basic characteristics that define and determine any sect? A group of people who follow a specific doctrine in the religious, social, political, philosophical field, which, however, differs from pre-existing and shared teachings and principles. Is it enough, then, just four individuals to make a group turn into a sect?

The Ripper Crew – also known by the name of Chicago Rippers – are in that dark space that is difficult to decipher. What and who are the Chicago Rippers? A group of Satanists who, however, do not meet the requirements to be defined as a sect? A criminal organization like many others, a gang of drifty murderers or a real sect?

Sact or not, the Ripper Crew embodies a criminal movement like few others. Robin Gecht (born in 1953), Edward Spreitzer (born in 1958), brothers Andrew and Thomas Kokoraleis, born in 1961 and 1958 respectively.

Robin Gecht is the founder of the “Ripper Crew”: obviously complex personality, a psychology – using an inappropriate but immediate terminology – disturbed, unhealthy. Pure perversion. It’s a coincidence that Gecht works for John Wayne Gacy, the so-called “Killer Clown”, an American serial killer who killed 33 confirmed people. Gacy is an unsuspected person: among his many activities as an “ordinary person”, he is the head of a construction company. Gecht and Gacy worked together. A coincidence that is surreal.

The glue of the “Ripper Crew” is Satanism. Distorted, violent, “homemade”, reinterpreted, “acid”, in fact. A glue, a magnet full of mystery and transgression. Themed books, the classic “Satanic Bible” and the Church of Satan by Anton LaVey as a prelude to the band’s murderous activities. 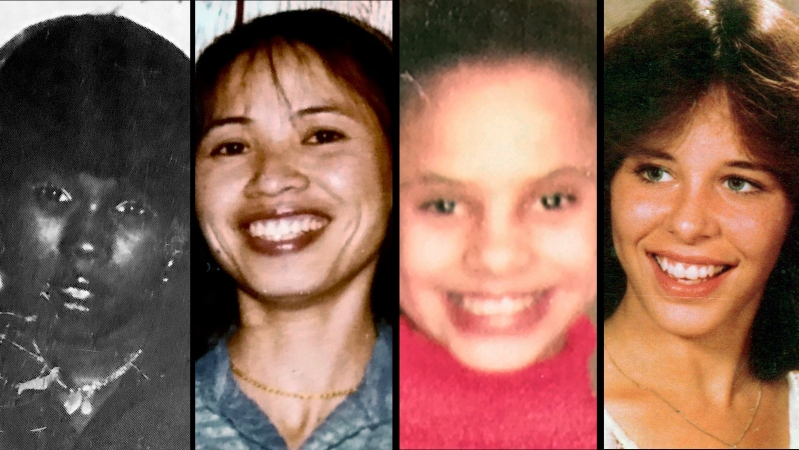 Linda Sutton, 28. She’s the first victim of the Chicago Rippers. Kidnapped on May 23, 1981, she was found dead ten days later, at Villa Park, Illinois. The woman’s body was clearly mutilated. The left breast removed. The investigations were lost in a dead end.

May 15, 1982. The band led by Robin Gecht strikes again. The victim, still a woman, is Lorraine Borowski. She is kidnapped in the morning, while she is opening the real estate agency where she works. Five months later, the woman’s body is found at a cemetery in Clarendon Hills, County DuPage.

The kidnappings and the resulting blood trail do not stop. The gang strikes, fast, lightning fast, camouflaging itself. On May 29, 1982, it was the turn of Shui Mak, kidnapped at Hanover Park. The woman’s lifeless body is found four months later.

Shui Mak is followed by Angel York, surprised in her van by the members of the “Ripper Crew”. Mutilated and tortured, they cut her left breast, then thrown from the car still alive.

At the end of August, the four “Chicago Rippers” strike again. On August 28, 1982, Sandra Delaware‘s body was found on the banks of the Chicago River. Sandra, like the other victims, presents multiple mutilations: her throat cut, signs of strangulation, the left breast (still the left) removed.

On December 6, it was the turn of Beverley Washington, found near a railway track near Chicago. Mutilations, cuts, bruises, a body tortured by sadistic executioners. The left breast removed as an indistinguishable signature of the murderer. The right breast has cuts.

There are six victims, although the “Ripper Crew” will be accused of having killed at least 18 women, many of whom have never been found. Miraculously, Beverley Washington survives. Beverley will be the keystone of the case, providing the investigators with useful and decisive elements for the resolution of the case. Thanks to her precise and reliable statements and descriptions, it will be possible to trace the executioners.

The House of Horrors

Simple but effective modus operandi. The band operates in the Chicago area, moving in a van. Once the victim has been chosen, she is first kidnapped, then taken to Gecht’s house, a penthouse. Here, a temple in honor of Satan had been built. Candles, an altar with red cloth, walls on which six red and black crosses stand out. The victims, easy to guess, are sacrificed to Satan. The ritual includes the reading of satanic verses, the torture of the woman, the ritual removal of the left breast, masturbation, cannibalism. The left breast, in fact, is cut into pieces and eaten by the members of the “Ripper Crew”.

Investigation and arrest of the Chicago Rippers 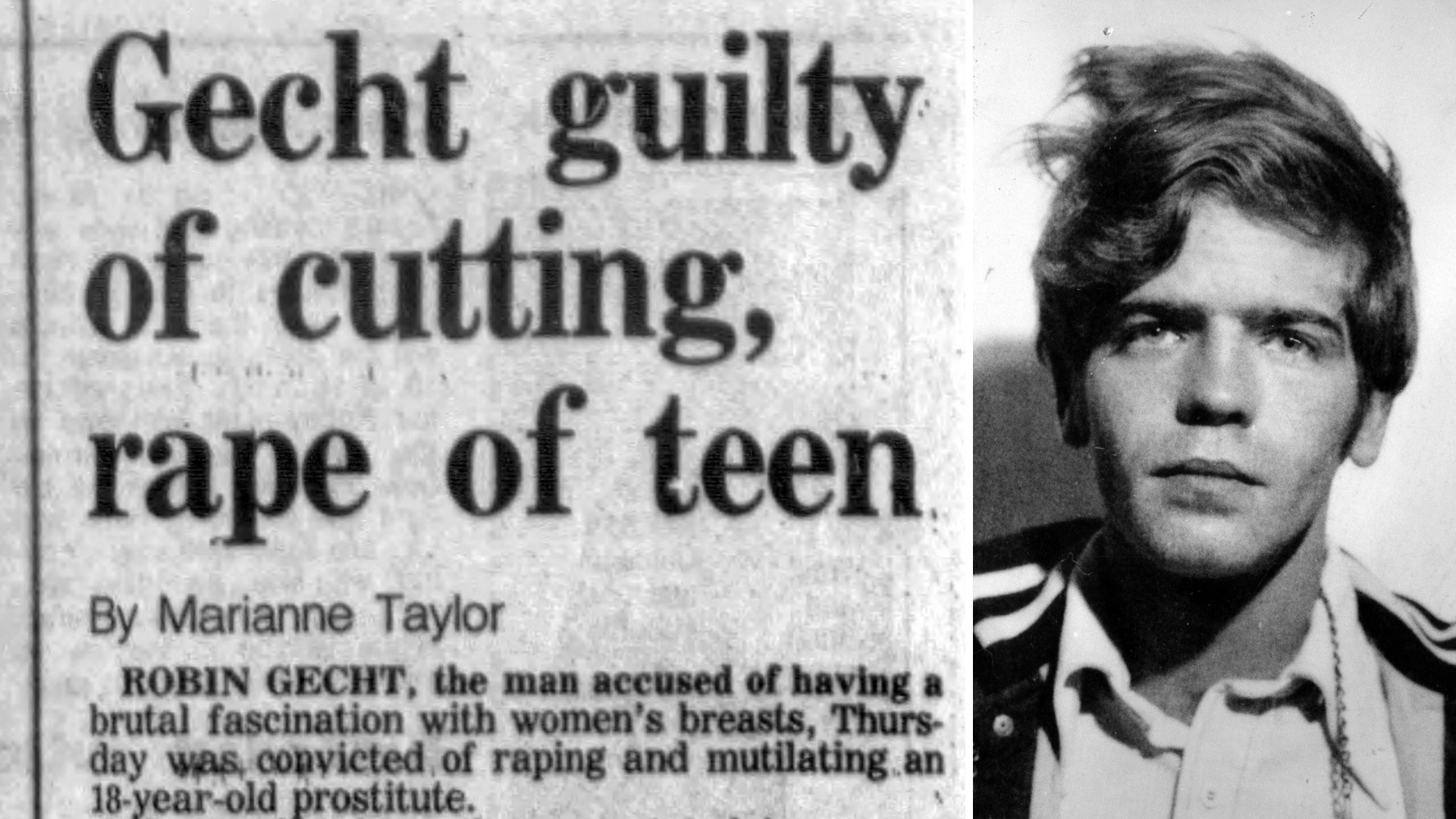 The events linked to the investigations and arrests of the four members of the “Ripper Crew” are singular, and in some ways decidedly surreal. Gecht, in fact, is arrested a first time, but immediately released for lack of evidence. But since 1981, however, the investigators are still on the trail of Gecht. The director of a hotel had reported that four men had organised a sort of party in the room. A suspicious “party”

The circle around the Chicago Rippers is getting tighter and tighter. The arrest of the four men is the next step that marks the end of this long trail of blood. When the police arrest the Kokoraleis brothers, details of the gang’s modus operandi are revealed. The women were transported to the so-called “satanic chapel“, the satanic chapel, where they suffered unspeakable torture and mutilation. The ritual of the left breast removed, the masturbation on the cut breast and the acts of cannibalism constitute the apex of the lucid homicidal madness carried out by the “Ripper Crew” and by Gecht.

Andrew Kokoraleis, Thomas Kokoraleis and Edward Spreitzer confess to the kidnappings and murders. Edward Spreitzer, at first, is sentenced to death by lethal injection. The intervention of the Governor of the State of Illinois, George Homer Ryan Sr., is decisive for the fate of Spreitzer. The sentence is commuted to life imprisonment without parole.

Thomas Kokoraleis is sentenced to life imprisonment. His sentence was later commuted to 70 years in prison. He was released from prison in March 2019.

The fate of his brother, Andrew Kokoraleis, is quite different. On 16 March 1999 he was executed by lethal injection. The last death sentence carried out by the State of Illinois was that imposed on the member of the “Ripper Crew”.

And Robin Gecht, the “spiritual guide” and charismatic of the “Ripper Crew”? Paradoxically, the leader of the gang is the one who will never confess to the murders. He was sentenced to 120 years in prison and, in 2042 (in theory: he will be 89 years old), he could avail himself of his probation. Gecht is serving his sentence at the Menard Correctional Center, Illinois.

Satanic set, criminal organization. The “Ripper Crew” is this and much more. It is a real homicidal hurricane which, between 1981 and 1982, upsets the metropolitan area of Chicago. Women, only women. Selected victims, indeed, chosen ones. Misogyny, sexual perversion, degenerate fetishism, acid satanism, an unhealthy, deviated and distorted form of social, personal and sexual redemption. Elements that allow four individuals to emerge and vent their impulses. The “Ripper Crew” is an explosive mix of all these ingredients which, not by chance, we find in many cases of crime news. In little more than a year it has claimed at least 18 victims, all women. An unexpected and impetuous hurricane.

The criminal events linked to the “Ripper Crew” remain, to this day, still wrapped in a thick blanket of question marks. Robin Gecht and his gang enter the black news scene abruptly, and leave it just as quickly. And yet, we are talking about a group that has sown death, grief and pain, and has put in place a criminal plan that is quite brutal and, in some ways, unprecedented.

A story that sometimes recalls – with the necessary differences – famous cases such as “Jack the Ripper” and “The Monster of Florence”. The judicial truth has been ascertained and handed down to history, to criminology but, probably, we will never know what really drove Gecht and his gang to perpetrate similar, heinous crimes.

The imperscutability of serial killers: a factor that no trial and no condemnation, even the most severe, can ever decipher.