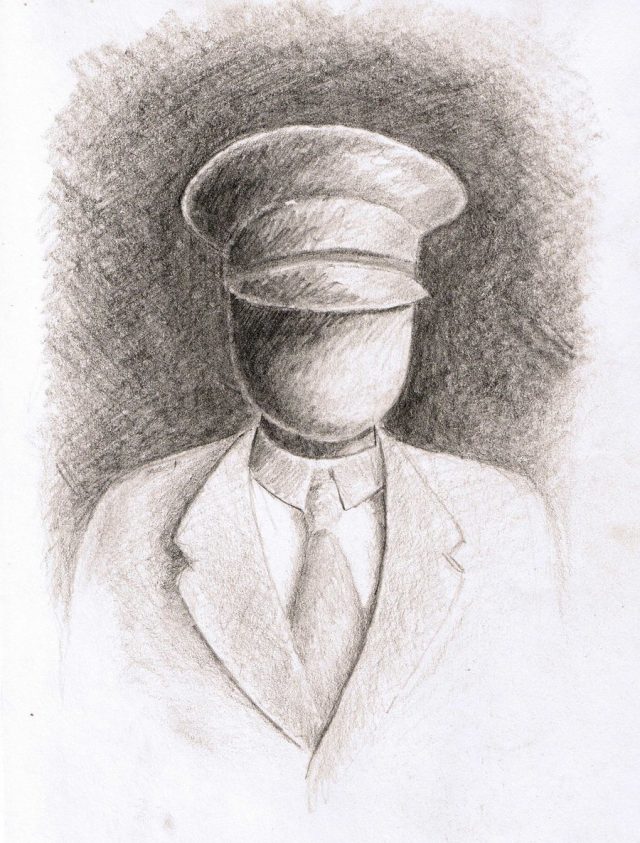 Charlie-no-face is an urban legend mainly from Pennsylvania, United States.

The legend of Charlie no face

The legend of Charlie-no-face, also called Green Man, tells the story of a man without a face who can be seen by taking a certain road in Pennsylvania.

According to someone he would be a worker who was electrocuted by a cable, according to others he was a man struck by lightning who survived and is now holed up in a shack in the woods.

Some versions describe him as a man with green skin instead. The story of Charlie-no-face has been handed down orally and many were amazed to find out that Charlie was actually a person who really existed.

Charlie-no-face real name is Raymond Robinson, born in 1910. When he was just eight years old, he was the victim of an accident that left him disfigured for life.

He was in the company of some little friends and together they decided to go play near the Morado Bridge, which was crossed by a tram line. On one of the bridge’s pylons they spotted a nest and the children began to compete, wondering who would have dared to climb to the top to count how many birds were the nest.

Ray took up the challenge and climbed up, but he touched an electric cable that shot him instantly, on the very same spot where, less than a year before, another boy had died of the same incident.

The shock was so strong that his whole body caught fire and the doctors had little hope for the child to survive. The arm with which he had touched the cable had to be amputated and his face disfigured forever, having lost both eyes, nose, and ear.

Now blind and disfigured he decided to spend all his time inside his house for fear of scaring passers-by. He made himself useful manufacturing belts and wallets, and if he wanted to take a walk, he did so at nighttime.

This soon became a habit and Ray began to frequently walk into the woods near the house, running along a road. Many people traveled along that road at night just to have a glimpse at him, although he tried to avoid being seen, sometimes he sometimes chatted with passers-by and sometimes even let them take pictures of him in exchange for beers or cigarettes.

This is how the legend was born, by people unaware of his story, who saw him on the road and gave life to the character of Charlie-no-face.

The name “Green Man” instead is because of the greenish color of Ray’s skin caused by some infections.