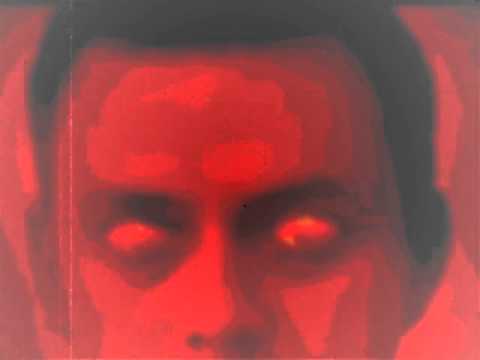 There is a video on YouTube called “Mereana Mordegard Glesgorv”. If you look for it you will almost certainly not find anything, but if you manage to find it you’ll see a 20-second video of a man on a white undefined background fixing the camera, without showing any emotion. Then in the last seconds of the video he smiles.

This is only apart of the video, the complete version lasts two minutes complete but has been removed from YouTube, and the reason is uncanny.

The video was removed after 153 people gouged their eyes out and sent them to the offices of YouTube in San Bruno immediately after watching it.

Then they committed suicide.

It is still unclear how they managed to send packages to the well-known company. Also, on the arms of the victims an enigmatic inscription was found, still remained un-deciphered.

YouTube periodically uploads the first 20 seconds of the video to avoid arousing suspicion, so people who are interested in watching the video will see that and not the entire recording.

The original video was also seen by a YouTube staff member, who after the first 45 seconds, began to cry. Colleagues intervened but to date this person is constantly sedated and does not remember anything of what has happened.

The people who were in his office turned off the monitor but said they remembered hearing the sound of a drill.

The person who loaded the original video “Mereana Mordegard Glesgorv” was never found, his IP proved as nonexistent and the character in the video was never found either.

Although YouTube has removed the original video, someone has loaded it again and as long as YouTube doesn’t delete it again, it is still visible.

I have posted here the video, but I did not have the courage to watch it. Will you? 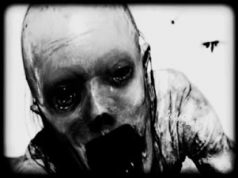 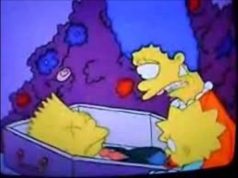 Bart Death – The lost episode of The Simpsons