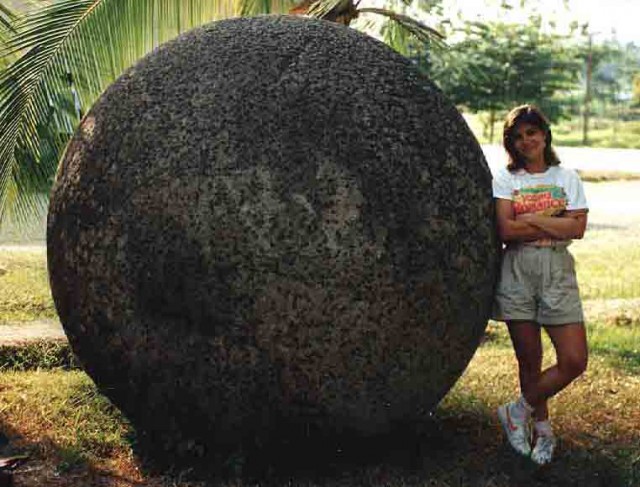 In Costa Rica there are more than three hundred stone spheres, concentrated on Isla Caño and in the Delta Diquis. Locally they are known simply as “Las Bolas” (the balls) and are thought to have been created by the now extinct Diquis culture, which was at its height from 700 AD to 1530 AD

These balls generate a lot of curiosity and many people claim that Diquis civilizations possessed advanced knowledge that allowed such a precise workmanship of the stone.

The balls have variable sizes and range from a few centimeters in diameter up to two meters or more. The largest can even weigh 15 tons.

These artifacts were mainly carved in gabbro, a magmatic rock, and seem to have been made by beating the stones of large blocks of gabbro in order to smooth them. Then they were polished with sand.

The accuracy of many spheres is amazing and someone suggests that the civilization of Diquis had the ability to soften the stones in order to give them the desired shape.

It is not the first time that the working precision of an ancient civilization arouses wonder, let’s just think of the Ollantaytambo buildings: in this case it has been speculated that the ancient inhabitants of the place could liquefy the stones to give them the desired shape.

The blocks used to carve the stone balls were taken from a hill a few kilometers away, where incomplete spheres were in fact found. 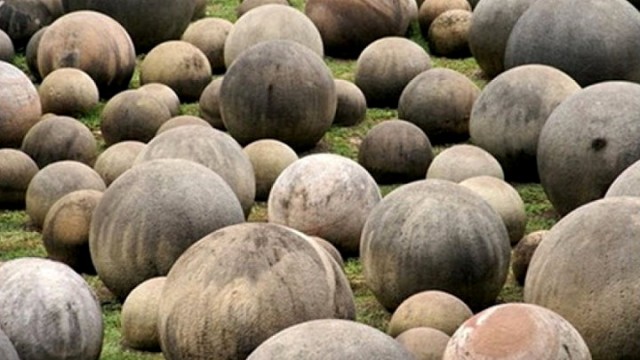 The first balls were found in 1930, when some workers were cutting the trees of the forest to make way for banana plantations.

Shortly after their discovery the word spread that gold was hidden inside them and then the workers began to break them with bulldozers and blow them up with dynamite.

Unfortunately many spheres were destroyed in this way before the authorities intervened.

Stone balls can be traced back to 600 AD until 1000 AD the stop in their making would therefore happen before the arrival of Europeans.

Scholars believe that the balls were lined up outside the houses of the leaders, but their significance still remains unclear.

Someone thought they were built with advanced techniques unknown to us, others that they were made by the mysterious civilization of Atlantis.

According to you how were they created, and by whom?