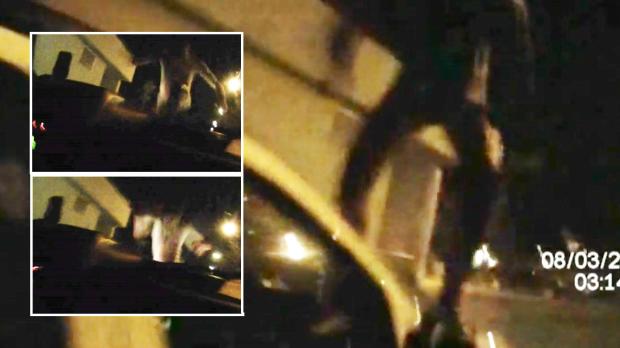 Just yesterday, a 37-year-old man from the Czech Republic began to attack passers-by, uttering dreadful screams and running after them.

Last night, he stripped naked and then began to spread panic

In the city of Kladno, in the south of the Czech Republic, attacking passers-by.

He even climbed onto a balcony on the first floor, broke the window and attacked the family that lived in the house.

He then went back on the road and at one point he even attacked the police, while completely covered with blood,

jumping on a police car and damaging the hood and windshield.

The man allegedly shouted to the police:

Kill me, I am the Wolfman!

The police managed to catch the man who was brought to the main station, where he continued to freak out.

A blood test revealed that the man was completely sober and therefore was taken to a psychiatric hospital for further evaluation.

It is not yet clear what triggered these behaviors and the man will undergo psychiatric examinations to determine whether he suffers from mental illness.

From some surveillance cameras we could witness the images of the crazy man’s deeds, which you can watch below.