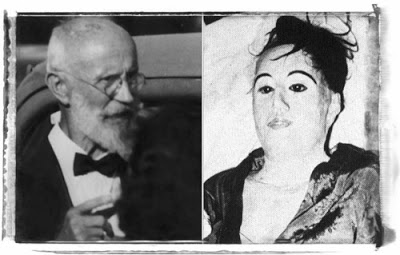 Carl Tanzler was a German radiologist naturalized American who fell in love with one of his patients affected by TB. After the girl’s death, Carl’s feelings for her did not change at all.

Carl Tanzler was born in 1877 in Germany. As a child he said to have had a recurrent vision of g his ancestress, Countess Anna Constantia von Cosel, who showed him the face of his true love: an exotic, dark-haired woman.

As a young man he traveled first to India and then in Australia, where he was caught by the outbreak of the First World War.

In Australia British soldiers put him, along with other Germans, in a concentration camp. After the end of the war the prisoners were not allowed to return to their homes, instead they were sent to Holland where they would be released. There, Tänzler was freed and was re-joined with his mother with whom he lived for three years.

In 1920 he got married and had two daughters, and in 1926, following his mother’s advice, he moved to the US where his sister has also previously emigrated.

He settled with his family in Zephyrhills, Florida, and in 1927 he moved alone to Key West to work in a Navy hospital.

In 1930, as he was working in the hospital in Key West, he met Maria Helena Milagro, known as Helen, a young 21 year old who was there with her mother to go through some examinations.

Helen, of Cuban origin, was recognized by Tänzler as the girl in the vision he had as a child and fell in love with her.

From the tests it turned out to be suffering from tuberculosis and Tänzler did his best to treat it.

During her hospital stay he also filled her with gifts, clothes and jewelry, but all its thoughtful care wasn’t enough and Helen died in 1931.

Tänzler paid the funeral and, after asking permission to the family, he built a mausoleum in Key West cemetery, where he began to go to visit his beloved one every night. Later he said that during those nights he saw the spirit of Helen who asked him to take her away from the grave.

So one night in 1933, mad with love, he stole the body from the mausoleum and took it to his house.

There, he cleaned it and disinfected it, joined the bones with wire and put glass eyes in the sockets. Since the body was already decomposing he replaced the skin with silk soaked in wax and plaster. He also built a mask with Helen’s features and painted it.

Then he made a wig using Helen’s hair that he had been given by her mother after her death and he placed it on the skull, thus completing his beloved one.

The discovery of the corpse 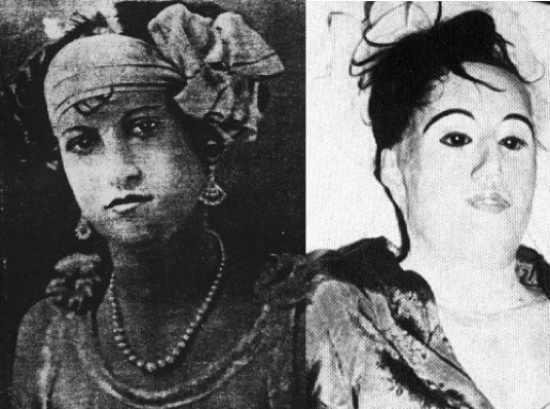 The body remained with him for seven years until, in 1940, one of Helen’s sisters began to hear voices claiming that Tänzler was living with her sister’s body.

When she went to his house to talk to him, she discovered the embalmed body of Helen and called the police.

Tänzler was arrested and was subjected to a psychiatric examination that proved him capable of discernment.

He was then put on trial for destroying a grave and taking away a dead body without permission. However, he was released because the offense had lapsed.

Immediately after the discovery, the body was examined by forensic doctors and then exposed to the public where it was visited by almost seven thousand people. It was later given back to the family that buried it in an unmarked grave, in order to avoid any more attention.

The case sparked a huge interest from the public and the press, and many details were disclosed.

Nevertheless one of these emerged only in 1972 when two doctors who examined the body in the vaginal area Helen claimed that there was a tube made of cardboard that would allow Tänzler to have sexual relations with Helen’s body.

These claims may now no longer be verified and it is unclear whether or not Tänzler was guilty of necrophilia.

What is certain is that after being separated from the body of his beloved one, Tänzler used a death mask to reproduce Helen’s face and he created an effigy.

The radiologist died in 1952 and his body was found lying on the ground only after he had been dead for three weeks.

Some insinuated that the effigy was actually the real body of Helen, which Tänzler had managed to get back again, but these claims have never been confirmed.