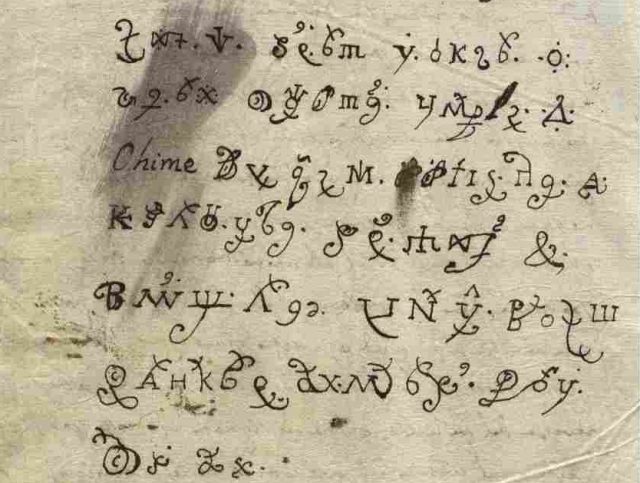 The devil’s letter is a mystery that has fascinated scholars from all over the world since 1600. But thanks to the efforts of some physicists and computer scientists of the Ludum Science Center in Catania, the letter seems to have been deciphered and the mystery solved.

The mystery of this disturbing letter dates back to 1676, when the cloistered nun Maria Crocifissa della Concezione suddenly woke up with “half her left face soaked in black ink” and a letter in front of her.

This disturbing letter is written with strange and indecipherable characters and, according to the nun, it was the devil himself who gave it to her, commanding her to sign it and give it to God. Some versions tell instead that it was the nun herself who wrote the letter, while she was possessed by Satan. The nun, after a struggle with various demons, is able to resist the order of the devil and doesn’t sign the letter, adding only an “ohimè” (alas).

Neither the nuns who came to Sister Maria Crocifissa’s room nor the abbess of the convent were able to decipher those strange characters. The nuns of the convent kept the matter absolutely confidential until a few days before the death of their sister. From that moment on, many of them will try in vain to solve this intricate mystery. The devil’s letter had never been deciphered, until a few days ago.

Some scientists of the Ludum Science Center in Catania have used a decryption software found on the deep web to decipher the devil’s letter, succeeding in the intent. Assuming that the hypothesis of the devil writing a letter to God is not plausible, scientists have loaded into the decryption software those alphabets that could be known by the nun: Greek, Arabic and runic are some examples. Incredibly, the trick worked and the letter was deciphered.

What does the devil’s letter say?

The program managed to decipher the letter by first isolating the characters that repeat themselves and then comparing them with those of the alphabets entered by the programmers.

In this way, phrases such as

(the Styx is one of the five rivers in hell according to mythology), but also

A God I hear freeing mortals

According to the Church, the devil was asking God, in that letter, to leave men free to sin and leave them to their own fate. According to the scientists, instead, the nun suffered from schizophrenia or some other mental disturbance. Probably the cloistered monastic life had made her crazy, or she would have simply accentuated the psychic problems already in existence.

The alphabet with which the letter was written, therefore, would be nothing more than an alphabet invented by the nun herself, combining symbols of the different alphabets known to her. What is certain is that the devil’s letter has finally been deciphered.

Where to find the letter

The original is kept in the monastery of Palma di Montechiaro in the province of Agrigento, in the cell that belonged to Sister Maria Crocifissa.