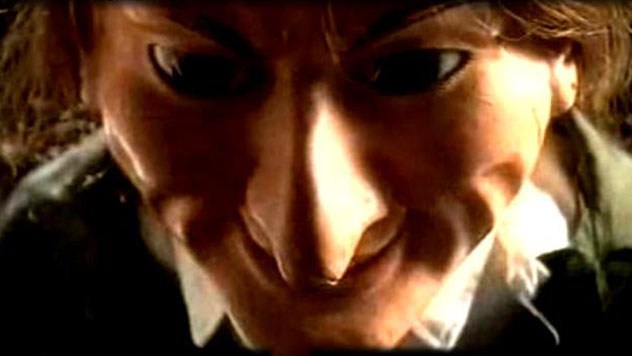 A man visits an old abandoned house in search of antiques. While looking for something interesting he comes across a strange doll that will change his life. It is said to be possessed by the spirit of a child who had drowned about 200 years ago.

In 1972 Mr. Kerry Walton had gone to his hometown to attend the funeral of his grandmother. While in town he decided to visit an old abandoned house that had always frightened him as a child.

While exploring it with a flashlight and looking for some interesting object the light hit something sinister. It looked like a face.

Mr. Walton thought that it was a corpse and got very afraid, but then realized that it was just a doll.

After finding it he put her in a bag and took it with him. Once home, he noticed that his dog, usually very docile, had become aggressive after seeing the doll.

Even his relatives told him to feel repulsed by the strange doll and even other dogs showed aggressive behaviour while in presence of it.

He decided to discard it and the owner of a store offered him $ 400 to buy it. Kerri agreed, but when he drove with his own car to the house buyer, something strange happened.

Walton could not remove the doll from the car; it was like glued to the seat. No matter how hard he tried to move it, he could not do it.

He decided to bring the doll to a Sydney museum where he was told that the doll was about 200 years old and had probably been manufactured in Eastern Europe. Kerri then decided to name it Letta.

The origin of Letta doll

But what was the story behind this strange doll? A medium offered to carry outa session and said that the creator of the doll had made in memory of his son drowned.

Another medium, Keisha, volunteered to find and discover Letta’s story.  She went to Brisbane, the home of Mr. Walton, and organized a séance that allowed an amazing discovery.

She also witnessed a very sad event: the death by drowning of a child. 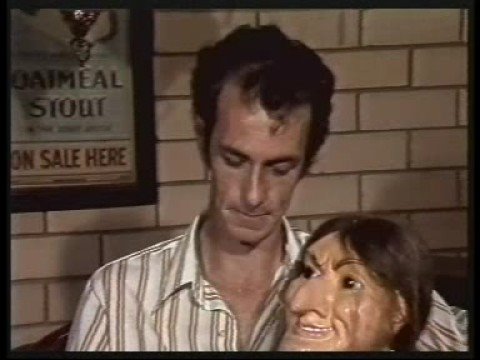 Keisha decided to show the doll in a shopping centre and to explain its story to the public.

As soon as the doll was shown to the public many women cried, a man fainted and felt sick.

The news of this mysterious doll spread and the medium was invited to a TV program to talk about it.

While they were preparing the scene, they put the doll in her lap to find the best angle for thecameras. As soon as they put Letta on his lap, this one moved.

Keisha told the cameramen that the doll had moved, but they laughed, saying it was impossible.

In that exact moment, they all heard a strange creaking and saw the doll’s head turning slowly toward the cameraman and a light bulb exploded.

Almost 10 years later, Letta’s owner of was interviewed again and suddenly a light bulb turned on for the recording exploded.

Keisha suggested that it was precisely Letta to blow it up because he remembered the time when the cameraman had laughed at her.

According to the medium the doll would use the force of the spirit trapped inside it to do this kind of things, but it would be an evil spirit.

Letta is one of the most famous dolls ever owned and was the star of several documentaries in the United States, available on YouTube in English. Below I leave one of the first realized, in 1981.