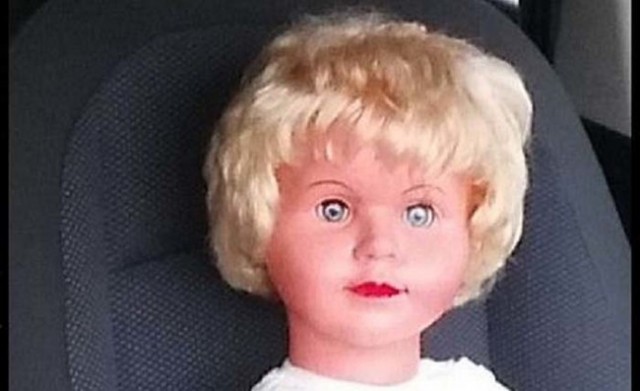 Apparently Peggy doll has nothing special: blond hair, blue eyes and a bow in her hair. There is a particular though, she would be possessed.

The story of Peggy doll

The paranormal investigator Jayne Harris says she received the doll from a woman.

The previous owner claimed to have begun having nightmares after putting the doll Peggy in her house.No matter where she put the doll, every night she woke up sweating and trembling with fear.

After she began to suffer from hallucinations she asked for help and called a priest but to no avail.

Searching the internet she then found Jayne who is now in possession of the doll. She and her team are trying to figure out who is the ghost that would dwell the doll, coming to some hypotheses.

One of these is that the spirit is that of a woman born in 1946 and died of heart problems.

All mediums that have examined Peggy doll agree in saying that the spirit is that of a frustrated woman who was tormented in life.

Jayne said she has received many reports of people who have been hurt after watching a video or photo of Peggy: severe headaches, chills, chest pains and a woman even said to have had a heart attack.

The ones who don’t feel bad, however, experience unpleasant feelings, their room suddenly becomes cold and strange things happen as bulbs that burn and computer stop working.

That’s not the only case of a doll causing bad things happen, another example may be Robert the doll.

I leave the video Doll Peggy but I recommend you watch it with caution given that at least 80 people have felt bad after seeing it.