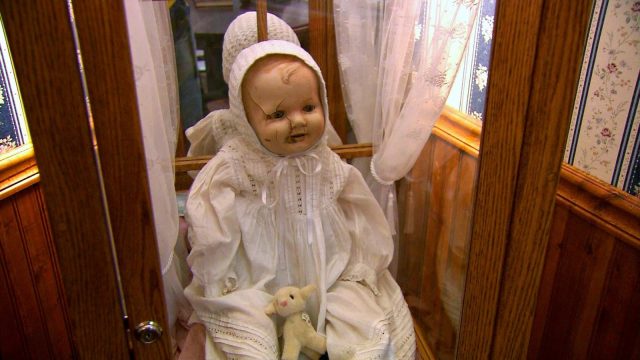 A cursed doll, Mandy doll, is kept in a Canadian museum.  It was donated to the museum by its former owner, tired of the strange things that had occurred at her house after bringing Mandy there.

This doll was donated to the Quesnel Museum by its last owner.

Mandy is a china doll and it was manufactured in Europe, probably in Germany or in the UK at the beginning of ‘900.

Its last owner decided to donate it to the museum in 1991 because of the strange phenomena that, in her opinion, were caused precisely by Mandy.

Many times she happened to hear a baby crying in the basement. Every time she went to check, however, there was no child, but the window was open.

After donating the doll museum, the owner noticed that the strange phenomenon had ceased completely.

Mandy at the museum

The strange eventsat the house of Mandy’s former owner stopped, but started again at the museum.

Since the arrival of the doll a lot of strange things have happened, for example the lunch of employees disappeared from the fridge only to reappear in the drawers.

In addition, various items such as pens, books and pictures mysteriously disappeared. Some were later found, others disappeared forever.

It is now preserved in a glass case, on its own because it is said that if put with other dolls it can damage them.

She also likes to play with electrical and electronic equipment and many tourists who go to see her can experience strange malfunctions with their phones or cameras. 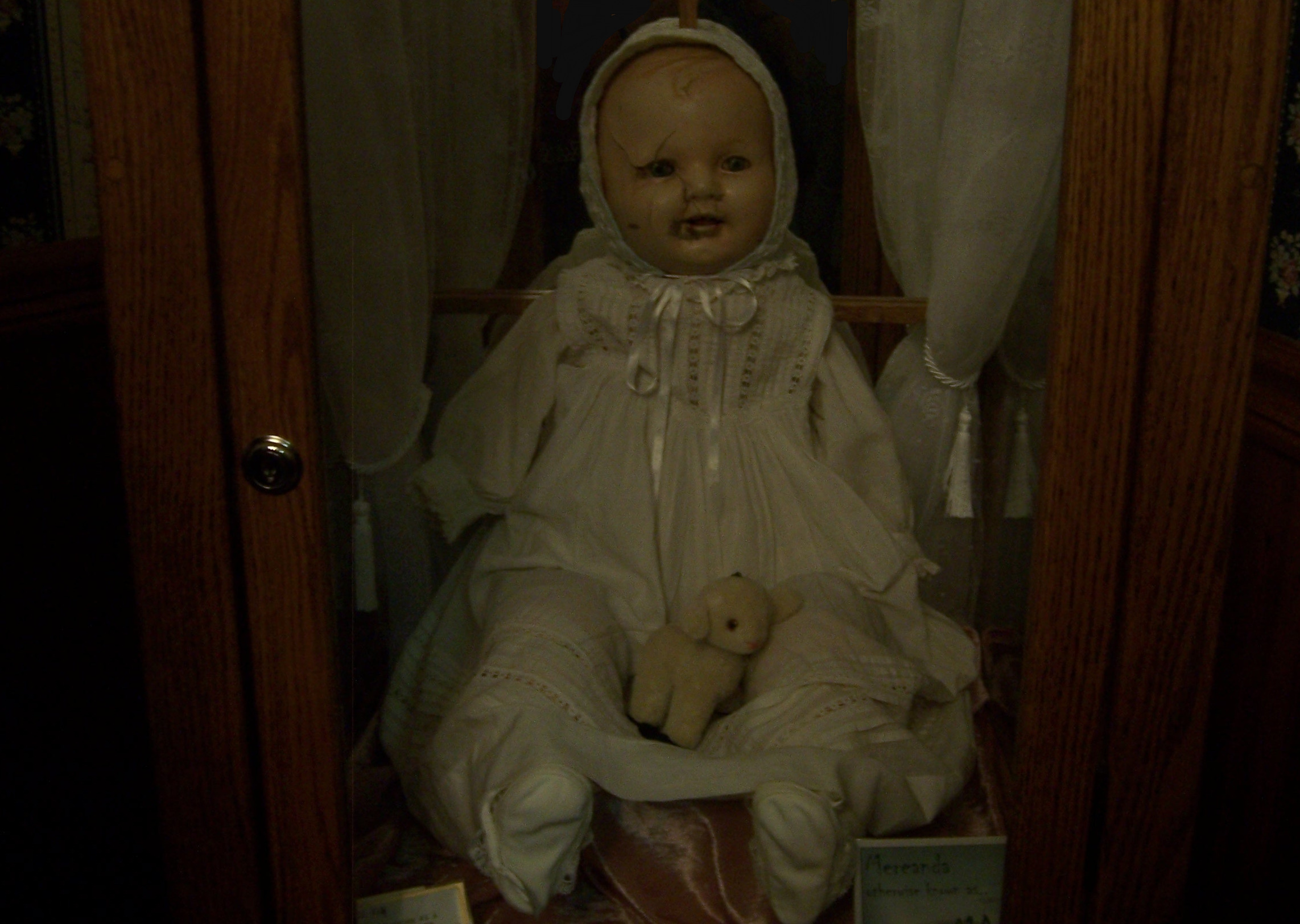 Not much is known of Mandy’s history before being in the hands of its last owner, but a legend circulates on this curse.

It is said that Mandy was the doll of a girl who was locked up in a basement.

At the child’s death, her spirit is said to have entered the doll and remained trapped in it.

These are the only known things regarding the cursed doll Mandy, but if you want to see it you can visit the Quesnel Museum.