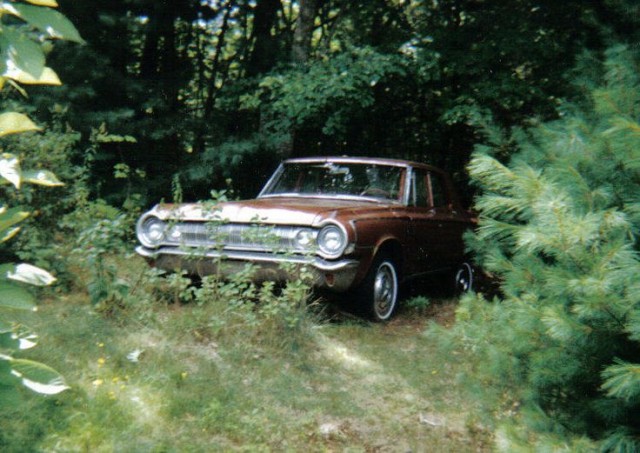 “Christine” is a novel by Stephen King from 1983 that tells of a car that seems to have its own will and is malignant enough to cause fatal accidents. Well, it is said that there is a real car that is possessed and considered malignant. It is a limited edition of a Dodge 330 1964 dubbed GoldenEagle.

This type of car was produced in a limited edition and only around 5,000 copies were manufactured in all. Initially it was intended to be used as police cars and in fact the Old Orchard Beach police force, in Maine, had purchased several of them.

However Goldeneagle was never used because of its malfunction:

it is said to change its speed alone, without being able to be controlled, that the seat belts would release themselves on their own and that the doors were opening by themselves while the car was moving.

It was then sold, alerting potential buyers of its shortcomings, and with the recommendation to have it checked, and was bought by a man who painted it gold, calling it “Goldeneagle”.

But he also experienced failures and left it locked in a garage until it was discovered by a mechanic and collector of cars who wanted to buy it.

Convinced that the failures were due to a factory defect he dismounted and remounted the engine and circuits.

The weird incidents, however, continued, and people began to talk about it, and concluded that the car was possessed.

Around the car corpses of small animals, birds and rodents would be found almost every day, and once a little girl was hit by a car while riding a bicycle not far from his home. The impact sent her straight to the bumper of Goldeneagle.

Even this mechanic decided to sell the car and it is said that among its owners there have also been three police officers who ended up carrying our the massacre of their family, and committed suicide later.

Some thugs tried to vandalize it and every one of them died in strange accidents, one struck by lightning, one in a car accident and one even beheaded after the impact with a truck.

Is this all coincidental or is Goldeneagle really possessed? Today the current owner keeps it parked, in a garden. Any car or mechanism that come into contact with Goldeneagle strangely stops working.

At first the owner used to park his car near Goldeneagle, but after a few days it ceased to work. Bringing it to a mechanic he discovered that the car had no more power. The same happened with two other cars and the mechanic said that there was probably a problem in the ground beneath where he parked the car, maybe a faulty power line.

The owner and the city’s inhabitants, however, are not so sure and blame Goldeneagle, the possessed car, for it. 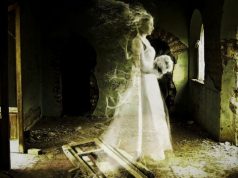 The wedding dress of Anna Baker