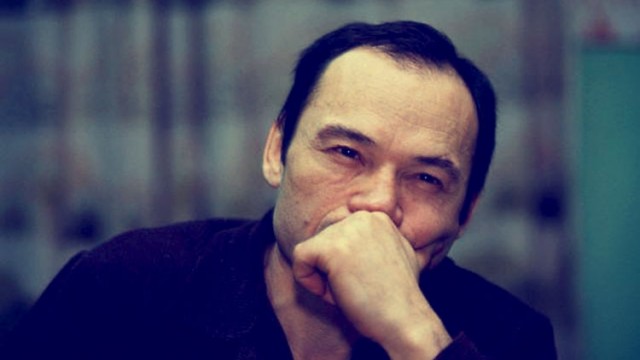 Nikolai Dzhumagaliev was a Russian serial killer and cannibal, one of the worst criminals of the former Soviet Union, who is suspected of killing about 50 people.

Not much is known about Nikolaj’s childhood, we know he was born in 1952 in the area that now corresponds to Kazakhstan, but that was at the time part of the Soviet Union, specifically in Alma-Ata.

As a young man he lost a few front teeth and replaced them with metal teeth. For this reason he was nicknamed metal fang.

He entered the military service; he traveled to Europe and then returned to Kazakhstan. He was considered by everyone an educated man, solitary and quite calm.

He dressed carefully and was considered a gentleman but if provoked he responded violently.  He also claimed to be a descendant of the Mongol leader Gengis Khan.

Nikolaj approached young women near a river and, due to his distinct look and his calm attitude; it was not hard to make them follow him.

He would then bring them to a hidden corner of a park, raped them, cut them to pieces with an axe and then ate their body parts.  He would then bring home the rest of the meat to cook and eat it, serving it also to unsuspecting friends.

His first murder took place in 1970 when he killed Nadezhda Yerofim, dismembered her and threw the remains in a barrel. The following year he killed a woman who was returning from church.

Police found the body of the woman who had deep cuts and Nikolai was arrested. He spent a year in jail where, after some tests, he was declared schizophrenic (some do believe that he was arrested after he shot a colleague by mistake).

However, he was released from prison and found work as a labourer near the hometown area of Alma-Ata. He went back to killing in 1980 and stopped in 1981, when he was arrested.

Nikolaj killed women because he hated them since childhood, thinking they were all prostitutes and “the root of all evil in the world”.

He especially hated European women, whom he met while doing military service, as he considered them too free and far from his ideals.

In one of his confessions he described in detail one of his murder. Nikolaj told that he hid behind the rocks waiting for a potential victim.

Once he had found one he came out of his hiding place and killed her stabbing her in the neck. Then he drank the blood, took her to a more secluded place and had sex with the corpse.

After that he cut the body, buried some parts and brought the remaining parts to his house to cook them.

He often invited friends to the house to cook grilled meat and when needed, without their knowledge, the flesh of his victims.

It was established that these barbecues were always organized the day after a murder, just as happened with Nathaniel Bar-Jonas. Watching his friends eat human flesh aroused him sexually.

Nikolaj wasn’t the only serial killer active in Russia at the time. Russia and the ex Soviet Union are famous for the terrible criminals who operated there during several decades. Murder Most Moscow: True Stories of Russia’s Worst Serial Killers describes the horror of Russian serial killers

The arrest and conviction 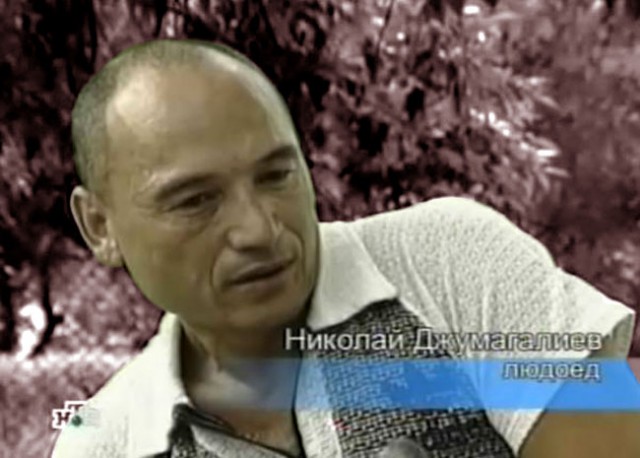 Nikolai was arrested in 1981 after he invited two friends to his home for a “snack.” The two men saw the head of a woman and her entrails in his kitchen; frightened they fled and called the police who arrested Nikolaj the next day.

He resisted during the arrest and physically assaulted a colonel. Nikilaj’s neighbors were incredulous: they could not believe that one of their neighbors, so quiet and gentle, was a cannibal murderer.

During the interrogation he was linked to 100 murders and was suspected of about 50 of these.

The same Nikolai confessed to killing and committing acts of cannibalism, adding that two women can provide enough fine meat to survive a week.

He was subjected to a psychiatric examination that revealed mental insanity, confirming the diagnosis made years earlier on the occasion of his first arrest.

During the trial he was accused of seven first-degree murders and was sent to a psychiatric hospital, as he was in need of mental health care. The man tried to commit suicide twice, without success.

After a few years, the doctors found that his mental state improved more and more and stated he wasn’t dangerous for society anymore. In 1989, they decided to transfer him to another institute without escorting him since he was no longer considered dangerous.

Nikolai took advantage of this opportunity to escape, since during the transfer he was only accompanied by a nurse. The authorities denied that the killer had run away to avoid panic among the population, meanwhile Nikolai wandered among the mountains, posing as a Chinese.

He was found and arrested again in 1991, but we do not know if in the two years he spent as a fugitive he has committed other murders.

After being put again in a psychiatric hospital some sources say he was freed in 1994 and he is currently living with relatives in an unspecified location in Eastern Europe.

However Russian sources indicate that he is located in a high security psychiatric hospital and in the 2000s he gave an interview just as he was in the hospital.

Many sources reported another escape by Nikolai. He allegedly escaped on December 23 2015 and he hasn’t been recaptured yet.

However, local police didn’t confirm the cannibal’s escape and A spokesman said:

“We do not have information about the escape of the man and have no orders to catch him. This information is confusing.”