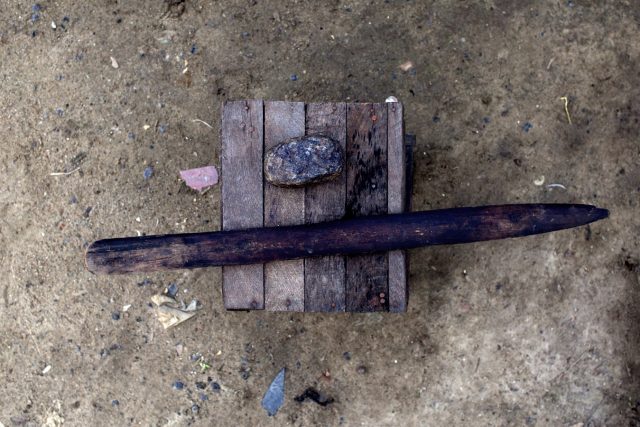 In Cameroon young girls and adolescents have for years been subject to a horrible torture: breast ironing. This is typically carried out by their own mothers, grandmothers and aunts, who make this gesture in a desperate attempt to save them from a terrible future. It is so brutal it could not be outdone to genital mutilation.

In Cameroon when a young girl enters puberty, or even before, she is subjected to breast ironing.

It begins at times even when the child is eight years old by binding her chest very tightly, both day and night, to hide the first hint of breast, even if still very small.

Then when the breasts begin to grow and be noticed despite the tight bandage, that’s when they proceed with the ironing. Every morning, mothers and grandmothers take the girls from the family and “iron” their breasts with red-hot objects: pestles, stones, spatulas.

Once heated on the stove these objects are passed on the breasts of the girls, massaging them to make them disappear, to kill the mammary gland.

This procedure, painful, is performed several times a day for about one or two years, until the breast stops growing. But then after about three years here the breasts reappear and the torture begins again.

Why ironing the breasts?

Why moms allow their daughters to undergo this torture? In reality they think they do it for their own good.

They are convinced that the breast attracts the gaze of men, and that this will lead to early sexual intercourse and pregnancy.

In Cameroon, if a woman becomes pregnant she has to stop her studies and stay at home to look after the baby, often having to look for a job because the child’s father does not engage in it.

This practice, however, causes excruciating pain and in the long-term it causes other damage.

In fact, it can cause breast cysts, abscesses, sometimes cancer and breastfeeding is diminished. Not to mention the shape of breasts that completely disappears and the resulting scars.

The ironing of the breasts is done to 53% of girls in Cameroon, it has not relation with any religion or the economic situation, but it is also practiced in Benin, Chad, Ivory Coast, Guinea-Bissau, Guinea, Kenya, Togo and Zimbabwe.

Carol who is 28 year old says:

When my breasts started to grow my family began to talk about it. They even talked to my neighbours and the village elders. They talked so much about it that I began to feel ashamed. Finally my mother decided to iron my breast. “If we do not, your breasts will attract men, and we know that this means pregnancy. we have to kill the breast” – she said. She used a hot stone on my right breast, then on the left, then back to the right. This went on for weeks. I suppose that her intentions were good. the breasts are what makes a woman beautiful. Today mine parents are limp, they don’t even stand up.

I was eight years old when my mother told me to take off my shirt.” Do you already have breasts?. When a girl of your age has breasts, men look at her.”I did not understand what she was doing. Every day, sometimes even three times a day, she would iron my breasts with a hot spatula. She said it was for my own good but it was a nightmare. I noticed that the more she rubbed the more my breasts grew, and when she also noticed it she began using a stone. That was hell. it seemed that my whole body was on fire. I told everything to a consultant at school, and he tried to talk to my mother. I thought it would stop, instead she continued. She massaged and massaged. So I took my things and I went to my aunt. it hurts when I look in the mirror. 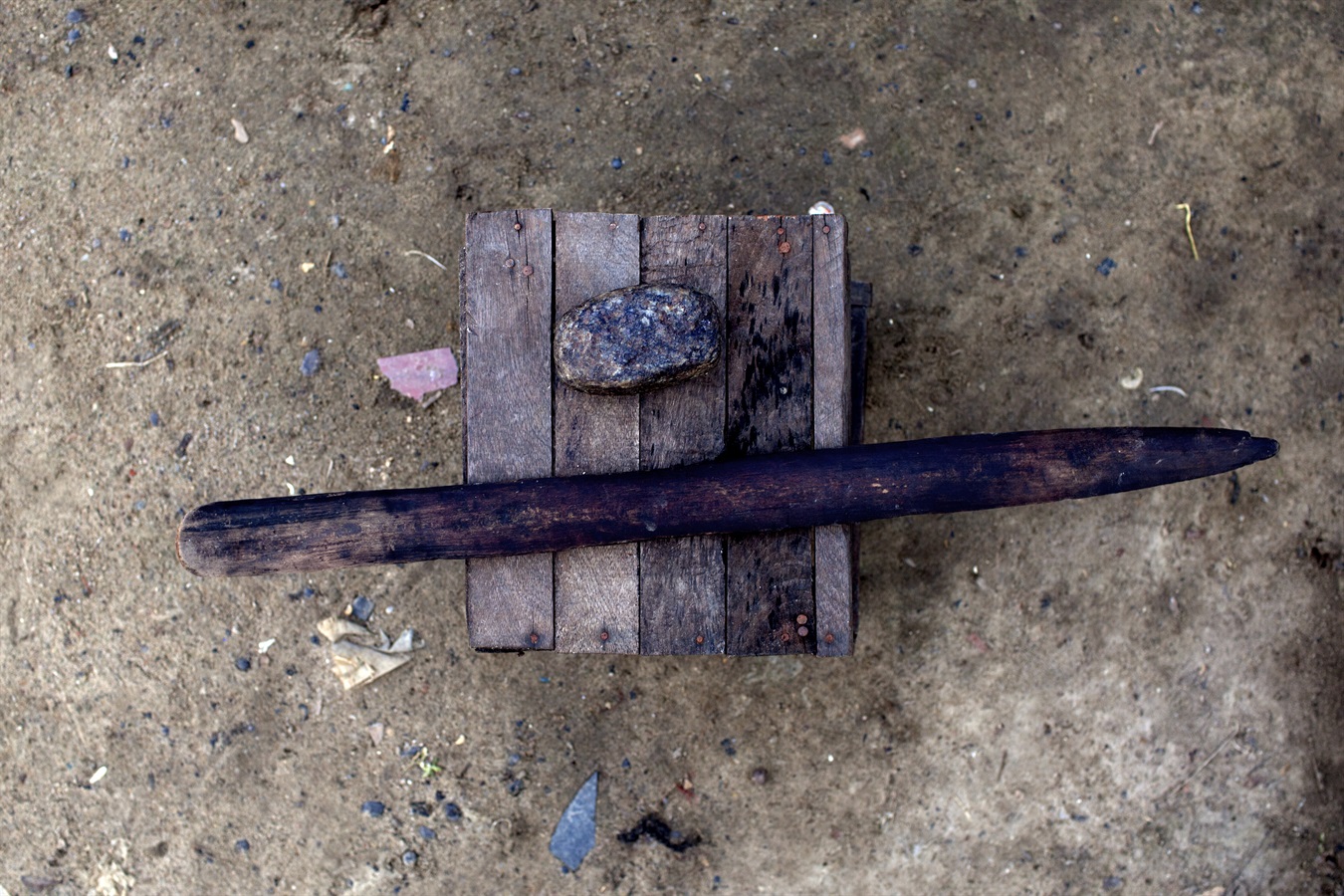 The pestles remind me of childhood pain. The same stone tool that people use to crush the spice was used on me to step on my beauty as a woman and my skin. My breasts began growing when I was 10 and my family thought that ironing them would be the solution. When I got pregnant at sixteen, they became darker and when I tried to breastfeed I could only produce a dark liquid. It hurts to remember these things. I decided to forget everything and to fight against violence against women.

Even Elisabeth Mbu has undergone this treatment and now, at age 29, is a British member of the “Women & Girls Came development organization” that pushes young women to refuse such practice.

Another association made up of women victims of breast ironing, the “National Association of Aunties in Cameroon” also known as “Renata”, tries to spread the proper sex education to combat early pregnancies.

Despite breast stretching is performed as a way counter them, in fact, one UN study in 2010 showed that 30% of women under 18 have become mothers demonstrating the ineffectiveness of the breast ironing.