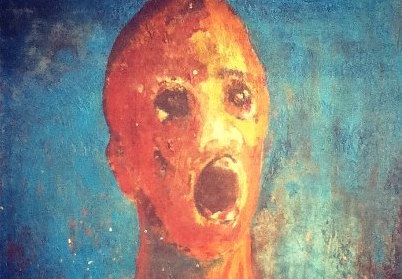 When we talk about cursed paintings, we cannot but mention The Anguished Man, a painting that, according to its owner, Sean Robinson, would originate paranormal phenomena, some of which were captured in videos shot by the owner himself.

The origin of The anguished man

The story of this painting begins in the North of England when the grandmother of the current owner took possession of it, more than 30 years ago. It was a gift by a friend of hers, but immediately the woman understands that something is wrong.

She begins to have strange sensations and to see a strange shadow in the house, she hears sudden noises without apparent explanation and, sometimes, the crying of a man. As if that were not enough, she discovers that the author of the painting committed suicide immediately after finishing it and that he mixed, along with the colors, some of his own blood.

That’s enough to have the painting locked up in the attic. Once the woman passed, her nephew, Sean Robinson, takes possession of the painting, which he had always been fascinated by.

Sean and his wife put the painting in the basement, but soon both they and other family members begin to hear strange noises until they hear a man cry and see a disturbing shadow, just like Sean’s grandmother said she saw.

The man had never believed his grandmother’s stories, but after experiencing them first hand, he is intrigued by the picture and decides to put it in the bedroom.

On June 1, 2010, Sean uploads a video to his Youtube channel showing the painting and telling about the strange noises he hears after taking it home. It is a simple, short video in which a text briefly tells the story of the painting.

Less than a year later, in February 2011, Sean uploads an update to YouTube. He has always been a skeptic and doesn’t believe in paranormal phenomena, but after the strange events he witnessed, he decides to put the painting in one of the bedrooms and film it at night.

In the recording you can hear strange noises, such as scratches on the wall or the floor and at some point the door seems to close by itself.

During 2011 another 3 videos followed in which the painting was filmed for several hours and in each of the videos something strange happened: noises, strange lights and doors closing by themselves. 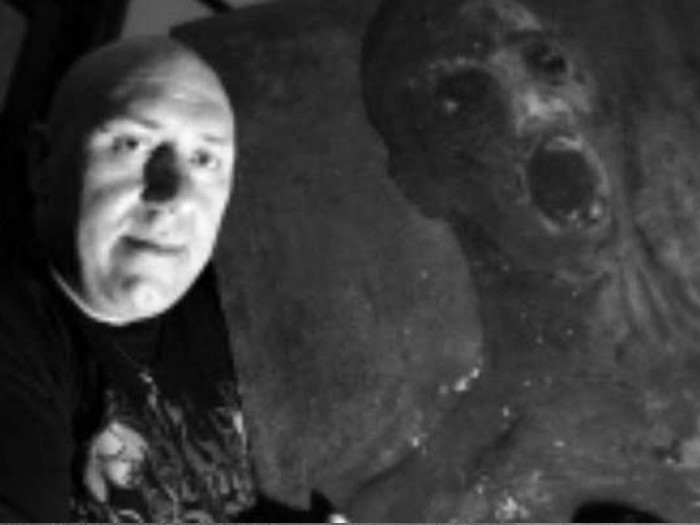 The story of the anguished man becomes famous and a group of paranormal researchers decides to conduct studies on the picture. In 2013, the painting is taken to one of the most infested places in the UK, Chillingham Castle, where, during a séance, some chilling things happened. First of all, the temperature in the room where the session was held dropped by several degrees. Then, in the middle of the circle of the séance, a shadow materialized.

When John Blackburn, of the Mysteria Paranormal group, began to ask questions to the spirit of the painting, a wooden bench began to slam on the floor. The group thinks that it was a spirit resident in the castle who did it, irritated by the fact that a new spirit had been brought there.

In 2016 the owner returns to post a video. It has just returned in possession of the picture and immediately the paranormal phenomena began. In addition to the noises, the crying and the shadow, something more sinister begins to happen. The persons who looks at the picture feel a strong feeling of nausea and some of them start to bleed from their noses. Because of these reasons, Sean puts the painting in the cellar.

Some believe that the anguished man is just an invention of Sean, a hoax. Some people, on the other hand, look at the painting and feel uneasy and have no doubt that it conceals something sinister.