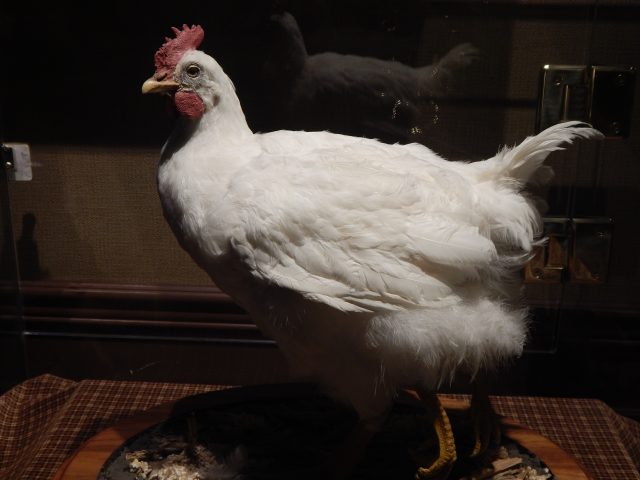 Do you know when you cut the head of a chicken off and this begins to run madly for a few minutes after being beheaded?

Mike the chicken had the same thing happened to him, but in his case he was able to run for a year and a half after that!

Listen to his incredible story.

It’s 1945 and the couple Lloyd and Clara Olsen are working on their farm in Colorado.

They have a chicken farm that they sell to the market, and after Lloyd cut their heads off, his wife cleans them. Then they put everything into their wagon and go to town to sell them.

But on September 10, 1945 something strange happens:

after cutting the head off a chicken, this did not die, but kept walking and trying to pick food from the ground.

Lloyd put it in a fruit crate at night and you can imagine his surprise when the next morning he got up and saw the headless chicken alive and well.

He decided to take it with him to the market and bet with friends a beer or some spare change that he has a headless chicken, alive.

The news spread quickly and the manager of a traveling circus visited to Lloyd. He proposes him to exhibit Mike the chicken around the United States and the farmer, given the poverty in which he lived, decided to accept the offer.

Mike thus began touring the US and became famous.

Lloyd also brought him to the University of Utah, where it was determined that it was alive even without head and there Mike was subjected to various tests.

Many articles were written about Mike, also called Mike the miracle, and some appeared on famous magazines such as “Time” and “Life”. 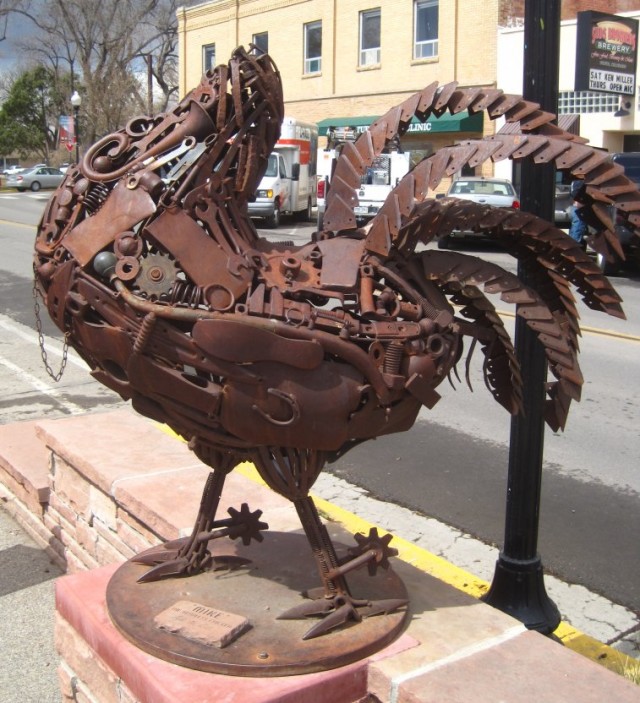 Mike was fed with a dropper that got drops of water and milk to fall directly into your esophagus. A syringe was used instead to free him from the mucus that would form in his throat.

One night, while the Olsen couple were in the hotel during a tour, Mike started to suffocate.

It had been a long day, and Lloyd had forgotten to carry syringes.

Mike then died in the arms of his master, smothered.

But how is it that a chicken can survive without a head?

First you have to consider that many of the functions of a chicken can be carried out by the brain stem, and not from the top of the brain.

Another thing that allowed the survival of the chicken was a blood clot that went to plug the jugular, preventing Mike to bleed to death.

One can therefore say that it was a totally unforeseeable and extraordinary case.

Lloyd did not become rich thanks to Mike, but managed to improve his life a little, buying a pick up and a tractor to replace his horse and his mule.

The Lloyd spouses continued to be farmers.

In Fruita, the city where the Lloyd farm was, you can see a statue of Mike the headless chicken.