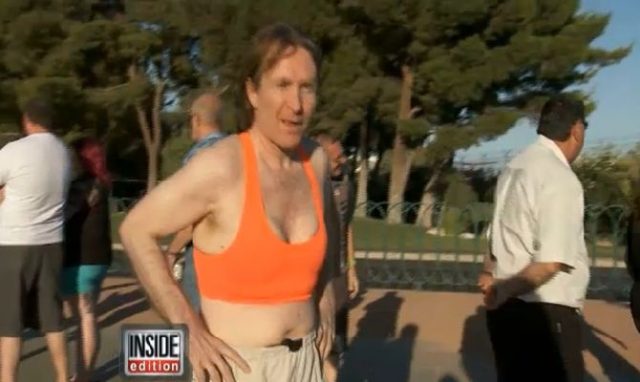 What is the silliest thing you’ve ever done for a bet?  Dying your hair bright pink? Shaving your head? Eating cat food?

Some have done much, much worse.

Brian Zembic, called Wiz, had two breast implants to win a $ 100,000 bet. Wiz won both the bet and the money but what happened after was absolutely incredible.

Brian Zembic, called Wiz, was born in 1961 in Canada. He became a magician and a gambler, betting large sums of money.

In the summer of 1996 while chatting with Jobo, a friend who was also a gambler, the conversation ended up relating to women who decide to undergo surgery for breast enhancement.

As per the good gambler that he was, Jobo challenged his friend Wiz to undergo an operation breast. If he accepted to enhance his breast and kept it for a full year, he would pay him $ 100,000.

Wiz accepted and the two wrote down a contract with the clauses: Wiz would have to pay for the operation and Jobo would deposit an amount as an advance payment.

After signing the contract, Wiz didn’t think about the bet any longer until he lost a large sum of money gambling.

To recover the money he decided to undergo the operation. He contacted a surgeon in New York and made an appointment to arrange the operation.

Jobo at this point, perhaps thinking that his friend would have never accepted the bet, offered Wiz $ 50,000 immediately to cancel the contract.

Wiz refused and got a breast implant. He managed to keep it for a year and Jobo paid him what he owed him. 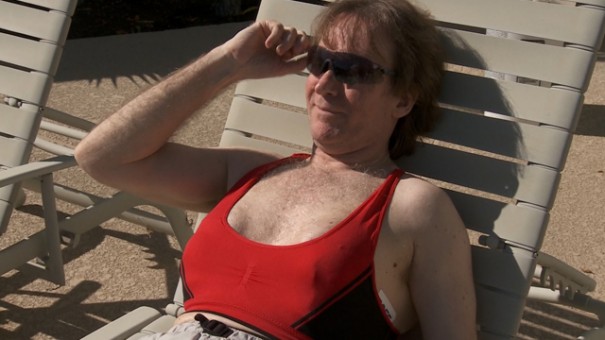 When the year was over, however, something amazing happened.

Wiz, accustomed to his new breast, decided not to remove the implants and kept his cleavage.

Thanks to this decision he became famous and was hosted in various television programs.

In 2000 he has a daughter, Mika, and when he asked her if she knew why her father had breasts, she responded quietly

I know why you have tits: uncle Mike paid you to put them there

Wiz has said that this was by far the silliest bet he has ever accepted and that he would be willing to remove the breast if this were ever to create problems for his daughter or if she were ever to be teased because of it.

Although this was the stupidest bet Brian Zembic ever accepted, the man is no stranger to odd bets.

Would you ever accept any of these bets?

What is the stupidest bet you’d ever agree to?