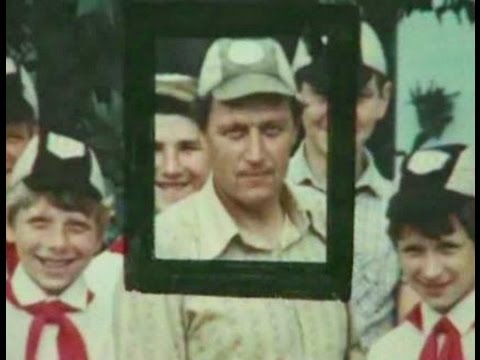 Anatoly Slivko was a Russian serial killer who killed seven boys aged 7 to 17 years. He filmed his victims, from the moment he hanged them to the moment he dismembered them.

Anatoly was born in 1938 in the Soviet Union. As a child he suffered from insomnia, ate very little and was weak.

He was ashamed of his appearance and for this reason he avoided to be with peers and was often isolated.

During adolescence he considered himself impotent, nevertheless he met Lyudmila on the workplace and they got married, without ever having had premarital sex.

As Anatoly recalled later, during their marriage, which lasted 17 years, they had at most a dozen encounters. Nevertheless they had two sons.

The incident that sparked all the fantasies

In 1961, at age 23, Anatoly witnessed a terrible traffic accident in which a teenager died while wearing a uniform of the Young Pioneers (the Russian equivalent of the scouts).

For some reason this scene aroused Anatoly sexually, and he remembered that incident throughout his life in every detail: he remembered it was there where he felt for the first time an attraction for boys.

There was a lot of blood and gasoline on the pavement and he remembered the smell. Then the fire, and the desire to do harm to a boy like that who died in the accident.

To ward off those feelings he had to go away from that place, but about six months later that excitement came back.

It was the memory of the excitement felt during the incident that led Anatoly to kill children and adolescents.

Finding the victims was not a problem as he was the head of a club for boys called Chergid, similar to the scouts, for which he organized excursions.

He tried to make friends with kids, preferably between the age of 13 and 17.

Then, after having earned their trust, he would propose an experiment: he would stretch their back muscles through a guided process of suffocation, by hanging. He also promised to revive them, fully cured.

The first experiment was in 1964 when he hung a young boy and then masturbated over his body after he fainted. When he woke up, the boy remembered nothing, and thought that the experiment of the muscles was successful.

He was one of the lucky ones who escaped.

The murders and videos 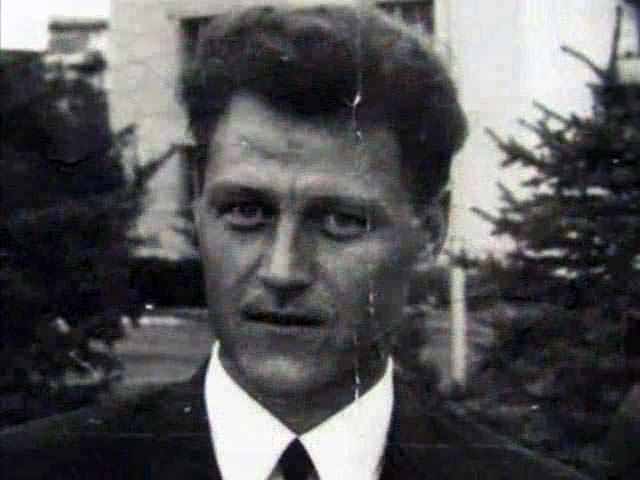 In June 1964 he committed his first murder, that of fifteen year old Nikolai Dobryshev. He had heard that Anatoly was doing experiments to test the limits of human beings, and wanted to participate.

After being hanged, Nikolai died by choking despite Anatoly’s attempts to revive him. Failing to bring him back to life,he decided to dismember his body and burn it, and then destroyed the photos he had taken.

As he declared after he was arrested, his first murder was an accident.

His second victim, Aleksei Kovalenko, died in May the following year. He went back to killing again in 1973 and did so until 1985 when he killed his last victim, the thirteen-year-old Sergei Pavlov.

Sergei disappeared after saying to a neighbor he was going to meet Anatoly Slivko, head of the Chergid.

Anatoly hung victims who, thinking of an experiment, didn’t resist and while they fainted he would put their bodies into positions he found exciting and masturbated, filming the whole thing.

Then he would wake them up and send them home. Some, however, were not so lucky and after being suffocated they were mutilated.

In particular he sawed their feet and legs, burnt their feet, masturbated over their corpses, and then got rid of the body, holding on to the shoes as a souvenir. 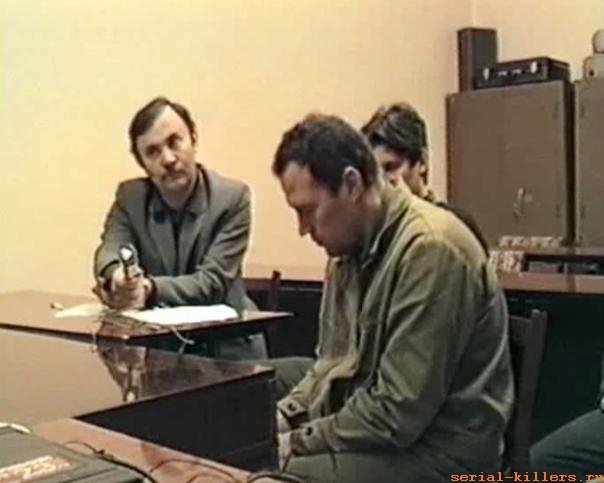 After the disappearance of his last victim, the police began to investigate the activities of Anatoly’s club. Nevertheless they did not find anything suspicious and the activities he carried out were perfectly legal.

Some of the boys in the group, questioned, simply said they had participated in some experiments and had suffered a temporal memory loss.

One day the police found a hidden entrance in the group. Once inside they found a dark room used to develop the photos that Anatoly took of his victims, and the room was full of tools.

Ropes, knives, saws and axes. These tools along with the photos and videos found led to the arrest of Anatoly, hitherto considered a good family man and a respected member of the community.

Anatoly was arrested in December 1985 and charged with seven murders, sexual abuse and necrophilia.

In the following months the man told investigators where he had hidden the bodies of his victims and later that year he was sentenced to death.

While he was in prison the police asked for his help to find another killer who was terrorizing Russia, the monster of Rostov (Andrei Chikatilo), but his advice did not lead to any breakthrough.

Here I leave you with a link to one of his videos. Please note that these are very strong images, not suited to a sensitive audience. I myself regret having watched it looked and I failed to watch it until the end.