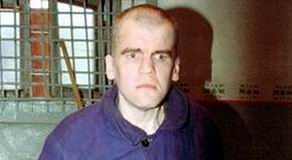 Sergei Vasilyevich Rjakhovskij was a Russian serial killer and a necrophiliac, known as the Ripper of Balashikha or even as the hippopotamus because of his size. He was responsible for 19 murders.

The age of the victims ranged from 14 to 78, but he had a fondness for the elderly. He was in fact suffering from gerontophilia, i.e. was sexually attracted to elder women. After having killed them he raped their corpses.

Before the murders he had already assaulted 10 elderly women, then he was arrested and imprisoned for four years.

His modus operandi was to strangle his victims with bare hands or with a rope even if sometimes he beat them and wounded them with a knife, a hammer or a screwdriver.

The wounds were, however, always focused on the genitals. After killing his victims and abused of their bodies, he would rob them of their possessions.

Not all people whom he attacked died; six of them survived his murderous rampage.

The murders of Sergei Rjakhovskij 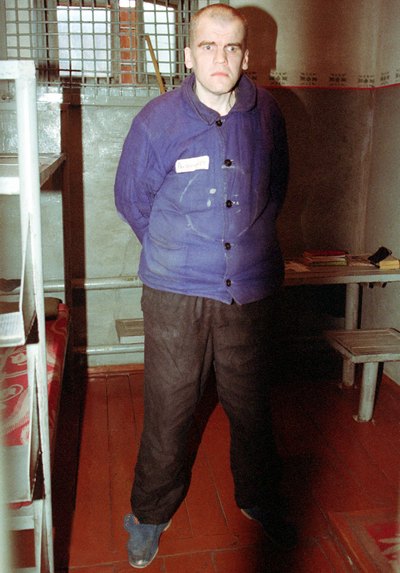 His first murder was that of a homosexual who had paid for a sexual service in June 1988. He killed him by hitting him several times with a screwdriver and then hid the corpse in a forest.

Less than a month later he attacked with a screwdriver Claudia Khokhlova, 70, who survived the attack, but unfortunately died the next day in hospital. She did not see her killer in the face, as he had surprised her from behind, and she could not give more information to the police.

He attacked again on January 2, 1989, when he killed Vladimir Zaitsev, 16. First he strangled him, and then he raped him and tore the anus with a ski pole. He didn’t pay a lot of attention and left fingerprints on the stick.

The next victim was Osipova, an elderly man, nearly 75. Sergej surprised him in a forest while he was collecting firewood. He had an axe in his hand but the murderer easily disarmed him, then strangled him and abused of the corpse. With his hunting knife he then beheaded him and cut off his hand, and the next day he returned to the crime scene to saw off his leg.

Two months later he strangled a 65 years old woman and after killing her he blew up her stomach with a firecracker that he stuck in her body.

His second to last victim was a 16-year-old boy whom he hung. Later he cut his belly open and beheaded him with a knife.

Sergei was arrested following a routine check carried out at one of the crime scenes. In a nearby cabin cops found a noose attached to the boards of the ceiling and thought it could be the one used to hang the victim. They decided to wait for the owner and arrest him.

This happened on April 13th 1993. At the sight of the police he did not put up any resistance, even though he had a violent and impulsive personality Later he admitted that the sight of police weapons frightened him to such an extent that he decided not to make a move.

After his arrest he was dubbed by the press “The Hippo” for his size, he was in fact 6’5 tall and weighted 286 lbs.

He showed investigators where he had hidden the other bodies and explained how he had killed them.

He also confessed that only four of the murders were premeditated, the others had been caused by a sudden surge that forced him to “cleanse the world of prostitutes and homosexuals”.

During the trial the defense tried to prove that his necrophilia stemmed from a malfunction of the central nervous system.

However, he was declared sane at the time of the murders. This triggered his anger that drove him to stop cooperating, even revoking confessions he had already given.

In July 1995 he was convicted of 19 murders and six attempted murders and was sentenced to death by firing squad. His sentence was transformed into life imprisonment in 1996 after Russia’s moratorium on the death penalty. He died in 2005 of tuberculosis.