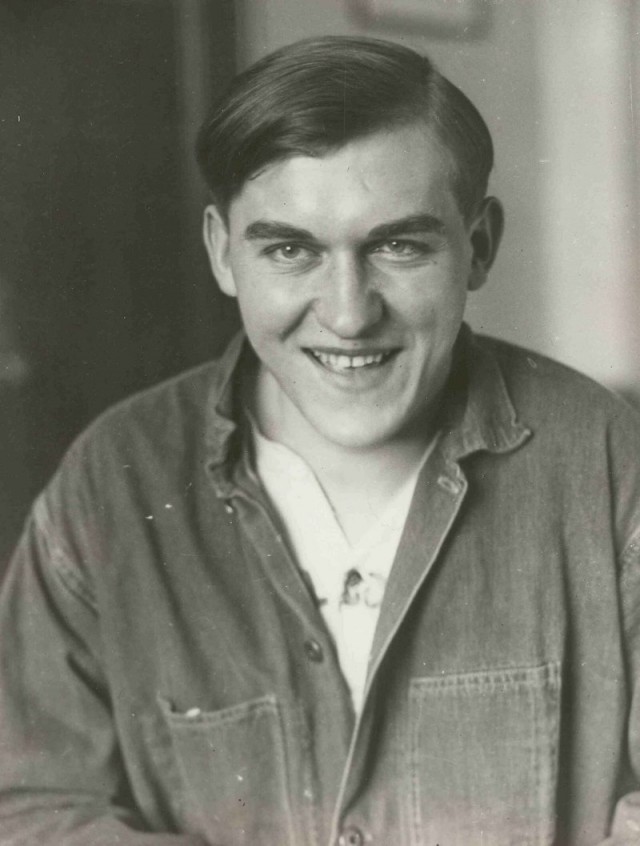 Gordon Stewart Northcott was a Canadian-American serial killer who raped and murdered children and adolescents from 1926 to 1928 with the help of his mother and also forced a grandson to participate in the murder.

The story that I’m about to write inspired the 2008 film “Changeling” starring Angelina Jolie.

Gordon was born in Bladworth, Canada, and grew up in British Columbia. At the age of eight he moved with his parents to the United States, in Los Angeles, California.

Gordon then asked his father to buy him a plot of land in Wineville, California, because he wanted to build a chicken farm. His father bought the land and since he worked in construction he helped his son build the farm.

It was under the guise of helping the small ranch that he asked his uncles to bring his nephew Sanford, thirteen, in the United States with them. 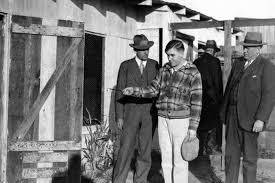 When Sanford arrived at his uncle’s farm he was beaten and raped. He was also forced to send letters home to say he was well.

While he was in his uncle’s farm, Sanford not only was beaten and abused, but was also obliged to participate in the murders done by Gordon and his mother.

Usually Gordon after he had abused children,he accompanied them back home threatening them not to tell anyone anything, but he killed four of them.

The first was a Mexican teenager who was abused and beheaded and his body was thrown along a road not too way away from the farm.

The next victim was Walter Collins. Walter was kidnapped and raped by Gordon for several days, but his disappearance was initially attributed to a revenge accomplished against the boy’s father, an ex-con. One day the mother of Gordon warned him that she was going to see him and would arrive in an hour. The man then decided to hide Walter in one of the hen houses so that the mother would not suspect anything.

In fact the mother already knew of his son’s instincts, and when she found Walter locked up in the hen house she warned her son that the child would have later recognized him.

Gordon had in fact worked in a supermarket where Walter often went with his mother and therefore he decided to kill him.

Gordon’s mother decided that the child was to be killed by them three together (she, her son Gordon and Sanford) so that they would all be guilty of the crime and no one could tell the police. Walter was killed by the three with an axe.

The same fate was shared by two other children, the Winslow siblings.

The older sister of the boy, nineteen year old Jessie, became suspicious after receiving her brother’s letters and decided to visit him.

Once arrived at the farm her brother told her about some events that happened while his uncle was sleeping.

Jessie, scared, returned to Canada and advised the consul of the United States of what was going on and immigration officers started dealing with the case. The officers went to the farm and found Sanford, whom they  took into custody. Gordon instead ran away when he saw the police car approaching, telling Sanford to hold the cops. Gordon and the mother were still arrested on September 19, 1928.

Spare bodies of some children were later found buried in Gordon’s property. The killer was executed in 1930 by hanging. Sanford instead was not sentenced because he had been forced to perform the murders under threat of death. 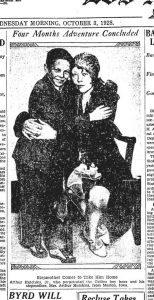 Five months after the disappearance of Walter Collins, a child was found in the state of Illinois who claimed to be Walter.

Christine Collins, Walter’s mother, paid the trip for the child from Illinois to Los Angeles and the police, who had been criticized for unsuccessful searches for Walter, organized a public meeting to clean up their reputation.

The meeting also served to divert the public’s attention to certain scandals that had invested the police force recently.

During the assembly Christine said that the child was not hers but the police captain urged her to take Walter home and “try him for a couple of weeks.”

Christine, with no other option, accepted. However, three weeks later the woman went back to the captain, insisting that the child was not her son. She had brought the dental records of the child to prove it, but the police had her locked up in a psychiatric hospital with the “12” code. This code was used to classify people who were trouble to the police.

While Christine was instituted, the captain of the police questioned the boy who finally admitted his name was Arthur Hutchins Jr. and had run away from home. The idea of impersonating Walter came when a man pointed out its resemblance to the missing child. He said he had done so in order to reach Hollywood and meet his favorite actor.

After the confession of the boy, Christine was released. She due the police captain and won the case, being rewarded $ 10,800, equal to about 154,000 current dollars. But this money was never paid to her. After the arrest of Gordon Northcott she often spoke with him, asking him if he had killed her baby.

Gordon often lied and changed version every time, making the woman believe he was mentally ill.

His last statement was that he had never seen or killed Walter, but the day of his death sentence he sent a telegram saying that he lied to Christine.

He also wrote that he would tell the whole truth only if she had gone to see him in person to hear it. Christine ran to him, a few hours before his execution, but when she got there he told her: “I don’t want to see. I do not know anything, I’m innocent.”

The poor woman was destroyed, but at the same time the unclear words of the murderer gave her hope that her son was still alive.