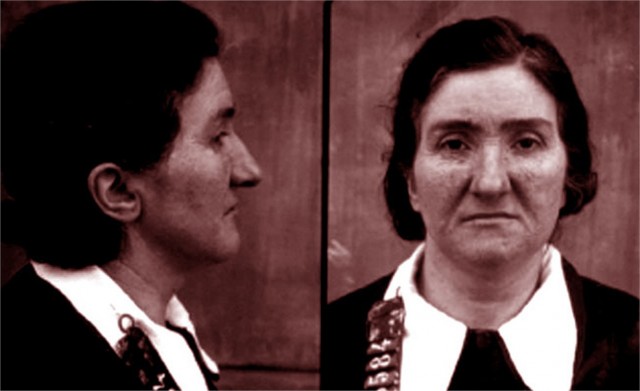 Leonarda Cianciulli was an Italian serial killer, known as The Correggio soap-maker, who transformed at least one of her victims into soap.

Leonarda was born in 1894 in Montella, in the province of Avellino where, despite belonging to a poor family, she lived a quiet childhood. In 1917 she married an employee of the country register, provoking her parents’ anger, as they wanted her to marry his cousin.

Despite the contrary opinion Leonarda married Raffaele and subsequently moved to Potenza.

This rift halted all the contact with her mother, and this affected her deeply.

From 1921 until 1930, when they settle in Correggio, they moved many times because of rumors about Leonarda:

the woman is impulsive, rebellious to the authority of her husband, is of “easy virtue,” and devoted to fraud.

The evidence of this behavior is written into the various complaints about fraud, violence, and even imprisonment.

Leonarda would have four children, but before them she suffered three spontaneous abortions and ten crib deaths, a fate which was predicted by a gypsy that once told her that she would be married and have children, but that none would survive.

Only after meeting with a local witch was it possible to give birth to her four children, who she would have protected at any cost.

She decided to open a small furniture and clothing shop to help her husband, and business began to go well.

In 1939, at the outbreak of the war, while her daughter and two children were not at risk, the oldest son risked to be called to the front and this threw Leonarda into total panic.

Remembering how the witch had interrupted the Gypsy’s curse, she decided to save her son by resorting to magic, and making human sacrifices.

Leonarda was liked by all in the country and she often welcomed and entertained visitors at home with anecdotes and pastries. Among them were three ladies, now tired of their routine, that Leonarda would drop into her trap.

The first victim was Faustina Setti, for whom Leonarda is said to have found a husband for in Pula. She advised her to sell everything, but not say anything to anyone that might arouse suspicion.

On the day of her departure Faustina went to see Leonarda, who convinced and helped her to write postcards to friends and relatives in which she said to being fine.

After that, Leonarda killed her with an ax, dragged her into a closet, cut her into nine parts, and drained her blood.

She saponify her body then threw the remains in a cesspool, then dried the blood, pulverized it and used it as an ingredient in the tarts that she offered to people.

She sent her oldest son, Giuseppe, to Pula to post the victim’s letters.

The second victim was Francesca Soavi, who sought a job outside of Correggio. Leonarda told her she had found her a job in Piacenza, but not to say anything to anyone and, when Francesca came to say her goodbye on the day of departure, she wrote postcards and then she was killed with an ax.

Leonarda again sent her son to Piacenza to post the letters, and told people in the village that she had been entrusted by Francesca to sell all her possessions.

The third victim was Virginia Cacioppo. She too was duped with the promise of a job in Florence and asked not to tell anyone anything. On 30 September 1940 she went by Leonarda’s to say goodbye to her.

Virginia was killed and dissolved with caustic soda, but since her skin was white and fatty, perfume and bleach was added, and soaps were made and given to friends and neighbors.

In addition, Leonarda used the blood for her desserts. 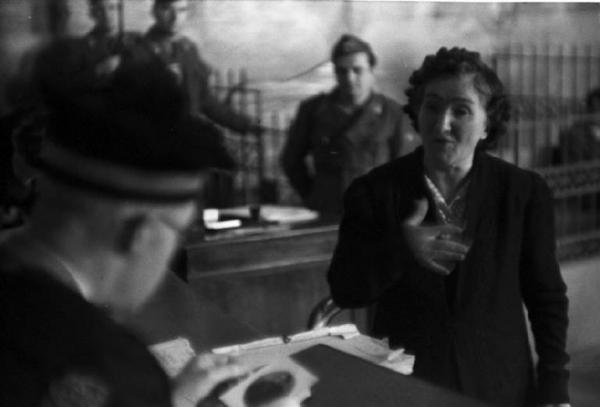 It was precisely because of Virginia that Leonarda was suspected. Cacioppo’s sister-in-law, not having heard from her, decided to contact the police, who immediately suspected Leonarda, not only because she was a friend of Cacioppo, but also of two other women who had disappeared.

Leonarda denied having anything to do with the disappearances, assaulted the policemen, and was arrested. Under interrogation she denied everything. After they found a substantial amount of Cacioppo’s belongings in  Leonarda’s possession, she finally confessed to only the last murder, and only after many exhausting interrogations, confessed to the other two as well, providing the details.

Her son was considered to be an accomplice, and would spend five years in jail before being released for lack of evidence.

During the trial, the prosecution alleged that Leonarda had killed to rob her victims, but the soap-maker testified that it had been as a payment of blood.

According to her, in fact, her dead mother would appear in a dream and say that if she would not pay for her honor with innocent blood, she would have taken the lives of her sons.

Leonarda was found guilty and sentenced to three years in an insane asylum and 30 years in prison. However, she remained in the asylum until 1970, when she died.

When investigators asked where the bodies of the victims were, Leonarda answered:

“Well me I have eaten my friends, if one also wants to be eaten, I am ready to devour them […], of the disappeared women, one I had eaten as a roast, one as stew, one boiled.”