Gilles de Rais was a soldier in the fifteenth century, famous for being a sadistic torturer who loved to kidnap and kill children and then rape their corpses. He was later referred to as Bluebeard, like the protagonist of the tale by Perrault, written in1697.


Gilles de Laval, Baron de Rais, was a young man born in 1404 into a very rich family. He received an excellent education, both academic and military, which led him to fight even at the age of 23, alongside Joan of Arc.

At age 11 he lost his father, event that made him the owner of an immense wealth that grew when, at age 16, he married Catalina de Thouars, a rich cousin. His life was perfect, but everything changed when Joan of Arc was arrested. The young man tried to save her by any means but he was unsuccessful and the woman ended up being burnt alive.

Gilles was shocked by the fact that he lost the woman whom he idolized and decided to separate from his wife and shut himself in his castle of Tiffauges, promising to no longer have a relationship with any woman.

After remaining in isolation he decided to challenge God and the Church for allowing Joan of Arc to be burned.

Thus he started having wild parties, taking place in many of his castles, but his overspending soon forced him to sell many properties.

Concerned about the many losses, and with no chance to earn more money, he got into alchemy.

He built a laboratory in a wing of the castle, and alongside magicians and alchemists from all over Europe, he began the search for the philosopher’s stone to turn metals into gold.

Since we did not get any results he fired almost all the alchemists and worked only with a few of his confidence which convinced him that if he wanted to regain his wealth he would have to seek help from the Devil.

In his memoirs it is also reported that the sole beneficiary of his will would be the Devil, but he also stated that he would not sell him his soul in exchange for his riches.

The killings and torture

The first murder was carried out just as a pact with the devil: he would have to sacrifice a child to give him. Gilles did so but after performing the ritual, cutting the child’s wrists and ripping out his heart and eyes, nothing happened.

This crime, however, made him discover a passion unknown up to that point: torture, violence and murder.

His favorite victims were children and teenagers and it is estimated he killed up to 200 children, but the number is probably higher.

In the summer of 1438 children and teenagers began to disappear in Nantes and the neighboring villages, and most of the disappearances occurred near the castle of Baron de Rais. Sometimes Gilles did get children who were begging and then tortured, killed and raped them.

During his trial Gilles told how he loved to visit the torture room where the children were held captive, hung on hooks.

Sometimes, seeing the children cry and beg him, he pretended to repent and he would take one off of the hooks. Taking him in his arms, he would console him and reassure him so to earn his trust. Then he would pull out a knife and then slaughter and rape his corpse.

On another occasion, instead he chose a child and took him to the bed that was in the torture chamber. After a few caresses he slew the poor child and, with the blood flowing, he tore his clothes and began rubbing his penis on the belly of the dying boy. He reached the peak of pleasure and, in a fit of rage, decapitated the baby.

Subsequently, in full ecstasy, he had a relationship with the body, kissing and licking the blood, until he reached another orgasm.

He then took the body and burnt him but wanted to keep his head. Then he fell into a deep sleep. The following morning everything was clean, rearranged by his servants. Then he asked them to bring him the head of his victim and he wept and promised to change. But then he kissed the head and took it to bed with him, whispering that it would soon be in the company of other heads.

In fact one of Gilles’ pleasures was to keep the decapitated heads impaled in his room. He would have one of his servants to comb them and put make up on their faces and then hold beauty contests. The head winner would serve necrophiliac purposes.

Soon people in Nantes began to suspect Gilles was the culprit of those frequent kidnappings, but being an important person, and being the victims of humble origin, no one had the courage to make direct accusations against him.

The rumor, however, spread until it reached the ears of the Duke of Brittany who started an investigation.

On September 13, 1440 Gilles de Rais was arrested and in his castle the remains of 50 children were found. The total number, however, ranges from 140 to 200.

Once questioned, he did not want to confess even under torture, but when they told him he could be excommunicated he confessed everything in exchange for redemption.

He pleaded guilty to all charges against him and confessed. In his statements he said to have beheaded himself some boys and have killed others by beating them to death. He said that he had kissed the dead bodies, feeling more pleasure with those who had a beautiful head and a good member.

He took pleasure in all this and especially loved to sit on the stomach of agonizing children to watch them die. He also said that he had not been helped by anyone and he had done it all alone. 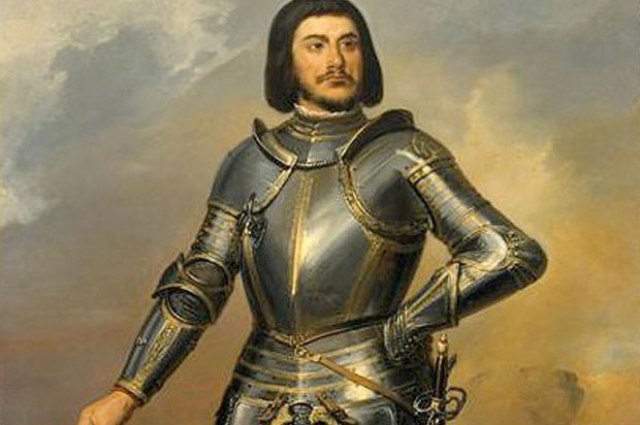 In the book “El Mariscal de las Tinieblas” by Juan Antonio Cebrián: we find some statements made by Gilles during his trial:

“I, Gilles de Rais, confess that everything I am accused of is true. It ‘s true that I committed the foulest offenses against many innocent beings, boys and girls, and over many years I have abducted or kidnap many of them. One thing I am very ashamed of is that I cannot remember the exact number, and with them I have committed many crimes and sins.

I confess that I killed those children in different ways and using different methods of torture: some of them I decapitated with knives or daggers; others I killed with sticks or whips; others by tying them with ropes and cables to wooden beams until they suffocated.

I confess that I felt pleasure in hurting them and kill them this way. I enjoyed destroying their innocence and taint their virginity.

I felt a great pleasure in strangle them. I admired those who had a beautiful head and proportionate members, and then open their bodies and have fun looking at their internal organs. Very often when they were dying I would sit on their stomach and enjoyed their agony.

I liked seeing the blood flow, it gave me great pleasure.

I remember from childhood the greatest pleasures seemed to me terrible. The only thing that interested me was the apocalypse and I started believing first in hell than heaven. One gets tired and bored of ordinary things.

I began to kill because I was bored and I continued to do so because that quenched my energy.

Death became my divinity, my sacred beauty. I have been living with death since I realized I could breathe. My favorite game is to imagine myself dead and eaten by worms.

I’m one of those people attracted to anything that has to do with death and suffering is a terrible force that pushes down. If I could describe it or express it, probably I would have never sinned. I made other men dream. I am your nightmare. “

The 26th October he was taken to the gallows along with two accomplices to be hanged and burned. While there he repented publicly urging everyone not to follow his example and asking forgiveness from the parents of his victims.

He died clinging desperately to his Christian faith