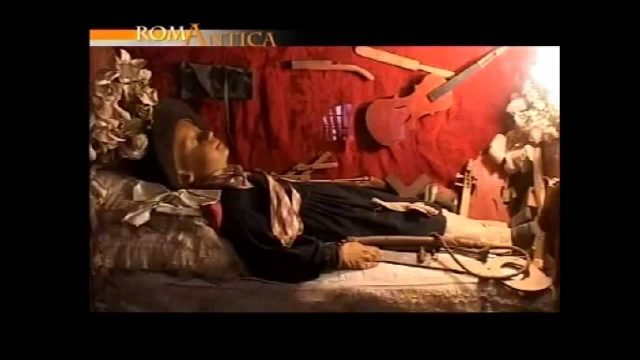 The story of the Marquis Francesco Longhi takes place in the castle of Fumone, Lazio, which had already been the scene of some gruesome events. The Church had in fact used this castle as a prison and many infidels had been tortured and killed inside its walls.

The story of the Marquis Longhi

Unfortunately, even that of the Marquis Longhi is a story of death, as his seven sisters killed him when he was only five years old.

Francesco was the only son, born after 7 girls, and therefore would be the sole heir of the family, forcing his sisters into arranged marriages.

His seven siblings, however, had no intention at all to leave all the family’s wealth to their little brother and so decided to get rid of him, by putting pieces of glass in his food.

In fact the medical report of the time provides very little information on it, but we know that, one day, the young Marquis began to suffer of excruciating stomach pain and began to vomit blood; he died shortly thereafter.

We also know that one of his sisters had previously killed a boyfriend that she would have otherwise been forced to marry, and she did so by hiding bits of glass in his meal.

Little Francis’ mother, the Marchioness Emilia Caetani Longhi, was inconsolable and decided not to bury his son but to embalm his body so that she would also be able to see him always by her side.

She had him put in a glass case where it is still kept in the castle, his face covered with wax, surrounded by his favorite games.

The story does not end here, because some people swear that the castle is haunted. Many visitors have reported seeing the ghost of a woman crying in despair, and they also claim to have seen small changes of expression on little Marquis Longhi’s face.