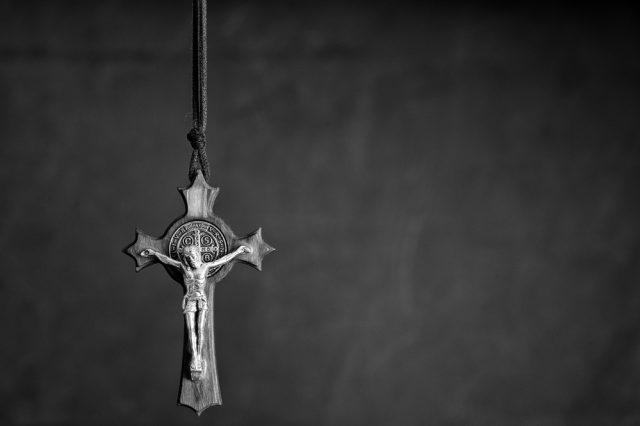 It is believed that, from the top of the scientific knowledge patiently acquired in centuries of human history, superstition – even the most perverse and blind form of superstition – has now been relegated and definitively handed over to a remote past. In reality, this is not the case. Even the contemporary age is marked by recurrent episodes worthy of ancient stories, when superstition and beliefs permeated and conditioned every aspect of society and daily life.

Polistena is a town of just over 10 thousand inhabitants in the province of Reggio Calabria, located in the plain of Gioia Tauro in the south of Italy. A predominantly agricultural territory, still steeped in archaic cultures and beliefs. We are in 1994.

Michele Politanò, 23, and Laura Lumicisi, 20, have recently had a daughter, Maria Ilenia. Simple, humble, uneducated people, imbued with that popular culture, deeply Christian and devout, which now clashes with the knowledge of the late twentieth century.

Maria Ilenia, like many newborns, cries often. Repeated, continuous, incessant, certainly nerve-wracking cryings, but still crying of an innocent newborn. Maria Ilenia suffers, and she finds peace and relief only in the few hours of sleep, her mother Laura suffers, inevitably psychologically and physically tried by the first, hard week as a new mother. It is in this phase, therefore, that the substratum, the humus of superstitions, beliefs and religious fundamentalism that will tragically characterize the fate of the Politanò family, takes over.

Her parents believe that Maria Ilenia is possessed by the Devil. Even the mother speaks of strange noises coming from the family houses. Presences that Laura also feels during the nine months of pregnancy. But they are only suggestion and fantasies, nothing more. According to Laura Lumicisi and Michele Politanò, Maria Ilenia’s incessant tears are the result of a demonic possession. Mary Ilenia must be freed from Satan. It’s the beginning of the end.

The family (including Laura’s mother, Rosina), after turning to priests and having tried in vain to drive the Evil out of their daughter’s body, turns to other alleged, self-styled gurus and exorcists. Other characters, then, come into play. The Politanò couple come into contact with Francesca Giananti, aka Yvette Duvall, a sorceress (or presumed such) of Rome. This sorceress goes to the house of Politanò, where she remains for about twenty days, trying – in vain – to drive the Devil from the body of little Maria Ilenia and from the house itself. The witch had previously informed the family about some events that would occur if they wouldn’t have “hired” her: the child would die within six months, mother Laura would die in childbirth, father Michele in an accident, the grandmother (Laura’s mother) within a year. Afraid of such (unfounded) prophecies, Laura Lumicisi and Michele Politanò ask the Roman witch for help. Giananti presents the bill: 25 million lire (14,500 $), a figure later reduced to 3 million lire (1,700 $). 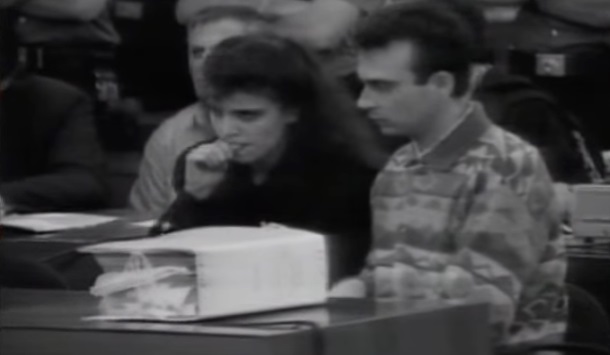 Other figures come onto the scene. They are Vincenzo Fortino, 41 years old, and Domenico Lumicisi, 22, uncles of the little Maria Ilenia. Both are considered, by the community and by the family, talented holy men, exorcists, magicians. But that’s not all. Other characters interact and intervene in this dramatic event: the already mentioned Rosina Lumicisi, 47 years (mother of Laura and grandmother of Maria Ilenia), Vincenzo Lumicisi, 33 years (uncle), Marisa Pettè, 22 years (aunt), Maria Barnabà, 21 years (cousin of Laura) and Mirella Lumicisi, 39 years (wife of the “holy man” and sister of Rosina Lumicisi).

Delirious people. In the course of the exorcism, Domenico Lumicisi believes he is the incarnation of St. Francis of Paola, while Maria Barnabà claims to be Our Lady and Vincenzo Fortini the reincarnation of Saint Pio.

The exorcism begins. Laura, Maria Ilenia’s mother, is absent: she is in church, praying for her daughter to be saved. The girl is placed on a table, bathed with water from Lourdes. At this point, the newborn is beaten and tortured with ferocity and rare cruelty, accompanying the violence with invocations to God and threats to Satan. Suddenly, the improvised exorcists begin to blow on the child’s body, naked on a pillow with open legs. Maria Ilenia is already dead. When it is about noon, the relatives take the child to the hospital: the doctors confirm her death. The autopsy will sanction the causes of her death: strong traumas from shaking all over her body and head traumas from beatings. Her organs are irreparably compromised. The brief investigations will soon clarify the dynamics of what happened and sanction the guilt of the characters involved.

However, a questionable trial procedure will lead, in 1996, to the acquittal – by the Court of Assizes of Palmi – of the whole family of Maria Ilenia (judged as dominated by the holy Fortini and not accomplices), except for the 43-year-old baker of Genzano, Vincenzo Fortini, considered the only material author and responsible for the crime. He will be sentenced to only 18 years of imprisonment. A ruling that is still under discussion for its lack of incisiveness. The medias of the time describe Ida Magli, an anthropologist who died on 21 February 2016, as particularly furious with the sentences of the Court of Assizes: she would have liked to have condemned the whole family, as well as life imprisonment for the Fortini.

Francesca Giananti, the so-called sorceress of Rome, although absent from the deadly exorcism, will be sentenced to one year and 8 months imprisonment for fraud. A process of trial, therefore, that leads to mild sentences, after a crime of rare brutality.

An infanticide, the one committed against Maria Ilenia Politanò, one of the most ruthless in the history of Italy. A crime that is the result of ignorance, of an archaic vision of everyday life. Superstition and a distorted Christianity mixed with a provincial and rural paganism are mixed to the point of producing a result of abominable cruelty. A story, from many points of view, that is squalid, filthy. It has often been written, paraphrasing the words of his mother Laura (understandably proven by the death of her daughter but, in any case and it is good to remember, accomplice in the crime), that the “too much love of the parents led to the death of little Maria Ilenia”. In reality, the only fatal ingredients of this story are ignorance and superstition.

A story of cronaca nera (crime) from the numerous executioners and a single victim: Maria Ilenia. It was September 1994. Maria Ilenia was only 50 days old.