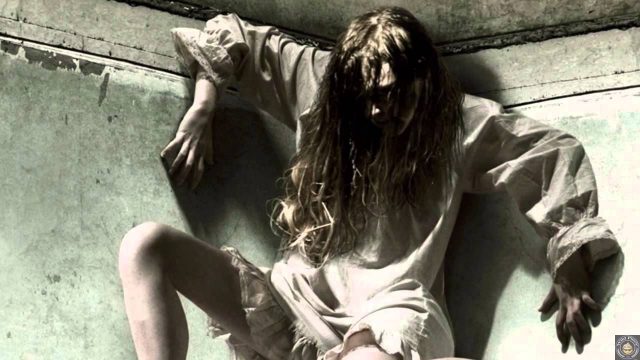 The Exorcism of Earling is not as famous as that of Anneliese Michel, but it sure is just as terrifying.

This exorcism inspired the movie “The Exorcism of Anna Ecklund”, but the name of the protagonist of the real story is not known. For convenience, I’ll call her Anna anyway.

The girl in question had been possessed by the devil at the age of 14, following the curse that her father had put on her after she refused an incestuous relationship with him.

After a first exorcism was successful, her father’s lover, who practiced black magic, cursed her again ensuring that Satan took again possession of Anna.

The exorcism is described in the brochure “Vade Satana” written by Reverend Carl Vogl in German and then translated into English in 1935.

After reading it, I am ready to tell the story of the exorcism of Anne Ecklund. 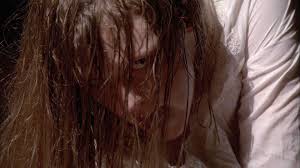 Anna is a girl who lives in the United States. Born in 1882, she attended only primary school and is a very religious girl who often goes to church and received the Eucharist.

As a teenager, Anna has to deal with the depraved approaches of her father that wants to force an incestuous relationship with her.

Anna, however, resists the approaches and continues her life in religious morality. However, after her 14th birthday, something begins to change.

She begins to feel a bad feeling when she enters the church, sometimes feeling the urge to break the holy water fonts and to try out some terrible sexual impulses that undermines her virginity.

Initially, she manages to hold off these strange feelings, but then they take over, she becomes violent and thinks she’s gone mad.

In subsequent years her mother will take her to various doctors and specialists fearing that her daughter is really crazy. But amazingly, every single doctor says that Anna is perfectly healthy.

Not knowing where to turn, and since the symptoms are getting worse, Anna’s mother decides to turn to the Church.

Reverend Theophilus Riesinger, a Capuchin monk of German origin and an experienced exorcist, is mandated to monitor her case and after some time of observation comes to the conclusion that Anna is possessed.

In 1912 he performs an exorcism that gives the desired result and Anna is free from the demon that possesses her.

Unfortunately, this peace will not last long.

The curse of Mina 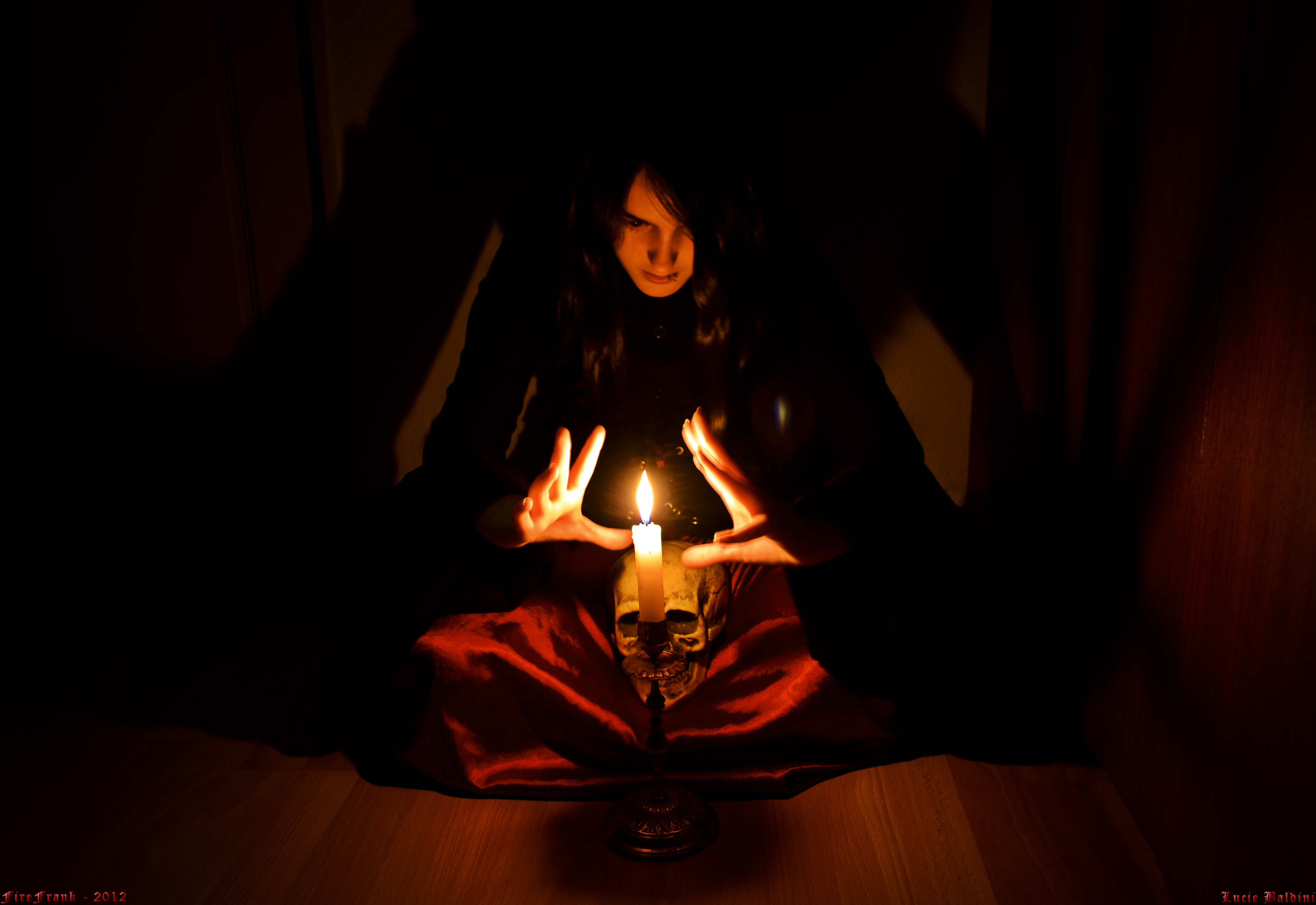 Anna’s father had a mistress named Mina who practiced black magic. The latter had cursed some herbs which then had put in Anna food, causing a second demonic possession.

The Bible says that if a demon is cast out, when they come back it will be with “seven other demons more evil than him.”

The Reverend is called again and again performs studies on Anna. At the end of his remarks he decides to carry out a second exorcism.

Anna will be brought to Earling and an exorcism is performed in an isolated monastery to try to attract as little attention as possible. At this point, the monk says that the girl’s name will not be revealed in order to protect her identity.

The Exorcism of Anna Ecklund 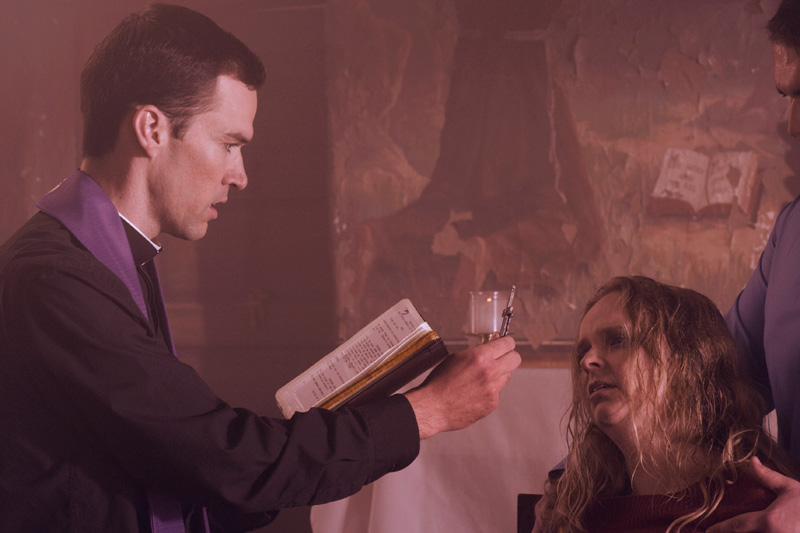 Anna is brought into the convent and immediately proves hostile to the sacred and blessed objects. She even manages to distinguish when an object has been blessed from a normal one.

Immediately she is carried into one of the rooms of the convent and is bound to prevent her from hurting herself and others. In addition, some of the strongest nuns hold her steady on the bed.

Father Theophilus has just begun the initial prayers, when the girl falls into a state of unconsciousness that will endure throughout the ritual.

As soon as the priest pronounces the formula of exorcism, Anna is freed from the grip of the nuns, leaps up and her body ends up on a wall above the door of the room, and it stays there, stuck to the wall, supported by a supernatural force.

Those present can, with difficulty, drag her to the ground and put her back to bed. The priest continues his prayers and Satan begins to emit his terrible things through the body of poor Anna.

The sounds that Anna emits are not human, they are animal-like ways, as a crazed herd, and are so strong that the local farmers are beginning to hear them.

Before long, groups of people arrive at the convent, wondering what’s going on.

When they understand that it is an exorcism and after the verses and the howls and grunts of Anna become more intense, many viewers flee in fear.

If the demonic sounds were unbearable for them, imagine how they must feel those who were attending the exorcism.

The sisters begin to take turns, unable to endure the situation for too long. The only who seems calm is Father Theophilus, as he is accustomed to exorcisms.

Things get worse when prayers are increased. The demons cause vomit, urine and excrement to be thrown from Anna’s body spit.

The devil makes her expel fluids from 10 to 20 times a day, being able to fill buckets. Then, Anna begins to throw up strange things, including tobacco leaves.

The stench is nauseating, the grunts continue and staying in Anna’s room is becoming more difficult. 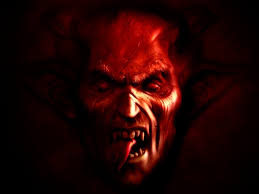 During the exorcism the priest is able to speak with the various demons inside of Anna. Among them is Judas Iscariot, who had tried to push her to madness and suicide.

And it is here that the priest discovers the reason for the possession of Anna, since it is the lost souls of her father and his concubine haunting the girl that explain, compelled by force of exorcism, why they have cursed her.

As the days pass, Anna’s body swells and deforms more and more. At one point, it is so disfigured that her body has become a bloated, shapeless mass and nuns turn away from her bed, fearing she may explode.

Then, Anna becomes increasingly heavy, she becomes rigid and heavy as concrete and her weight bends the bedrail.

The exorcism lasts 23 days in total, but is performed on 3 different occasions, from August to December 1928, to allow the body of the girl, and the sisters, to recuperate.

Eventually, Anna is freed from the demons that torment her and her case became famous through word of mouth of the peasants who had heard her inhuman screams.