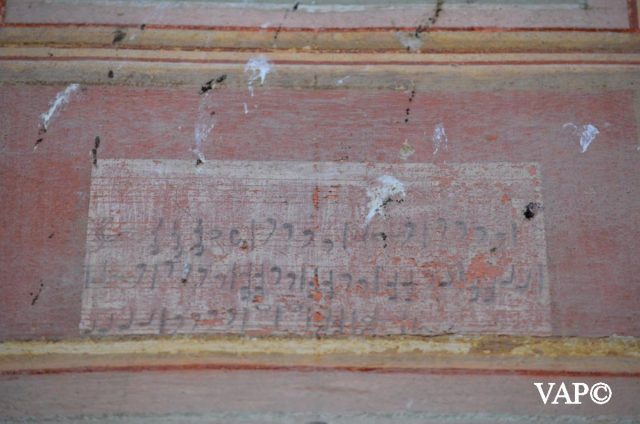 The Principality of Lucedio is located in the province of Vercelli and is now a winery. During the seventeenth century, however, it seems that this place was center-stage for very strange and sinister events.

This is the story of the Devil’s score.

The Sabbath in the cemetery

It is said that in 1684, in the cemetery of Darola, in the Principality of Lucedio, some witches organized a Sabbath.

Following the ritual a demon appeared, who once freed, decided to seize the souls of some monks residing in the nearby abbey.

The abbey in question is that of Santa Maria Lucedio, home to Cistercian monks from Burgundy.

The monks were possessed by evil and began to celebrate black masses in the nearby church of Madonna delle Vigne, as well as to abuse novices and torture poor beggars.

These terrible actions continued for 100 years thanks to the isolation of the Abbey. But when the word spread of the terrible abuses, in 1784, the Pope decided to send an exorcist to liberate those places from the evil presence.

The Exorcist was able to defeat the demon and to relegate it in a crypt of the church. Then he placed the mummified abbots guarding the devil, sitting in a circle on benches.

The pontiff ordered then for the abbey to be closed and desecrated the church. It is said that sacred music was composed, in order to reinforce the seal imprisoning the demon.

The music in question was painted in a fresco in the church hall, represented an organ with a score.

This score, however, has an oddity: it is two-faced. That can be played either normally, reading it from top to bottom and from left to right, or on the contrary, from the bottom upwards and from right to left.

Legend or reality? The church and the score still exist, but only a tower is left of the previous existing abbey.

Would you have the courage to play the score on the contrary within the church?