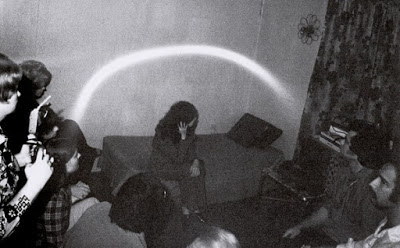 Doris Bither was an American woman at the centre of a great mystery and the most documented paranormal event in history.

The story of Doris Bither

Doris was a woman, about 30 years old, who led a disastrous life: she was a single mother of four whom she had with four different men, was an alcoholic and suffered from emotional problems.

One day, in 1974, she was in a bookstore when she heard two men talking about haunted houses. She then approached the strangers and told them that her house was haunted too. Doris did not know it yet, but those men were Kerry Gaynor, a paranormal researcher, and his partner Dr. Barry Taff from the University of California, Los Angeles (UCLA).

The two seemed interested in her story, but after learning the background of the woman they began to have serious doubts about her claims. Still, they decided to have a look at the house, which they visited on Aug. 22nd, 1974.

Once inside they saw that the house was smelly, full of garbage and dirty dishes. Doris did not seem to cooperate with the two researchers, and treated them with hostility, to the astonishment of the two.

After all she was the one who had been talking to them about the infestations. Without her cooperation the study could not be carried out, and the two researchers left.

A few days later, however, Dr. Taff received a call from Doris asking again for help because things were getting worse.

Doris claimed that there were four entities in the house responsible for paranormal acts.

One of these could be seen quite regularly and was harmless. It was the spirit of an old man who was often seen by her children, now familiar with him, who called him “Mr. Who’s it”.

The researchers began to notice the phenomena described by Doris: dishes and cookware that levitated, objects that moved or were thrown by unseen forces.

What they immediately noticed was that these weren’t ordinary poltergeist, but real evil forces that had begun to physically attack the family. 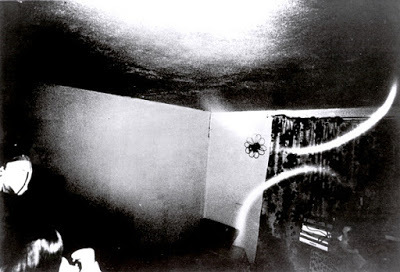 The evil entities were three and would physically attack the Bither family members, especially Doris who was a victim of the most violent attacks.

If children were pushed around every now and then, Doris said that while two entities held her down while third raped her.

Gaynor and Dr. Taff struggled to believe this story, but they had to change their mind when some witnesses reported seeing Doris being slapped and hit by something invisible and then pushed and held against a wall.

Examined by a doctor, Doris also had wounds commonly found in rape victims.

Dr. Taff then organized a group of investigators, also made up of professional photographers and cameramen, to document the case. After several days went by without any event, Doris began to yell at the entities to provoke them.

Immediately a green mist began to pervade the living room and the torso of a man without arms nor legs nor head. Began to appear.

Unfortunately when they rewatched the movie, nothing was left on film and the only photo that was made public is that of Doris sitting on her bed, with a light arc surrounding her.

The research was completed; Doris did not receive any help for her alcoholism nor for her emotional problems and decided to move to Texas.

According to her son, she died in 1995 of lung related illness.