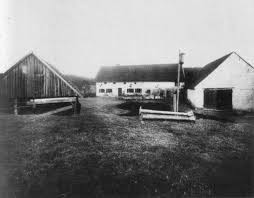 Hinterkaifeck is the name of a farm in Germany where, until 1922 the Gruber family lived. The family consisted of Andreas Gruber and his wife Cazila, their daughter Viktoria, who was a widow and Victoria’ssons, Cazila and Josef.

The farm was big but quite isolated from the village and was located near a forest. In March 1922 some strange things began to happen and Andreas talked about it with friends in the village.

To begin, one day he was some footprint in the snow going from the forest to the house, but no prints going back.

A few days later a set of house keys disappeared and they heard footsteps coming from the attic, but despite that no one warned the police.

Add to this the fact that a few months before the housekeeper was fired out of the blue claiming that the house was haunted.

Andreas then hired a new maid who took service on March 31st, 1922, the day when she also found her death. 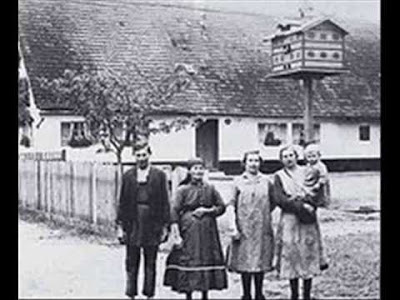 On April 4th, 1922, people began to notice the absence of the Gruber family and the police was alerted.

When they went there they found the bodies of all the family members tortured with a pickax. No one had survived.

The family members had been drawn into the barn at different times and killed there. It is thought that the small Cazila was the last to die because

on her hands strands of her own hair were found, as if they had been pulled out in terror after seeing the bodies of the others.

Death dates back to the night of 31st March, but the village saw smoke coming out of the farm’s chimney after that date. Investigators found in fact the animals cared for and fed and recent remains of food in the kitchen.

Whoever had killed the Gruber family had stopped a few days to live on the farm.

But who could have been, and why? The idea of a robbery was excluded immediately because there were neither money nor valuables in the house.

The investigation unfortunately resulted fruitless and, although there had been 100 people suspected, no one was ever arrested for the crime.

The murders of the farm are a crime and a mystery still unsolved today and many amateur detectives are still trying to solve them.

German police had opened further investigation in 2007 to carry out analysis using modern methods, but unfortunately much evidence have been lost and too much time has passed in order to find an answer.

However it was found that only one main suspect was not mentioned in the police report in respect of the living relatives.